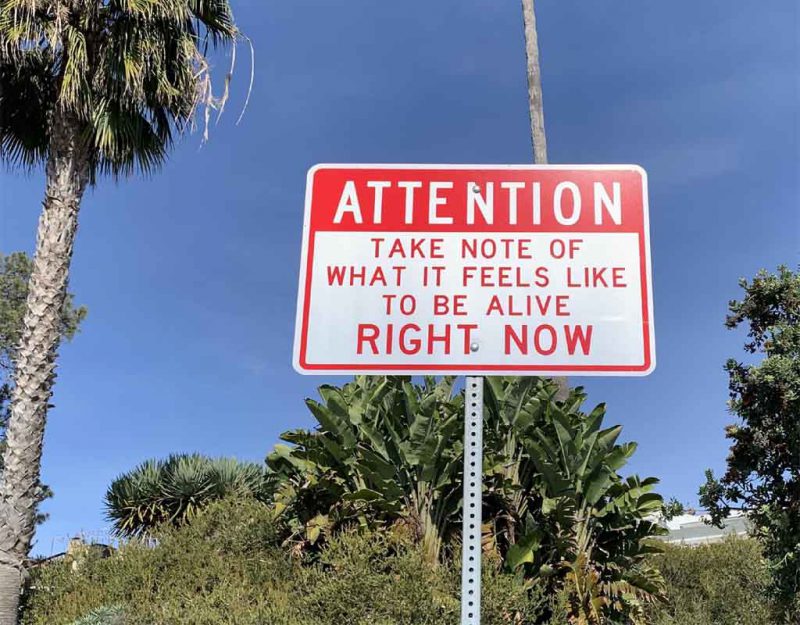 When they write the obituary for this time, it will prominently feature neurosis. That psychological phenomenon consists of confusing one cause of an effect with another, such as the case where your first kiss happened on a summer day, and now you get angsty when the sun comes out because that girlfriend left you shortly after the kiss.

Our modern neurosis comes about because we confuse the universal with the real. That is, we confuse a perception that everyone can share with something that is a trait of the universe, and forget that if any “universals” actually exist, they are probably beyond our ken as a group.

In other words, we are constructing false universals, or projections of what humans like simply because other humans like them. This creates an echo chamber which snowballs into a type of gang infection which then takes over any group and destroys it.

Humanity is just about down to its last gallon of gas, as far as its inner energy goes. Everything we do gets destroyed over time by the insanity. This makes it pointless to do anything but satisfy our own urges, and that gets boring after awhile.

Modernity defined itself by neurosis when it adopted the idea of universals as human thoughts — truths, values, communications — instead of the idea of an objective world with universal patterns of cause, as Plato advocated.

When we think in terms of universal thoughts, communications, and values, we restrict our thinking to what we think is appropriate for all of humanity. As in a committee, we discipline our hopes to the compromise that we think will come about eventually.

This neurosis allows us to feel personal significance when participating in a group event. Whether voting in an election, watching a rock concert, listening to a stirring sermon, or joining a rioting mob, modern people feel significance in their contact with the universal.

That dual projection allows them to rely on feelings and not thought. Their whole existence hinges on the question of whether they feel in unison with the group. They see themselves in it, and it in themselves, making them both individualistic and totally conformist.

In fact, modernity has produced the worst form of conformist, or the conformist who is unaware that he is a conformist because he has changed the outward arrangement of his appearance. The hipster with his ironic tattoos, retro-motley clothing, and “unique, different, and iconoclastic” hobbies presents us with the archetype, but most of modernity simply involves the re-mix, or taking known items and re-arranging them in some absurd, unconventional way in order to claim personal uniqueness.

This neurosis gives rise to a subtly awful attribute of modern behavior, “Nice.” People who are nice view the world as an extension of the social mentality. Do they want immigrants to starve? No, so bring them here. People are poor? Give them money. Other countries are offended by our power? OK, we will act weak so they feel OK.

Nice people ruin the world by always giving in to the inevitable compromise instead of taking a strong stance in favor of standards, excellence, or even just quality. In order to make others happy, they give up on structure, order, and even having goals in common.

If you want to tear down a civilization, make it “nice.” People gravitate toward nice because it makes them socially popular, which makes them well-known, and therefore natural candidates for promotions and opportunities.

At the core of nice we see a confusion between cause and effect. This arises from the confusion in “nice” about means and ends. If you want to be nice, do you mean that you want nice methods, or that you want ultimately good results?

If we measure by methods, you get people who go with the compromise, consensus, hive-mind, or dominant trend every time, because as a method, going with the flow is more popular. If we consider ends, then any method can be used so long as it produces good results.

Someone who is “nice” in terms of ends (goals and results) will not seem very “nice” in terms of methods (appearance and politics) because they will be constantly restraining people from that which will damage or destroy them or others.

We can imagine a complete tyrant in an authoritarian state who rules for the sake of his people. His secret police are constantly killing bad guys and stopping ordinary people from going down the path of doing bad things. Everyone lives good, healthy lives.

At the same time, we can imagine a complete tyrant who uses “nice” as a method. He permits total anarchy, legalizes all drugs and behaviors, and basically allows disorder to take over his society. Results are bad, but everyone feels good.

Modern society resembles the latter tyrant. It espouses the individual rights demanded by The Enlightenment™ and enforced through civil/human rights law, which in turn makes an entirely chaotic society, allowing government to grow as it claims to fix all of those problems.

Confusing ends and means shows also a confusion of cause and effect. Nice methods do not cause nice societies; if anything, nice methods are an effect of the cause that is a nice society, which requires un-nice methods in order to exist.

Humans caught in neurosis confuse cause and effect because they see the effect as the goal of the group, and think that if the whole group just acts toward that effect, it can compensate for the lack of cause.

Consider a real-world example: the group decides that poverty should end. It can address cause (why people are not producing) or effect (they have no money). Since cause is difficult, varied, and particular to each case, it is easier to look at the effect, and give the poor money.

In this the individual also projects onto the group. If he were poor, the individual reckons, he would not want someone else figuring out what he should do; he would want the money. He assumes that this is universal, because he wants it, and figures that the group should support it.

Living in a neurotic time, we remain hopelessly confused about the actual causes of our misery. We blame capitalism for the effects of high taxes; we accuse our elites of the bad behavior of the herd; we attack politicians for the bad choices of voters.

When you confuse cause and effect, you can reason only in terms of symbols. That is, you select which effect you want, and demand it from someone else. This leads to muddled thinking since you never actually have a clear intention of a change in the world, only a result you want to see.

This type of thinking represents the downfall of centralized systems, even lightly centralized ones like social groups. People think in terms of what they want, not how the world works and therefore why structural things should be changed. They simply demand results from others.

Symbolic thinking tends to be of the yes/no variety, with some symbols representing universal “good” and others standing for universal “bad.” You find a reason to argue that what you want is good, and use that as the basis of your demand.

This means that all of our “thinking” consists of justification, pretext, rationalization, and excuse based on what society already accepts as universal good. You choose what you can explain in terms of the universal concepts that are already accepted.

Naturally, this leads right back to the same big ideas that please everyone, like equality and pacifism.

Many on the Right have argued that we need to be less “nice.” I disagree, in that our nice-ness is much of what makes Western Europeans fun. Instead, I suggest we transition our “nice” from method to outcome.

That means that you are not “nice” if you propose a policy that runs the nation into debt, increases the number of poor, and raises crime, even if you intended to help those poor. The road to Hell is paved with good intentions, and all that.

Instead of basing our decisions on how “nice” people behave, and then justifying ourselves on that basis, we should simply act in a way that produces nice outcomes. Our ancestors did this because they understood their place in a natural order, and we would do well to reclaim that.