A Libertarian Case For Ending Diversity 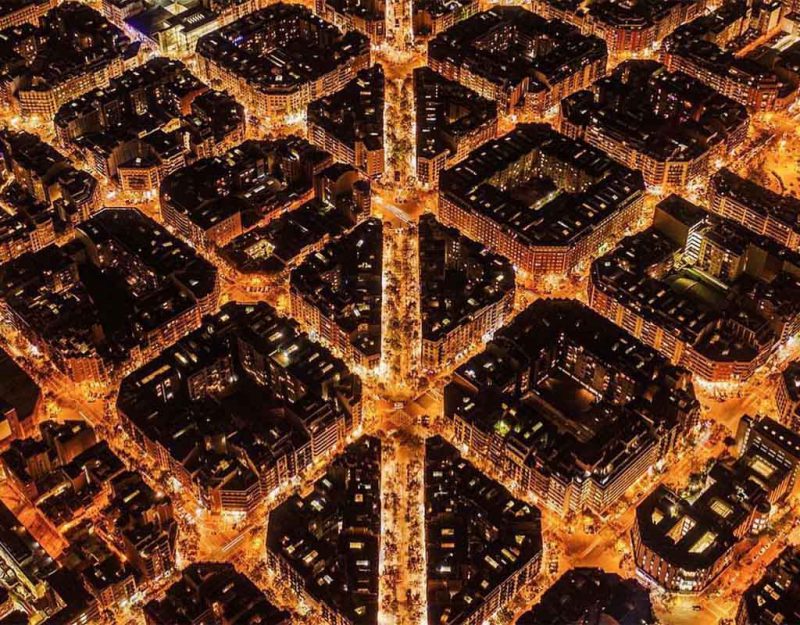 Libertarians tend to see the world as consisting of markets, or places where people trade goods and services for currency. This explains many things, but does not address the question of value, or how much benefit people derive from things that are not being sold.

If you want a higher-level view, information science sees the world as a series of exchanges in which information is traded for energy. This recognizes that value most fundamentally consists of context, or the ability to be part of the pattern of events that causes other things to happen.

Consider a grand old house. You can have the best house in the world, but technically it is worth nothing until you sell it, and then the price is set. However, that house may bestow value to you and the neighborhood, through aesthetics, as a landmark, or in conserving green space.

Where libertarianism recognizes value once things are sold, information science recognizes the value in what people do not want to sell. This enables it to re-frame markets in terms that libertarians would not see, but reflect the human side — culture, individuality, history — of value.

Most libertarians argue for open borders in terms of the transactional model, but libertopian Eric S. Raymond has started to recognize the value of the intangible as translated into market value:

One of the intangible assets I benefit from as an American – and which I would expect libertopia to have – is that in my society, I can usually make handshake deals with strangers and expect them to be honored. I live in a context of what people who study this sort of thing call “high social trust”. (In part because I avoid the places in the U.S. where social trust levels are low.)

This is more important than anyone who has never lived outside a high-trust society really understands. In low-trust societies, you can’t count on anyone outside your family or tribe not to betray an agreement for short-term advantage. Large-scale cooperation is difficult. Rates of crime and violence are high, the law is unreliable, and at the extreme blood feuds are a common way of pursuing disputes.

The sociologist Robert Putnam is now (in)famous for noticing that diversity – whether it’s linguistic, ethno-racial, or religious – erodes social trust. This is why in “diverse” societies people tend to self-segregate into groups of like kind; they want to deal with neighbors whose behavior they can predict. But what Putnam found is that diversity does not merely erode trust across groups; it erodes trust within them as well.

If I’m a citizen of libertopia, one of the things I want defended with my crime-insurance premiums is the high trust level of my society.

He is referring to the Robert Putnam research on the downside of diversity which we have covered here for some years. Worth seeing also is follow-up research from Denmark and Sweden.

This also applies to the fundamental argument made on this site, that diversity is our problem, not the specific ethnic groups involved. Diversity does not work no matter how high-IQ, nice, and low-crime the groups involved are.

As a bigger point here, which applies to nationalism as well, there is a value to high trust societies. This does not translate into sale value, at least immediately, but is discernible in terms of indirect value like social efficiency, how highly the civilization is prized, and the mental health and thus accuracy and efficiency of the people in that society.

This means that we can attribute a value to culture and through it, to living in a nationalist state. It is more valuable to live in a high-trust homogeneous state than a low-trust heterogeneous one, even if they are comparable in terms of demand value at the time of sales.

Raymond recognizes that desire to avoid the damage done to a society by diversity, and not “racism” per se, is what drove the populist revolution:

I now understand that the core complaint of the anti-immigration Trump voters isn’t even about illegals low-balling them out of jobs, although that’s certainly a factor. It’s “I want to keep the high level of social trust I grew up with, and I see mass immigration – especially mass illegal immigration – eroding that.” They think the political elites of both parties, and corporations profit-taking in the labor market, are throwing away that intangible asset to plump up a bit more power and profit.

This leads us to ask what other intangibles have been thrown away in the West over the past 250 years of democracy, such as culture, customs, continuity with past and future, heritage, faith, and the value of competent leadership?

We have traded long-term value for sales value, and in doing so, have made ourselves into people with short attention spans and no acknowledgement of the value of a simple life, in a thriving civilization, with a framework of genetics, behaviors, aesthetics, and values compatible with our own inherent inclinations.

I have written in the past of the value of intangibles, and Raymond gives us a simple way to convert them: people would pay more to live in a thriving, stable, and healthy society than a distrustful, chaotic, and failing one.

Only nationalism — having one ethnic group per nation — gives us the basis of the former. To it, we can add the value of other things, such as more stable leadership than democracy, future orientation, homeostatic natural selection, and of course, having a strong consistent culture.

New fields are opening up to us in which people see how much we have lost, and realize how much more they would pay to live in even 1980s USA versus the post-Clinton era. If they look further, they see that they may be able to opt to live in a traditional society in the future, and it will be more valuable than the liberalized ruins around it.