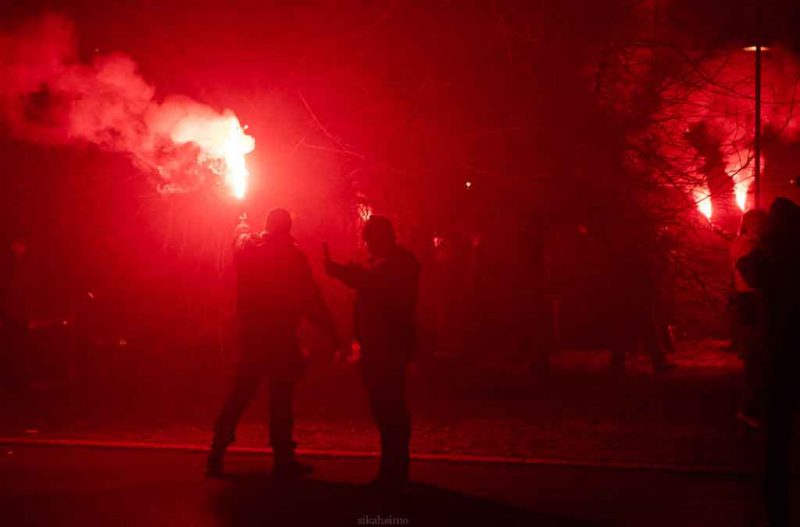 Under Barack Obama, a series of “color revolutions” tore up the Arab world and later, Eastern Europe. These consisted of people suddenly mobilizing to make mass protests enabled by technology in which they demanded democratic reform, leading to the overthrow of strong leaders and their replacement with neurotic kleptomaniac democracies.

And then — it seemed — the color revolutions faded from the news. We just did not hear about them anymore, as as happens in any society dedicated to the individual or the group and not to some transcendent or metaphysical objective, the knowledge of those formerly current ideas no longer served to flatter the individual by making them look “informed,” and so poof! the notion of color revolutions vanished into the memory hole that kicks up every weekend, pay period, and vacation season.

However, ideas have a way of taking on lives of their own. Let’s say that you are the leader of a major world power and you want to change the political elite in another country, but you want to do it in a way that looks totally “organic” and spontaneous. You want it to look like it had absolutely nothing to do with you. You look at those Arab Spring fiascos and at how they all degenerated into civil wars spawning endless radical terror groups with funding trails that are glaringly clear. You want to avoid that, because it would violate the principle of invisibility. You want people to wake up in a changed world, and think nothing of it. You want them to accept it as the “new normal” without even thinking. Thinking is anathema to democracy, after all.

So you draw inspiration from Hollywood. Since people are increasingly disconnected from reality, they are more likely to buy a TV scenario than anything related to real life. For example: the high drama of a leader feuding with his chief political strategist and the latter quitting on less than amicable terms and literally leaving to another continent. The media heavily cover that story, giving it the needed credibility to take off. Visualize the headlines:

One year later, Europe is flaring up into seemingly spontaneous, but well organized nationalist riots shaking up the globalist establishment. Zero links between these riots and Trump can be established. Zero proof that Bannon and Trump are behind this. This is a typical WCW scenario that hooks millions of Pay-per-view fans to their TV screens.

I cannot prove anything of what I just claimed, but It sure looks like this is how a world leader who learns from his predecessors’ mistakes would now act on his promise: shaking the people out of “the false song of globalism” by ending it for them, knowing that they would not have the wisdom to do it themselves, but once it falls, they come to realize how the new reality is good and they were living in slavery to an ideological idea all along.