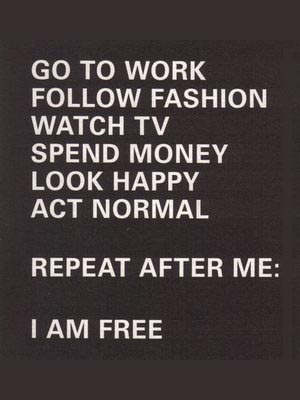 People often expect conservatives to defend society “as it is” as a good thing. This is because people misunderstand the conservative method: we don’t overthrow; we improve.

If you’ve ever watched a committee design anything, you can see why revolutions are dangerous. At first, they know only their grievances. Later, they try to invent a plan. This ends up committee-designed too, which then becomes what the lowest common denominator wants, which is free stuff and no rules.

As a result, revolutions most commonly (a) turn on themselves and initiate a legacy of political infighting and ugly politics and (b) tend to replicate the conditions they found appalling in the first place. A revolution is like firing a gun at random into the night.

Conservatives, on the other hand, prefer to understand grievances as cause/effect propositions: I don’t like y result, which is caused by x cause. Since we know (from history) which cause will produce the result we want, we start working toward that instead.

The problem with the conservative method is that it makes for bad headlines. It looks like we’re doing nothing, and moving slowly, and basically don’t care. The liberal method — to dash into the streets and try to whip up some ego-drama as a prelude to protest, then revolution — is much more visually interesting.

However, it’s also self-destructive. It always ends up at “free stuff and no rules” (in our modern parlance, a hybrid of anarchism, socialism and consumerism) which in turn creates social disorder which in turn creates a need for strong, impersonal, dogmatic, dot-your-i’s-and-cross-your-t’s bureaucrats.

What are the real consequences of social disorder, or rather, our focus changing from “achieving/creating” to subsidizing our own citizens as they wallow in discontent?

This summer, at the age of 51â€”not even oldâ€”I watched on a flatscreen as the last Space Shuttle lifted off the pad. I have followed the dwindling of the space program with sadness, even bitterness. Whereâ€™s my donut-shaped space station? Whereâ€™s my ticket to Mars? Until recently, though, I have kept my feelings to myself. Space exploration has always had its detractors. To complain about its demise is to expose oneself to attack from those who have no sympathy that an affluent, middle-aged white American has not lived to see his boyhood fantasies fulfilled.

Still, I worry that our inability to match the achievements of the 1960s space program might be symptomatic of a general failure of our society to get big things done. My parents and grandparents witnessed the creation of the airplane, the automobile, nuclear energy, and the computer to name only a few. Scientists and engineers who came of age during the first half of the 20th century could look forward to building things that would solve age-old problems, transform the landscape, build the economy, and provide jobs for the burgeoning middle class that was the basis for our stable democracy. – Neal Stephenson

We either invest our time, money, energy and mental effort into being constructive, or we become inward-looking and give up on those constructive efforts. We either work toward something in common through social order, or break apart into isolated individuals ruled by powerful bureaucrats.

I don’t know about you, but I’d rather live in a community where social order was maintained by local culture and wise elders; I don’t want to trust my fate to numbered forms and distant, disinterested and authoritarian bureaucrats.

What people mistake as a conservative defense of the status quo is in fact a commitment to avoid rash action, and to slowly reform the status quo. Again: this is not exciting. Neither is packing your parachute, but both can save your posterior in free fall.

Our society right now is a bit of a mess, and conservative ideas address all of these problems — but are thwarted by the large number of people, especially on the coasts, who want to get ego-dramatic and make a big show of their protest.

In other words, conservatives aren’t defenders of the status quo; they’re reformers.

What they oppose is the liberal establishment, which is composed of two things: (a) the undifferentiated proles who have found nothing particularly compelling in this life and (b) the moneyed interests that sell them products and thus want to make more of them, while using them as cheap labor.

These undifferentiated workers have one thing in common. They resent society as it is now, and they have extended this to a general resentment of what they identify as the “causes” of this situation. Of course, since these people have not proven particularly good at anything, they always get the causes wrong.

Think about the people you know who have low self-esteem. Weâ€™ll call that person The Patient. The Patient does not see value in himself. He does not consider himself worthy of advancement, of self-transcendence, or self-actualization. Instead, The Patient believes he is a bad person, undeserving of success, love, wealth, or happiness. He comes to believe, therefore, that any effort he exerts on his own behalf is doomed to fail because he is such a bad person and does not deserve any success.

But there is this tiny little voice â€” the ego â€” that just wonâ€™t stand for this self-flagellation. So the ego projects The Patientâ€™s self-hate onto The Other as a defense mechanism. They project the self-hate onto the person who is happy, wealthy, successful, and loved. Now, it is The Other who becomes the object of hate. â€œWhy should he have everything? What has he done to deserve all this? Iâ€™m not the bad person, he is.â€ As a friendâ€™s Facebook quote said just today, â€œHaters donâ€™t really hate you, they hate themselves because you are a reflection of what they wish to be.â€

When you see people raging against the modern world in an excess of misery, you are seeing them project themselves in the same way revolutions project themselves: with a misidentified cause, no clear sense of solution, and mostly just a raging ego acting out of line.

Conservatives acknowledge the problems of this modern world. In our view, liberalism created most of them; many of the others arise naturally as we try to incorporate new technologies and learning into our lives. The point is not to defend the status quo as a whole, but to find a plan for changing it to a better form.

As pundits, conservatives tend to lay down a lot of rhetoric about getting people into jobs and off of the parasitism plan. This is not because we love cubicle slavery any more than you do. It’s part of a larger plan to convert this society from blaming its problems on others, to making an effort to fix those problems.

You might think from looking at the political propaganda out there that conservatives defend society as it is, and liberals oppose it. The opposite is true: conservatives dislike modern society and consider it an amoral abhorrence that enslaves good people to menial tasks for little reward. And the ideas of liberals, starting in 1789 with the manic demands for equality, have created this nightmare. The only solution to it is to return to conservative values and adapt them to the new challenges of technology and the global economy.

Do not be fooled: under the pin-stripe suits and talk about family values is a radical notion, which is that by getting away from the liberal totalitarianism of demanding equality, we can let quality shine through again and give people a more meaningful existence, not a plastic and hollow one.

This is the radical tradition underlying conservatism and the end toward which conservatives work. We just don’t do it with radical methods, because radical methods are uncontrollable, and end up creating the same chaos time and again.

These words will not help you when the guy the next cubicle over is busy telling you how we should overthrow the rich, smash religion and burn down the state, etc. but these ideas may explain the often-invisible conservative disdain for the nightmare of modern society.