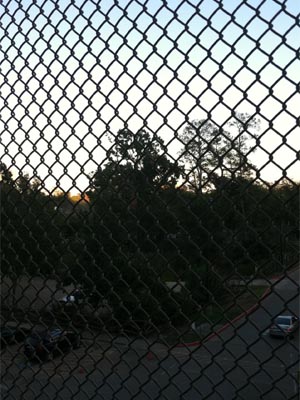 One of their favorite tropes is the “I made a mess, and now you can’t fix it, so I win” theme. Like petulant children, they enact suicidal/insane legislation for the purpose not of achieving its stated goal, but of sabotaging the political process.

Then they dare you to clean up the mess, and throw as many restrictions on it as possible. Use force, and you’re a fascist. Recognize any difference between people, even within your own race, and you’re a Nazi. Give any help to those who have more money and brains and you’re an elitist.

Their biggest claim: any kind of preference for who goes into our communities, by its very nature, will result in violence or genocidal horror.

BIRMINGHAM, Alabama (AP) â€“ Hispanic students have started vanishing from Alabama public schools in the wake of a court ruling that upheld the state’s tough new law cracking down on illegal immigration.

Education officials say scores of immigrant families have withdrawn their children from classes or kept them home this week, afraid that sending the kids to school would draw attention from authorities.

There are no precise statewide numbers. But several districts with large immigrant enrollments â€” from small towns to large urban districts â€” reported a sudden exodus of children from Hispanic families, some of whom told officials they would leave the state to avoid trouble with the law, which requires schools to check students’ immigration status. – USA Today

When you make a mockery of your own laws and don’t even enforce those (e.g. when your celebrities/politicians take drugs, drive drunk, slander each other and get away with it) then you are telling the world your laws aren’t serious.

If you compound that problem by promising not only to not enforce those laws, but also to give any lawbreakers free medical care, entitlement programs, relatively well-paying jobs, and also to fight against anyone who wants to exclude them, you’ve set up a freebie.

And then people take advantage of it.

But if you reverse that process, and cut out the freebies and turn off the WELCOME sign, suddenly you have an exodus in the opposite direction:

The exodus of Hispanic immigrants began just hours after a federal judge in Birmingham upheld most provisions of the stateâ€™s far-reaching immigration enforcement law.

The judge, Sharon Lovelace Blackburn, upheld the parts of the law allowing state and local police to ask for immigration papers during routine traffic stops, rendering most contracts with illegal immigrants unenforceable and requiring schools to ascertain the immigration status of children at registration time.

When Judge Blackburn was finished, Alabama was left with what the governor called â€œthe strongest immigration law in this country.â€ It went into effect immediately, though her ruling is being appealed by the Justice Department and a coalition of civil rights groups. – New York Times

The globalists will tell you this is an action against illegal immigrants, like an act of war. In fact, it’s not an act against them at all — it’s simply establishing local standards. Obey the law. Decide if you’re Mexican or American.

And by the way, we like being who we are and don’t want to be forced to trust and include others. That is part of “freedom” after all, but it’s also part of all human societies: a strong identity leads to a strong shared values code, which means you don’t need as many police and government officials.

All that has happened here is that we have removed the freebie, and people are voluntarily complying. No violence has occurred.

Now imagine what would happen if we removed all anti-discrimination legislation, all entitlements except job insurance and bulk purchase health insurance (the “Swiss model” lite), and demanded that people in this country show either citizenship or a green card?

Our illegal immigrant problem would vanish overnight — by leaving on its own two feet.

As globalism fails, with the recent recession being only the latest little hiccup, people are getting more cynical and right-wing. It’s dawning on them that the promises made by globalists are like the promises made by television commercials: they sound like your friend, but you are the product.

With this awareness, people are turning on the notion that all people are equal — or in other terms, all people are generic and just await molding by a Nanny State government. We’re not all the same and no one wants to be. Mexicans want to be Mexicans, and European-derived states want to stay that way.

As the illusions die, look for people making more of these choices. Do I want to live around people who are like me, who share my values? Do I want to give up some freedoms (drugs, sexual revolution, rampant consumerism, fast food, cheap lawn care) to live in a more stable, safe and family-friendly place?

The conservative revolution is just warming up. The best part: it’s entirely non-violent.