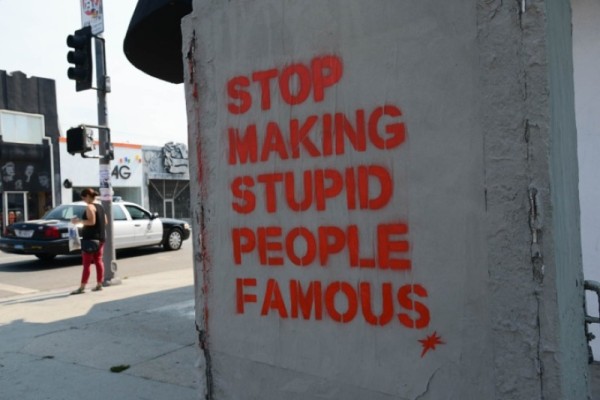 As noted before, few people know what to make of the millennial generation. They tend to either portray them as saints, or as narcissists, without much analysis into why.

Part of the reason for this lack of analysis is the simple fact of time and causality. Millennials are the product of past generations, both biologically and in terms of how the decisions of those generations shaped our society.

In other words, when we look at millennials, it doesn’t make sense to judge them in a vacuum. We have to judge the decisions that produced them, including changes in our social, educational and political system.

It sounds somewhat cynical to say this, but while people aren’t “products” of their environment, they are influenced by it. Children especially take what they are taught at face value and continue to do so until their 30s or 40s.

The primary concerns vocalized about millennials are their narcissism, media addiction, political correctness and sense of entitlement. All of these point to coping behavior for an underlying symptom.

The ugly fact about millennials is that they show the signs of something we should have after several wars learned to recognize: PTSD and/or abuse victim behavior. They show the signs of being imprinted by a stressful event and then, in order to keep going, normalizing that sort of event. Let’s look back at the events in their lives.

I identify the millennials as those born from the late 1970s through late 1990s, depending on where they grew up since social trends hit across the country at different speeds. These kids inherited the full blast results of the 1968 leftward swing in the West, caused by the student rebellions in Europe and the hippies in the USA.

During those upheavals, “new” ideas (from 1789) were injected into public education, public television and news, and society at large. These were: birth control, abortion, multiculturalism, equality with subsidies/welfare, moral relativism and atheism.

While the 1968 people — Baby Boomers — advanced these ideas as theory, it was the millennials who grew up under them. Generation X didn’t, at least until the mid-1970s, because they still had the older generations teaching them. It was when the hippies grew up and took over that the zombie ritual really began.

Millennials act like people who have been through a traumatic event and expect it to repeat. In a Stockholm Syndrome pattern, they are squeakily and dogmatically PC to the point where to Generation Xers they come across as downright Soviet human robots. Why this? It was what got their Baby Boomer teachers off their backs.

What about their narcissism and entitlement? This is more Baby Boomer teaching, which amounts to a parallel with classic Socialist/Communist ideals. The principle there is reward before performance, which is translated into “self-esteem boosting” exercises such as convincing everyone that they’re special, that they’re important, etc.

But the flip side of this is that you have to tolerate everyone else. Much as it did in Russia, this has produced in the USA a group of people who are entirely insulated in their own bubbles. Stay aloof lest others ask something from you; in the meantime, demand whatever you can and don’t think about the consequences beyond the individual and the present moment. That is the consequence of self-esteem building: it makes precious snowflakes out of everyone, which makes people want to avoid each others’ drama while keeping their own demands from society high. It has become an exercise in gaming the system.

Narcissism also fits in with those who have been abused or experience PTSD. They have fallen into a world of themselves, mainly because the world is too chaotic and threatening. These conditions verge on schizophrenia because the feedback loop with external reality has been interrupted and replaced by a need for self-validation in the absence of clear instructions. This occurs in any situation where an abuser becomes the master and final word, or plays God in other terms. The abusee becomes accustomed with the role of following instructions, or doing whatever they want and waiting for the God-figure to intervene and tell them what to do. As also occurred in Soviet Russia, independent thinking or simply noticing reality goes away and people become dependent on authority. Millennials also exhibit this behavior.

While it’s easy to criticize millennials for living in Bubble Worlds, where they act as if they are in a planet constructed of their own minds and the only consequences that matter are their own thoughts, whims or desires, it’s more important to look at the situation that inculcated them in this view. They have never grown up in a stable society. For them, the USA was always a half third-world nation, wracked by crime, corruption, public filth, and with “culture” composed of fast food and horrible pop stars. They grew up with hip-hop, pornography and television violence as the norm. They generally come from broken homes, where divorce, infidelity and familial strife are everyday events. They do not have any expectation of meeting a partner with a low sexual partner count, which is determinative of likelihood of divorce, and thus they expect the same for themselves.

In short, much like abuse victims, millennials have zero expectation that any of the big decisions in life will be determined by their own actions. All is in the hands of the external, in this case the collective formed of other people’s bad decisions and the decision of egalitarian society to defend their right to whatever insanity they can pay for.

Millennial-bashing is too easy, as is letting them off the hook. What they need is a return to non-abusive parenting, one in which it is made clear what is expected from them and what will be rewarded and what will be punished. It would help to have a society that is not chronically unstable, and some constants in their lives like culture, religion and family. It would also be good to replace reward-first systems like self-esteem boosting and welfare with performance-first systems like free markets and actual competition.

Until something like that happens, the millennials are not going to be our only zombie generation. Every generation will be, increasingly so, until we’re left with people like those Communism left behind: rootless, clueless, careless and selfish, yet simultaneously addicted to the state ideology that is both their Saviour and Master.

Houston cuts the wrong programs to benefit the wrong people | Liberalism: a begging the question fallacy