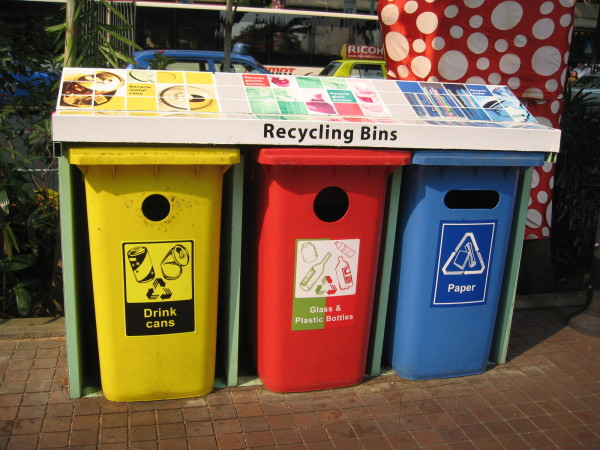 When I was a very young child, I really disliked the idea of democracy. You can even see what happens back then: if you get up in front of the class and offer them a choice between a more interesting semester later, and free ice cream now, ice cream wins out.

There’s an additional layer to this which is that government itself is a contractor of the American people, and like most poorly-managed contractors, it has found a way to pad the billing and expand itself at its employers’ expense. Since 1950, the great government jobs program has been entitlements: welfare, social services, civil rights, immigration, anti-poverty and behavioral modification.

Let’s take a relatively harmless example. The government decides smoking is bad so launches an anti-smoking initiative. This requires advertizing in media, which in turn requires a staff and some media experts. Then the team decides it might do better with street-level interactions like handing out flyers. It hires another 500 people. Then they expand into the schools, and need graphic designers for posters, education experts, and lots of special contractors to help. Then they discover that pre-teens are smoking, and begin a program for that. More people are hired, offices rented, contracts signed, and products ordered.

What does this tell us? Government never gets smaller, and it acts for its own best interests more than ours. Government is based on what it can offer as a plausible excuse to the voters. “I’m doing X because of Y reason,” says government, and Y had better be big, emotional and receiving mass support because then — it’s a blank check. This is why government loves equality-based issues and anti-poverty initiatives. They are wars that can never be won, thus will always employ people until the voters wake up which (looks at window at zombies staggering past) is unlikely.

But there’s a flip side to this: what does government do about actual problems, as opposed to those that simply look good on paper?

Think about it from government’s perspective as an employee. If you’re working on a job, and what you want is a raise and job security, what kind of problems will you elect to take on? We already know that easy, perpetual problems that justify more expansion are popular. But on the flip side, programs that require solutions that can visibly fail are ignored until it’s absolutely the last minute.

One such problem is unraveling in Houston’s trendy West University neighborhood:

The recycling center closure and the proposed collection rate increases are responses to a decrease in the revenues that fund the city’s solid waste services, Peifer said.

“Over the course of the last few years, commodity prices for the sale of recyclables went down 72 percent,” Peifer said.

The recycling center also has seen a 25 percent reduction during the last four years in the volume of materials dropped off there.

So far this looks open and shut. Both revenues and usage dropped. However that doesn’t tell the whole story. Usage dropped in part because hours dropped and there was frequent construction around the recycling center, turning a 15-minute errand into a 45-minute errand. That’ll keep a quarter of the people at home.

Further, note how the response here is different than that of a business. When a business experiences revenue and usage drop, it tries to raise those numbers by being more competitive. In government, what has happened is that an easy perpetual problem has become a hard finite one, and so there’s a chance to actually fail, and so it is abandoned.

Luckily not everyone was fooled:

“The specious and simplistic argument that not enough residents use the facility to justify the expenditure gives lie to the moniker ‘The City that Recycles,’â€‰” [immediate past chairwoman Jan] Kellogg wrote in a letter to Mayor Bob Fry.

“I would argue that if there were any interest on the part of the council or its staff, that the center could be more profitable, but no such dialog ever occurs. Closure is presented as a fait accompli.”

Kellogg noted that consultants who recommended the closure suggested it be done in conjunction with enhancement of the city’s current recycling program, including the resumption of yard waste pick up.

What Kellogg is proposing here is a simple solution: if you close the recycling center, find another method of achieving recycling. That’s common sense, business sense, and how anyone would handle this situation, except government.

The best part about this situation is that it’s nobody’s fault, like most modern problems. The government employees are just trying to move up the ladder to the American Dream. The voters are just trying to pick a plausible-looking solution in the few hours they have per year to consider such things. And people who recycle are trying to find a way to do it that doesn’t require them to be fanatics.

To Europeans, this must be baffling, since recycling seems a gospel there. But in America we have a different gospel — the equality of all people — which mutated into civil rights in 1968. Thus our focus is not on recycling, but on amnesty programs, affirmative action, diversity initiatives, diversity training, political correctness in education and immigration (Houston is a “Sanctuary City” where the police don’t check your citizenship status).

We’re spending our money on all the wrong things. If anything, our plan should be to expand recycling to anywhere there’s a waste bin, including every home (only 100,000 homes in a city of five million so far have curbside recycling). Instead, we’re spending on it vote-buying programs that are basically straight out of 1965: give money to the poor, create a vast apparatus to enforce equality, chant propaganda in every classroom, and set up lots of aid that requires millions of government workers to apply it.

The problem here is both in the contractor and the employer. The contractor is doing what contractors do when badly supervised. The employer, which is We The People, is pretending it can afford to be an observer and critic but not active participant. Then again, We The People also have shown that its judgment is pretty poor, so perhaps the answer is we need some delegated leaders with greater intelligence and nobility of soul to do what the herd can’t do for itself.