Liberalism: a begging the question fallacy 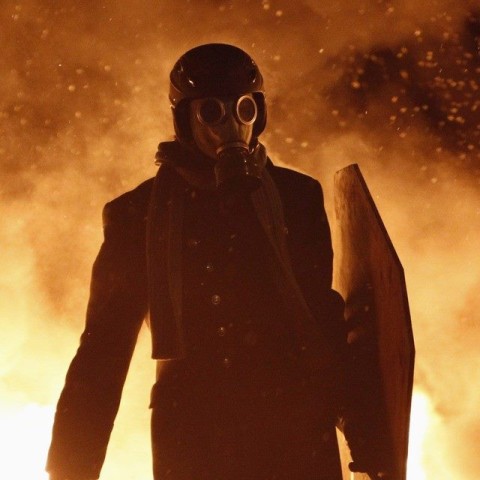 For some time I have considered liberalism to be not a political philosophy, but a sales philosophy. The notion of equality is eternally socially popular because it removes the burden of contribution and fitness to join a group.

As Groucho Marx famously said, “I don’t want to belong to any club that will accept people like me as a member.” He overstated it but the point is that joining a club with low standards is a non-accomplishment, which is why groups with higher standards are valued.

Liberalism removes the standards entirely and in place of the prestige of being a difficult-to-enter club becomes a “well intentioned” club. That means you derive prestige not from being personally fit, but from having the right opinions and meaning well in such a way that people cannot refuse you because of their guilt in the face of your powerful justification.

Viewed from this angle, liberalism becomes a kind of special role like a police officer. You are entitled to go anywhere and do anything because you bring enlightenment, you mean well and you’re going to reform nature. Herein is the fallacy: you are projecting onto other people the idea that your ideas are inherently good and represent an actual improvement.

And those things are not only unproven, but history suggests they are probably incorrect. Progressives, liberals, reformers, Enlightenment and other tropes are as eternal as humanity. They existed in ancient Greece and Rome and every human society ever on earth. The reason for this is that they are justifications that, as a society spins out of control, enable people to rise in power by working around the dysfunctional power structure or by subverting a functional one.

Let’s look at the begging-the-question fallacy:

We can see this in liberalism, which makes use of the “truth of the conclusion is assumed”:

The glitch is in the first phrase where we assume inequality is a big problem. It’s an easy assumption since as we were all taught in kindergarten, if you want to get along with the group, you must treat everyone the same way.

That works in kindergarten class, but that’s really for the convenience of the teachers who then don’t have to listen to complaints. It’s not a metaphysical or even logical rule. It’s a social rule, “how to herd humans 101.”

Here you can see this fallacy in the wild:

What’s so bad about nationalism in general? Perverse moral priorities. Human beings are naturally biased in favor of the groups they identify with; psychologists call this “in-group bias.” Once you recognize this human failing, your moral priority should be bending over backwards to treat out-groups justly.

Humans favor in groups, and that’s unequal; therefore, we should fix this because… because we assume that inequality is the root of all problems of course! It’s a textbook fallacy.

A more sensible approach would be to ask, “Why is it that humans emphasize in-groups?”

A reasonable investigation will reveal, “Because if you want to live in a place with standards, you need to build an in-group based on support for those standards.”

It’s no different than how you hire to make a startup: you pick people who are going in roughly the same direction. Or how you pick your friends. Or even how you assemble a sports team for a pick-up football game. You pick people who can work together because they share the same assumptions, values and rough approximation of abilities. That is the mathematical reason for in-groups.

The liberal alternative to in-groups is to have an open group where anyone can join, but the price for joining is that you subject yourself to an ideology which will be enforced on you. And if you deviate from it, the herd will turn on you.

This is why liberals love diversity. They hate the idea of in-groups and so they want the most motley group they can get. That in turn strengthens their position, because the ideology gets stronger and those who wield it get free things like government jobs, speaking arrangements, promotions, social prestige, etc.

Although it has been taboo for a long time to mention this, the great drive toward the motley is showing some cracks:

It is far too easy to present “diversity” in one-sided terms: as a triumph of enlightenment over bigotry and creativity over closed-mindedness. But the subject is too important to be left to the cliché-mongers. Diversity can bring risks as well as benefits and perils as well as perks. There are trade-offs to be made, for example between the trust that comes from sharing a common background and the cultural sensitivity that comes from employing people from different parts of the word.

Roy Y.J .Chua, of Harvard Business School, is one of the few academics to produce serious studies of this subject. Mr Chua agrees that in a world of multinational corporations and global product markets success depends more than ever on your ability to foster multicultural thinking and cross-border collaboration. But in a paper in the current issue of the Academy of Management Journal (â€œThe Costs of Ambient Cultural Disharmony: Indirect Intercultural Conflict in Social Environment Undermine Creativity”) he goes on to note that getting people from different nationalities and cultural backgrounds to co-operate is fraught with difficulties. At best differences in world-view and cultural styles can produce “intercultural anxiety”, at worst outright conflict. The very thing that can produce added creativity — the collision of different cultures — can also produce friction. The question is whether the creativity is worth the conflict.

Notice there’s another assumption in here which is that the motley produces creativity. History suggests otherwise: small groups have shown great creativity especially when not diverse, as they dispensed with communication issues and could focus directly on problems.

But this leads us to an even bigger question: if liberalism is based on a fallacy, and exists solely to make people feel good and thus to sell itself as a product, why do we treat it any differently than Coca-Cola, used car salesmen or television commercials?

Millennials: abuse victims | The reason for the suicide of the West