Midterms Prove That Not Being The Other Guy Is Not Enough 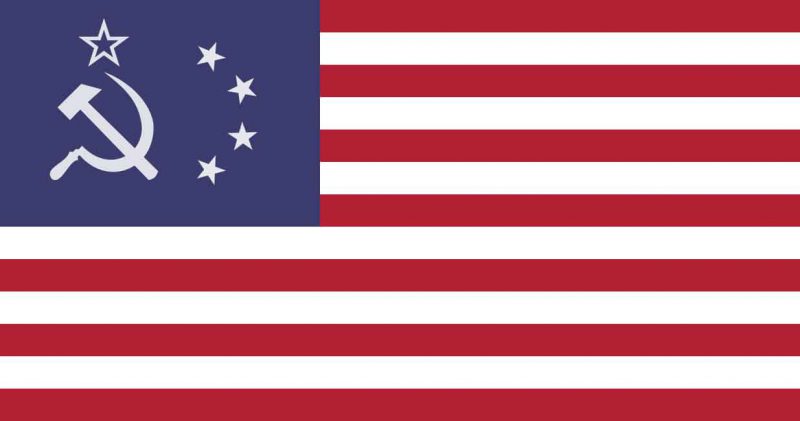 Despite much hype, the elections provided nothing unusual this time: they went against the party of the sitting president in the House, and the Senate stayed with that president. However, the fact that this did not change proves instructive to those who are wondering about the future. It is a new morning for America, but not of the type we — both sides — hoped for.

The Right got out the vote, but not enough; at least, they did not achieve the massive wave that occurred with the election of Donald J. Trump. That tells us that he did something that most of these candidates did not. Trump had a positive direction in addition to his much-ballyhooed derision toward the Left; most of these GOP stooges did not.

By the converse, the Left did not achieve big wins by being the anti-Trump. They won, mostly, in areas where there were high minority populations, which reveals the success of the strategy that the Left undertook in the 1960s for demographic replacement of whites much as they used ethnic diversity to shift us Left in the 1900s.

This means that both sides ran on “we’re not the other guy,” and both fell short. The Republicans lost the House, which is a serious blow but delights cucks everywhere because now they get to play their favorite role, Not The Other Guy, as a captive resistance that will take in lots of money for each outrage that the Left perpetrates, but do nothing because, “well we just don’t have the numbers.”

Trump understands business, and he knows that politics is a business for most of these people. Cucks play the role of funeral home director. They explain in hushed tones how it is very sad that all that you love is dead, but it can live on if you buy it a nice coffin and premium plot, and then they walk you through excruciating details: how many flowers, and where; the font used on the funeral announcements; the wording of the obituary; what scent of air freshener to spray in the toilets, and so on, ad infinitum.

Leftists play the role of the clerk who now has some power. They are the deep state because their goal, all along, has been to use the stupidity of the herd to gain permanent positions where they can draw nutrition from the host. Leftists know that most voters use their fear and arrogance to make the decision, feeling self-important for what they do, and so they are easily manipulated by someone who approaches them with a combination of self-pity and neurotic fear. Then once the Leftists get into power, they maintain it however they have to, altering the rules so that more of them must be hired. The voters sleepwalk into this one too.

To interrupt a business, you need to offer a new business model. Republicans needed to get a plan beyond Not The Other Guy in order to win these midterms, as predicted some time ago. They needed, like Trump, to have a policy of a different direction in the future: this means not just saying, we do not take the path the other guy takes, but we take this path instead.

Trump had a simple plan. He wanted to end over-regulation, wealth transfer, and immigration because he realized that those were killing American business. He knew that with those out of the way, the economy would boom. He knew that with the economy booming, he could point to that and say, “Unlike the Clinton-Obama years, which were a fluke brought on by Big Tech cash, we can make a self-sufficient, strong conservative society” and by doing that, demand further concessions to the Right.

His party could not get their heads into the game to come along with him. As the old saying goes, you get the stupid party and the evil party, and the Republicans are the stupidest bourgeois suburbanite stooges to ever walk the planet. To them, government consists of “doing the right thing” in a way that pleases their constituency. They remain oblivious to the independents, who are mostly conservative but afraid of the excesses of the conservative “big tent” constituency like fundamentalists, QAnon fans, and people like Robert Bowers. Conservatives are terrified of allowing things to fall, even if those things are Leftist programs, which makes conservatives into Leftist agents unless they have a strong, contrasting moral and practical vision as Trump does.

The Left, the P.T. Barnum (“there vash von fool born every minute”) party if there ever was one, realizes that spectacle sells to its audience. Audiences ooo and ahhh over meaningless milestones like the first gay governor and the first Muslim congresswoman or even legal marijuana. The Left appeals to ironists, or those who like it when something rejects the obvious nature of reality, mainly because they hate reality since they have a sense of victimhood and as a result hate the way the world works entirely. They just want to use human power to give nature the finger.

Stupid suburbanites like the GOP can barely compete with this. They think, because they have to think this in order to avoid panicking, that most people think like them, and that good wins over evil, simply because that is the way of the world. What they deny is that most people do not think at all, good is eventually worn down by evil unless enough good people fight it, and that democracy is the triumph of the screaming mob over the exceptional, good, decent, wise, strong, and sensible. They trot out these candidates who pledge to make everything keep working in an orderly fashion, not realizing that such nerds appeal to very few, and that enough people are existentially miserable in this society that “keep on keeping on” appeals to very few.

To his credit, Trump pulled the Republicans out of what would otherwise have been huge losses. He campaigned hard, which apparently is necessary because people are goldfish who forget what they intended to do unless constantly reminded. His party could not keep up with him, because instead of adopting his future-oriented standard, they looked toward the past and tried to be the party of high school principals just trying to keep order, versus those unruly Leftist rebels out on the lawn smoking weed and listening to pop punk music.

The average Republican stooge refused to take up the mantle of populism and nationalism. That requires telling people that Leftist programs do not work, that our days of endorsing diversity and equality are over, and that we want a new direction in which we act for ourselves instead of constantly looking around to find someone suffering that we can make equal in order to feel good about ourselves for a few days. The Trump method entails risk, including the risk of tackling the taboo over the hill that America has chosen to die upon, diversity (which never works and never has throughout history).

Instead of taking on that risk, the rank-and-file conservatives did what good studious nerds always do, which is toe the official line. “Wouldn’t be prudent,” they said to the Trump idea, and they stayed away from the dangerous issues of race and equality because those might involve getting their fingers burned, and this kicked enough of them out of the race that Republicans lost the House and many governorships. This is why we call conservatives the stupid party: they do the same consumer-level dumb stuff again and again, and expect us just to give them money.

The American voter, or indeed voters in general, deserves even more of the blame. Instead of realizing that Not The Other Guy is better than the other guy, too many of them got depressed, went off on dramatic rants about how it never does any damn good to get involved, or bathed in self-pitying defeatism. The grim fact is that a Leftist is always worse than any other option, even if the Leftist seems like a good guy, because any Leftist in power works to advance the strength of Leftism as a whole. It is a cult-like movement that takes over societies and you have to resist it at all levels, but it is difficult to do so with people who offer no option to begin rolling back that same takeover. Trump was the first Republican since Reagan to actually fight the takeover, and people who fell short of that standard did not get elected on his coattails.

All this being said, as readers here know, I have always been a skeptic of democracy. Any system based on the most votes (quantity) instead of the assent of its most insightful people (quality) is doomed to, over time, make more fearful and neurotic decisions and drift steadily into oblivion. Democracy enables the human hamster to pretend that the world exists as a question of human preference alone, as in “What do you want?”

Not only are most people biologically and genetically incapable of understanding the questions of leadership — only about 10% of the population is above 120 IQ points — but people in groups are notorious hamsters, allowing themselves to be cowed and to go along with the group in order to “just get something done,” as is the bane of committees. They adjust their opinions to fit what they think the group will approve, and since that makes happy faces and lets them claim their jobs are done and they deserve their salaries, that is the end of the question.

It takes a true intransigent moralist like Trump or the founding fathers to say, “wait a second, that’s not true” (meaning: actual in reality) and to instead demand that we face up to facts or admit that we are chortling our oblivious suburbanite way straight into doom. We did not get those on the Right, but despite that failing, we had an impressive showing of people who realize that the Right must reverse the Leftist agenda of demographic replacement now or we will lose all future elections and the country will trot straight down the path to being Cuba or Venezuela because third world people vote for third world style governments, namely strongmen who give out free stuff like a lottery.

We know that America is doomed, also, because this election reveals our fundamental division. The Left and Right want entirely different nations. The Left want Communism with better shopping; the Right want something like classical liberalism but with a strong cultural standard, including social conservative morality and a sense of identity, or American being something more than “he showed up, filled out a few forms, and swore he loved the flag, Apple pie, equality, and the Constitution.” The American Nativists predicted this long ago, but they offered the voters only struggle to be good while the other side offered free stuff and comfortable illusions, and we always know how that contest goes.

At the end of the day, it could have been worse. The Left now has enough power, thanks to conservative voters who stayed home, to impede the Trump agenda, but he has the ability to get a lot of things done with a compliant Senate, including appoint Supreme Court justices who can then undo the last century of Leftist “governing from the bench.” Trump has proven his point, which is that you either become “populist” or you lose, and America has seen how truly divided it is. What a world to wake up to.

Gab.com Bends But Does Not Break Under New Traffic, Antifa Attacks | Periscope (November 7, 2018)