When Affirmative Action Dies, So Does The Hart-Celler Strategy 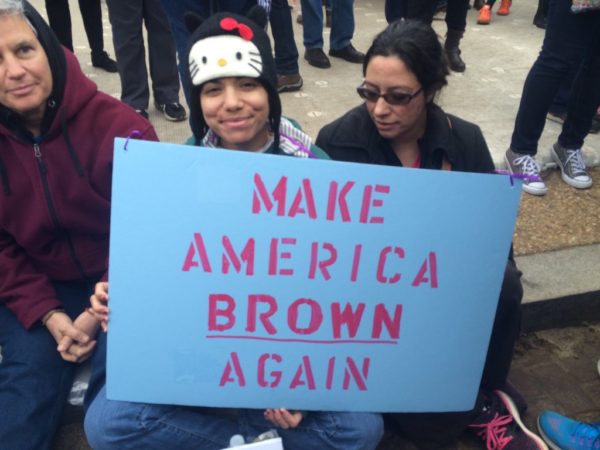 In 1965, Leftists and compliant RINOs shuffled through Congress a strategy for permanent Leftist rule: import the third world, who tend to vote Leftist, so that demographically, the Republican base would be replaced and Leftists would win all elections.

The citadel wall for Hart-Celler is Affirmative Action and related policies, which holds that if a minority person and a majority person are competing for the same position or resource, it goes to the minority person, otherwise the person previously controlling that resource can be sued and lose everything they have.

If Affirmative action (and related laws) die, then the Hart-Celler strategy fails, because the different ethnic groups will retreat from one another and create a “balkanized” or ethnically-separated nation, effectively reversing diversity as a policy.

The Left fears this outcome, and so warns us that loss of Affirmative Action would doom the Left:

Affirmative Action. In 2007, Chief Justice Roberts wrote a stunning opinion that was joined by three other justices in Parents Involved in Community Schools v. Seattle School District No. 1, in which he said that the Constitution requires that government always act in a color-blind fashion and thus all forms of affirmative action are unconstitutional. The Court, 5â€“4, declared unconstitutional the ability of local school districts to consider race as one factor in assigning students to schools so as to achieve racial diversity. Robertsâ€™s opinion was joined by Scalia, Thomas, and Alito. Kennedy was the fifth vote to strike down the school districtsâ€™ use of race, but he did not go along with Robertsâ€™s condemnation of all uses of race to benefit minorities, remedy past discrimination, and enhance diversity.

Most recently, on June 23, 2016, the Supreme Court, in Fisher v. University of Texas, upheld the ability of colleges and universities to engage in affirmative action to benefit minorities and enhance diversity. Roberts, Thomas, and Alito vehemently dissented. Replacing Scalia with a conservative Trump appointee provides a fourth vote for their position, but if Trump gets to replace Ginsburg, Breyer, or Kennedy, that will end affirmative action in the United States.

The way to beat Affirmative Action is through a law passed via Congress that explicitly denies the law or the one-sidedness of its interpretation. If Trump achieves this, the great Democrat demographic replacement plan fails, and America separates, paving the way for the question of whether minorities and a majority can coexist at all without destroying one another.