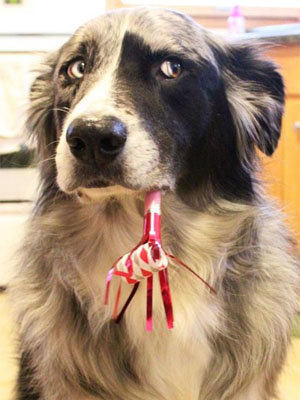 Conservatives need to avoid getting roped into being the voice of maturity that is a counterpart to the liberal voice of childishness.

This plays into the tendency of modern people to be constantly depressed and self-hating because they have externalized their self-worth in the form of money, status, power and most of all, peer pressure. As a result they are constantly looking for the uplifting and find it in the childish.

As a result, conservatives like abused children of domineering parents found themselves thrust into the role of “being the bigger person.” If the other side does something criminal, we ignore it and move on. If they demand a ludicrous plan, we come in later and fix the ruins.

From this has come a neutered version of conservatism. It accepts the basic precepts of the left, namely that every person is entitled to their own equally valid “reality,” but adds to it a finger waggling high school disciplinarian.

We as a result get drawn into trying to save people from themselves. “Don’t do drugs,” instead of the more self-serving “don’t do drugs around my family.” We try to create a perfect, safe and gentle society with laws and public initiatives.

The paradox of humanity however is that the more we try to fix things, the worse the result is. This is because we try to fix symptoms, not underlying causes. Our good intentions are on the surface level of the visible part of bigger problems, like icebergs beneath the surface.

This surface thinking arises from the social nature of civilization itself. We see things as others might see them, instead of how they are independent from a human bias toward the human perspective. This creates a one-dimensional surface view based in social notions of what should be right.

Just like nature is full of optical illusions, and unexpected twists and turns that defy “common sense” and visual aspects, nature is full of logical traps like this. We do not notice our bias because we are the instrument of our own perception.

Thus we walk into an erroneous way of viewing the world and have no one who is not human to show us the world outside humanity and correct us. We would if we listened more to all the good, noble, brave and kind dogs of the world, but they are short on language tokens so we do not.

Conservatives are entirely anathema to this social view. We care about what is eternal: beauty, efficiency, history, ideals. We focus on consequences of actions, not the action as both cause and effect as it is visualized socially, and as a result have an intense desire to know our world and predict consequences.

This is a losing proposition in a popularity contest like democracy because most people, owing to a combination of limited congenital intelligence and limited time and energy to expend learning airy subjects, pick the short-term, social, exciting and individually rewarding over the eternal.

It is for this reason that every society known to ever exist has started dying as soon as people began viewing individuals as equal. If we’re all equal, we’re all entitled to our opinions, and there is no reality principle. This creates a society where social reality and equal validity are more important than discovering reality, using it to predict the consequences of our actions, and planning for the best possible long-term consequences so that we can alter our actions to reach that state.

As those who do not wish to see collapse, conservatives are always pushing back against the tide. But in doing so, conservatives get shifted into the role of nanny, guardian and policeman. We become the cleanup crew for whatever mess the left makes.

This allows them to get away with it. They can honestly look at the past and say, “We did all this crazy and destructive stuff, and it all turned out just fine!”

It also makes conservatives unpalatable. Who do you want to vote for, the young lawmaker or his decrepit virgin aunt who thinks he should always wear a sweater and wash his hands twice before meals?

There is an old saying that does not get enough airtime. It is: “The road to hell is paved with good intentions.” Conservatives have good intentions, alright, and it is why they win elections less frequently than they should.

The boundaries of civilization | Hategoat