The boundaries of civilization 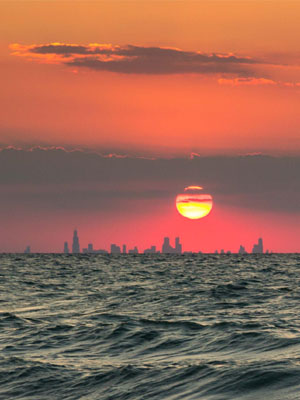 In a relative universe, it is hard to know what something is until you have gone beyond its boundaries.

For example, living in a civilization, we think of it as a presence like sunlight or oxygen that is just always there. But when we drive out to its outer suburbs, and then keep going, we realize what it is not and thus with a little thought, what it is.

In the same way, within a civilization, we encounter pockets of anti-civilizational thinking. Some of these are perceptive intellectuals who realize that the harder we try to fix everything, the more we doom ourselves; others are simply chaotic, dysfunctional, foolish and/or selfish people.

From another angle, however, we may learn more of the boundaries of civilization in an election year. Our elected leaders speak to us as if government itself were civilization. In their view, or in the narrative they advance to make us good consumers of their democratic product, laws and institutions comprise civilization and anything else is extraneous.

A more sensible definition of civilization inverts their criteria. We are tempted to try to quantify our civilizations as physical things, such as a land mass or the tools and infrastructure of our economy. Yet at its core, civilization is a shared idea that draws people together to work side-by-side toward the goal of manifesting that civilization.

This is why too many rules are destructive. When we have a lot of rules, those replace the goal of the civilization itself with the goal of obeying the rules and thus getting ahead in the system. People stop thinking about the end results of their actions, and instead think of them in terms of how they appear to other — a kind of projected false reality.

In the same way government becomes destructive. It is a surrogate for civilization. If we have nothing else, the administrative-style process of forcing us to obey the same rules almost creates a civilizational boundary. But not quite; it’s a negative boundary, i.e. go no further, but it is not a goal or a unison of values.

The essential part of civilization is off-radar for politicians. It is the culture and spirit of a people, the values they share and the language and symbols they use, their behaviors and the informal networks of people who collaborate on the organs of civilization: civics, arts, learning and economy.

People are not fond of this civilization because it is intangible and esoteric, or available only to those with the intelligence and drive to discover it. As a result, they create a symbolic civilization and live in it, oblivious to how far they are drifting from reality in their dream of order.