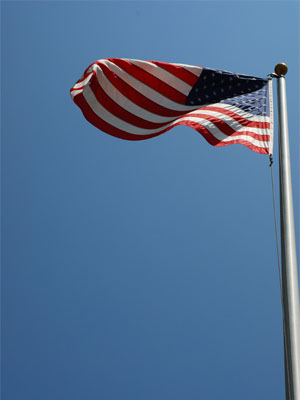 It’s a good chance that Barack Obama will win the next election not because he’s an exceptional candidate, but because as usual the right is divided.

On the right, we know we oppose leftism, but that’s not enough. First, you cannot negate a negation without some other ground to stand on. Second, simply ripping out the fabric of a society is a poor idea. Finally, conservatism is based on consequentialism, or the idea of working toward results, with everything else as the means to those results.

As a result, we are willing to include anyone who is (a) not a die-hard leftist and (b) understands the basic principle of conservatism, which is that ideas must produce positive results in reality, and that we accumulate these in something called “tradition” and/or “culture.”

However, this means that we are not a monolithic voting bloc like the left. For them, if a candidate says the right things, they will vote for that person and support them. These things are symbolic tokens acknowledging a leftist bias. That is all that is required.

Right now politics is going through a massive shift. First, 223 years after the French Revolution, the consequences of leftism are being seen and people are not becoming anti-leftist, but they’re refusing to believe in the wide-eyed uplifting ideology of the left anymore. They are if anything more committed moderates.

Second, the right is being forced to examine itself, because over the past two centuries it has grown so close to leftism that voters often see no reason to select it. Why vote for a right wing candidate, when you get the exact same thing plus benefits from the left?

As part of this assessment, conservatism is being asked to shed a very basic assumption — so basic that it’s invisible. This assumption is the liberal principle of egalitarianism.

Much as the basic principle of the right-wing is consequences in reality, the only principle of the left is equality of all people. They dislike inequality, or rather that people are ranked by ability, and so have constructed the mythical notion of equality to combat it.

When you think about a room full of random people, you will see that most people do not have any special abilities or inclinations in life. As a result, they choose to band together and demand that people like themselves be “equal” to those who have abilities.

Their idea is the opposite of conservatism. Where conservatism emphasizes consequences in reality, liberalism says that the individual should not stir itself to adapt to reality and force itself to learn things. It should be OK just as it is. And society should save it from itself, and subsidize it, if possible.

Unfortunately, this idea has infested most conservatives in the USA and Europe. It started when conservatives tried to regulate public morality in the name of saving people from bad consequences. While it’s important to regulate public morality so that good people don’t get caught up in destructive trends, it’s important to do so for the good people.

Otherwise, you get caught in a perpetual quest to find the people who cannot save themselves and save them. This is unfortunately easier than fixing real problems, so it is always more popular, and thus conservative movements revert to it the instant they are not watched.

Imagine for example the war on drugs. Drugs, we are told, cause lots of problems. For the sake of argument, we agree they are destructive. Thus the question becomes: do we make them illegal everywhere, or merely protect the middle-class kids we’d rather not see taking drugs?

The conventional answer in Western politics is to think of the most at-risk first. Kids in ghettos, or who are homeless, or even who are surrounded by users. This creates an unwinnable task of saving those who want drugs from themselves. Instead we could focus on those who are less at risk but have more to lose, protect them, and achieve 90% of the functionality of the anti-drug program with much less of an expenditure.

But that violates the prime leftist directive. That directive is that all people are equal, so you don’t abandon the most at-risk to favor those who are more fortunate, or (translating leftist-speak into realist-speak) children of those with more abilities. And yet if you don’t, you force yourself into a perpetual negative quest to find the worst cases and waste most of your effort on them.

The right is separating. The neoconservative right, who are egalitarians, are drifting away from the newer parts of the movement. These newer parts resurrect paleoconservative values but have adapted them for a postmodern time, much as Nietzsche argued we should. Their goal is to express preference, such as “I prefer to raise my kids in a conservative, family-oriented, religious, drug-free, alcohol-limited, mono-ethnic neighborhood.”

What’s killing leftism is that many more people are opting for that kind of lifestyle. They may not like or understand each part of it, but they realize that as a whole, it provides a better life for them and their children. They’re not trying to save other people from disaster, but to choose a better way of life, much as we shop for better neighborhoods, more professional health care, the most competent handymen, etc.