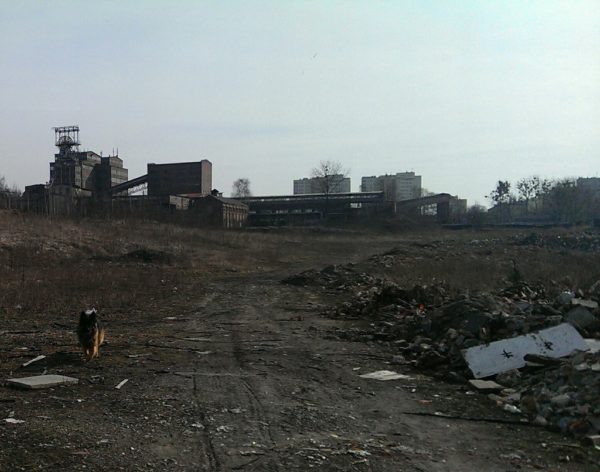 Those on the right who are not fascinated by having an emotional reaction to perceived injustices, but instead are asking about the future of civilization, realize that we do not have to fight liberal democracy. It has ended itself, and everyone in power knows this, which is why they are stealing whatever they can carry and headed for rich people enclaves buried in peaceful parts of the third world.

For most people, this future seems remote. Our technology works — sort of — and seems to banish nature away, so we humans can do whatever we want. But the truth is that nature is more like mathematics, an inherent order to how events turn out in reality, and so it is within us and rules whatever we do, and if we deny this order, our actions simply end in comical disaster.

Amerika might be seen as a conditional doomsayer: our articles point out that ideas have consequences in that actions based on those ideas lead to predictable conclusions. When we as a species make bad choices, we can expect doom. That doom has demographic, racial, cultural, economic, military, environmental and survival implications:

A recent article in New Scientist…argues that decreasing fertility rates are indicative of the worldâ€™s population slowly imploding rather than exponentially rising â€” a trend that will continue until we reach some form of crisis point. As it stands, half of the worldâ€™s countries have fallen below the replacement rate for developed nations (which is, on average, 2 children per woman). If this trend continues on, countries like Germany and Italy will see their populations decrease by half over the next 60 years.

Musk raises the point that we are facing dual crises: the producers are declining, while the dependents are increasing.

This follows the path of every egalitarian society every attempted. Technically, equality cannot be implemented because those who are less successful are limited by biology; they cannot be made smarter, healthier, wiser or more noble. Therefore, the only method of implementing equality is to penalize the successful by removing some of their wealth and power, and giving it to the masses.

In turn, that creates a perverse incentive structure and dark organization. Those who are naturally adept are penalized, but those who are incompetent are subsidize, so the adept stop engaging in the system. Eventually, they drop out and have difficulty finding mates. As the incompetents take over, daily life becomes insane, and so the adept stop reproducing entirely because, being competent, they recognize that in an insane world, their offspring have no future. Equality means that the incompetents take over and the competent are killed off.

Where do we see this pattern all the time? In the third world, those who attempt to do more than the average are often seen as witch doctors or cheaters and beaten down. As a result, natural selection kicks in that selects against competence, and soon you have a society of self-focused, incompetent people who not surprisingly, make horrible decisions regarding government and culture, leading to a non-civilization in civilization form.

The incompetence of liberal democracy has become visible because of the sheer stupidity of human decision-making over the past 228 years. This leads to a series of simultaneous crises working together to doom us, meaning that we will experience — much as with the rise in incompetents and loss of competent people — a simultaneous intensified need at the same time our options are limited. A good partial list:

1. Habitats are being destroyed at record rates.

2. Wild foods, especially fish stocks, are being destroyed; trawling is damaging the sea-bed.

3. Biodiversity is being lost at record rates.

4. The area of land available for food production, and the remaining landâ€™s productivity, is decreasing due to:

…6. Fresh water resources are greatly over-committed, and in many areas are declining due to climate change. Water is being drawn from many of the worldâ€™s major aquifers at rates much greater than they are being recharged by natural processes; many are failing or will begin failing in the near future. Much of the worldâ€™s food production depends on irrigation, but the water available for irrigation is decreasing.

7. Humanity is approaching the â€˜photosynthetic ceilingâ€™. Soon there will be little photosynthetic capacity on earth that is not dedicated to manâ€™s direct use.

…8. A huge range of chemicals are being released into natural environments with unknown long-term effects.

…9. Plastic wastes are being released into natural environments with unknown long-term effects. It has been forecast that by 2050, 95% of seabirds will have plastic in their gut.

…15. The oceans are becoming polluted, apart from floating plastic waste, there are high levels of pollution even in the deepest parts of the oceans.

…18. Phosphate supplies for the production of fertiliser are running out. Phosphorus is one of the three most important plant nutrients; without phosphorus fertilisers the â€œGreen Revolutionâ€ in agriculture would not have been possible.

…21. Pollinating insects are in decline. Honeybees, in particular, are suffering badly in many countries from colony collapse disorder.

…22. Man is now artificially producing more nitrates (as fertilisers) than are produced naturally, with the result that the natural nitrogen cycle has become unbalanced. Nitrates and phosphate being washed off farmland and from sewage are causing algal blooms and consequent â€˜dead zonesâ€™ in the coastal waters of many parts of the world.

This list, taken from an excellent list which unfortunately contains Leftist non-issues alongside real issues, shows the tip of the iceberg. We are living out of balance not just with nature, but with logic; we are seeing that nature, shaped by aeons of evolution, is more logical than we are.

If you had asked an aristocrat back in 1788 what would happen if the masses took over leadership, he or she would probably have said that the proles would not recognize the difference between want and need, and would therefore consume everything recklessly, forgetting that there is a cause behind every effect, and that the cause of our success is our environment and our living in balance within natural order.

The prole holiday has wrecked the planet and set into motion forces it cannot control. These will not end catastrophically, but through a steady increase in the cost of everything good — real food, clean air, safe water — with those who have no money ending up with cancers and other degenerative diseases which will limit their lifespans.

In other words, the world will resemble Brazil: a few nice areas surrounded by unruly favelas who have to be fought with armed police and bought off with social welfare otherwise they will revolt, with the classic attribute of prole revolutions being that the revolutionaries seem unconcerned with the losses they take or the damage they do. These are gangster raids, not political evolutions.

However, the sources of wealth for the powerful will decrease. Consumer markets are less relevant when the proles can no longer afford gasoline or much in the way of consumer goods, and productivity itself will decline when the cheap resources that propel agriculture and industry are no longer easily available. Wealth will decline as well.

This means that in the future, business models like Facebook, Amazon, Google, Walmart and Costco will decline. With the end of the age of cheap consumer goods, the vast consumerist group that makes these businesses wealthy will decline, and margins will narrow in industry and agriculture as natural resources thin.

At the same time, we will have produced “exponential revolutions,” or those in which vast numbers of impoverished and purposeless people band together into giant gangs to take whatever wealth remains, including genetic wealth from smarter populations. This leads to a situation like the one described by Jean Raspail in Camp of the Saints, where the third world invades the first world:

In an interview with Il Messagero newspaper, Mr Tajani said there would be an exodus “of biblical proportions that would be impossible to stop if we don’t confront the problem now”.

…”When people lose hope, they risk crossing the Sahara and the Mediterranean because it is worse to stay at home, where they run enormous risks. If we don’t confront this soon, we will find ourselves with millions of people on our doorstep within five years.

“Today we are trying to solve a problem of a few thousand people, but we need to have a strategy for millions of people.”

His solution of investment in Africa is actually the wrong approach. At this point, the die is cast. There are too many people, and most of them would rather go to a nice new place than try to fix their homes, which means that the nice places will be destroyed just like the goose that laid golden eggs in the fables of yore.

This follows a pattern that is as old as liberalism: lower castes reproduce recklessly, then blame those above them for having failed to stop them, and this triggers a revolution which replaces the higher castes with lower ones, resulting in even worse decisions that amplify the original problems.

Now that this has happened in the West, we have people at the top who are so brain-locked on Leftism that they think immigration is healthy and viable. This is the same process that destroyed many classic civilizations across the world, including Angkor Wat, Greece, Aztecs, Maya and most likely many more. Societies die by caste revolt.

In other words, our colonization of the third world merely exported our own revolutions, and now those revolutions have come back to visit us, which is a consequence of the incompetence of our leaders and most people in our society, which was also brought on by our revolutions. As long as we remain in thrall to chasing the mythical god of Equality, we will self-destruct no matter what methods we try.

The proof of this can be found in the collapse conditions which we are now facing. Sure, climate change is nonsense, but what about pollution, overfishing, land overuse, erosion, and other signs of how we have thoroughly abused our world to the point that we are threatening our own future? Equality creates a tragedy of the commons by rewarding people simply for being human, which creates an incentive to arrive, absorb social benefits, and then take over the political apparatus so those benefits never end.

As Western democracies collapse from within in a fog of bad decisions, very few voices will point to the obvious culprit. They will blame the Rich,™ the Anglos, the Jews,™ the Christians, the atheists, the Leftists. They will not realize that it is our notion of equality that has killed us, and until we discard it, everything we do will fail while destroying us.