Economists Argue For “Growth Through Cost” 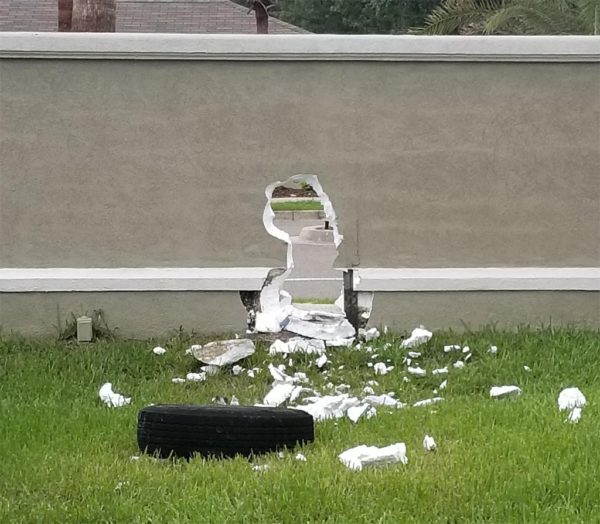 Almost all Leftist theory is highly convoluted and articulated, but when you drill down into it, you find fundamentally mistakes about how the world works incorporated at its core as assumptions.

For example, economists fundamentally misunderstand the nature of economies when they argue that open borders will provide us with a $78 trillion windfall:

â€œOpen borders would make foreigners trillions of dollars richer,â€ observes Mr Caplan. A thoughtful voter, even if he does not care about the welfare of foreigners, â€œshould not say…â€˜So what?â€™ Instead, he should say, â€˜Trillions of dollars of wealth are on the table. How can my countrymen get a hefty piece of the action?â€™ Modern governments routinely use taxes and transfers to redistribute from young to old and rich to poor. Why not use the same policy tools to redistribute from foreign to native?â€ If a world of free movement would be $78trn richer, should not liberals be prepared to make big political compromises to bring it about?

…Workers become far more productive when they move from a poor country to a rich one. Suddenly, they can join a labour market with ample capital, efficient firms and a predictable legal system. Those who used to scrape a living from the soil with a wooden hoe start driving tractors. Those who once made mud bricks by hand start working with cranes and mechanical diggers. Those who cut hair find richer clients who tip better.

I admit to some sleight-of-hand editing here in that I placed the conclusion of the article first, and then stuck the actual argument after it. The argument is this: poor people move to rich countries, and earn more money, so those rich countries are now richer.

Spotting the flaw in this logic is not hard, if you are not relying on the idea of one-dimensional categories. Each of those newcomers displaces a native worker and incurs a cost through the wages they must be paid. Even if the native workers move up a level, like from ditch-digger to clerk, this does not change, and in fact gets worse because they also must be paid higher salaries.

Economics is not a zero-sum game but it is not an infinite blank check either. To make new wealth, you must introduce new productivity and a new market. Creating an artificial market for labor, as these economists propose, simply takes from what is existing, recycles it through a scheme, and then claims to have created wealth because the money is in motion.

We might call this “economic growth through cost”: if new workers show up, and you need to pay them, then this constitutes economic “growth” but the economists do not mention the secondary and tertiary effects which obliterate that growth and send the society into a downturn, nor that the growth was only on paper in the first place.

The broken window theory states that a broken window adds value to the economy because a replacement must be purchased and that puts money into the economy. Under this type of theory, politicians â€œcreate jobsâ€ with regulation and welfare money grows the economy. It is the basis of our new hybrid of socialism and capitalism that relies on re-financialized debt, or the selling of obligations as if they were of positive value.

In other words, if you need more money, just break something and then someone will have to be paid to work on it. This is crypto-socialism at its most obscure, in that the idea is that externalities of socialized cost — a broken window — somehow produce wealth instead of seeing them as what they are, which is a loss of wealth through obligation to pay for something that does not generate future income.

The same is true of immigration. It does not generate future income at any significant level, and instead, simply takes from the existing society and then forces that society to pay its underqualified people even more money, which creates an internal circular Ponzi scheme that guts the society by building a consumer economy on an underclass, at which point quality descends and the middle class is destroyed by taxes that pay for this increasingly-needy underclass as it collapses.

Societies destroy themselves this way. In order to avoid class warfare, which always arises from lower castes against higher, they bribe the lower castes with subsidies. This simply delays and worsens the problem by making the underclasses swell, and this group does not understand things like the government running out of money. “Just print more!” they will say and consider themselves wise for doing so.

Economists are like scientists: they have no special magic; they are simply people who went through degree programs. At that point, their only obligation is to sell themselves, which means coming up with a theory that tells people what they want to believe. Some try to balance this with reality, but the vast majority, as in all human groups, do not.

In advancing theories like the above, they engage in something we might call “the fundamental fallacy,” which is the belief by human beings that they can do whatever they want and it will not have any negative side-effects (unintended effects) on the world; the world will remain as it was when they were children.

That mentality allows them to make the mistake of cutting open the goose that laid golden eggs. Their goose is the Western European population of America, which by not doing the same stupid stuff every other group was doing, made a prosperous nation and staffed it with intelligent, moral and capable people.

Economists of the “let’s get famous” variety ignore that the source of America’s wealth, like Europe’s wealth, is its people, and not just any people, but those with the grit and foresight to make this place out of wilderness populated by uncivilized third world people. America’s wealth came from its human raw material, and this is not an infinite resource, because as it is diluted, it loses its power.

When you read between the lies, this fawning article about the “free” $78 trillion that economists just found lying on the sidewalk — the article literally begins with that metaphor — starts to become clear as not free money, but free costs, while removing the source of your wealth. They have hoodwinked people for generations with this type of shell game theory, but maybe not for forever.