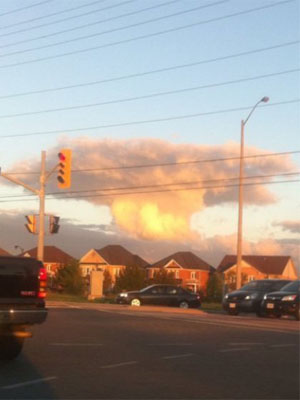 Modern society has made itself so legalistic and granular that often it cannot see the forest for the trees. It specializes in deconstruction, or separating details from the bigger picture, much like our machines chew up forests and spit out paper, on which we then write miles of law.

Among our many subterfuges is the idea that we do not need a government we can trust, or leaders we can trust. Instead, we write many laws to limit their powers, and hope that they do not in the many hours they are in office find a way of working around our little rules.

Goedelian confusion aside, this leads to a certain number of sacred cows. Privacy. Miranda rights. Freedom of speech. The right to a lawyer or lobbyist, depending on the circumstances. These “rights” make us stop striving for a trustworthy government, and instead distract ourselves with irrelevancies.

At the center of the case is Xavier Alvarez, a former California county water board member who is an undisputed liar. Among his lies is that he played professional hockey, served in the Marines and rescued the American ambassador during the Iranian hostage crisis. None of those lies was illegal.

But when he claimed to have won the “Congressional Medal of Honor,” that lie was a violation of the Stolen Valor Act, which makes it a crime to make false claims about receiving military medals.

Alvarez appealed his conviction and won…The government appealed to the Supreme Court, where Solicitor General Donald Verrilli…soon faced a barrage of questions about when Congress can make it a crime to tell a lie that does not defraud or defame.

Justice Ruth Bader Ginsburg broadened the question further. Could Congress criminalize other false statements, such as denying that the Holocaust occurred? – “Is A Lie Just Free Speech, Or Is It A Crime?” by Nina Totenberg, National Public Radio, February 22, 2012

This shows us the flipside of all politics. Any law we make is not in a vacuum; it has consequences outside of what it specifically does. There is also the question of what will be missing because of these consequences, both because we will not pursue some options and because we get distracted from others.

It is popular to claim that our view that lying should be legalized is somehow “more adult.” Only a child would say that making lying legal is a bad idea, we think. We know how much more complex it is than that. But is it?

If lying were illegal, we would put liars in jail, and people would be careful about what they said.

Detractors claim that this law would then be used to put people in jail for unpopular speech. But we do that already. If they don’t have money and a lot of supporters, they rot in jail and we the society glide right over their dead case files.

Further, we have to look at the consequences of legalizing lying. First lying becomes legal. This encourages others to lie. Then to avoid constant conflict this encourages sane people to stop pointing out the lies. Soon the average child or citizen hears 10 lies for every one truth.

Soon we will have people coming to scientists with big bundles of cash, encouraging them to disprove the idea that any idea is more truthful than others. At that point, we will never be able to agree on anything, because it’s all fantasy. Monopoly money and toy soldiers.

What is free speech? As the Founders intended it, the ability to formulate political opinions and publish them without being thrown into jail. That is all they intended.

In our modern deconstructive mode, we have separated their words from their meaning, and used them instead to create a permissive environment. We do this so we do not get shamed for our lies, delusions and half-truths.

It is a sign of sickness to fear reality and fear discovery in this way. But we are too clever for that. We have invented our rights to protect us, while they instead usher us closer to collapse.

Souls of the Living | Living for the Herd