Souls of the Living 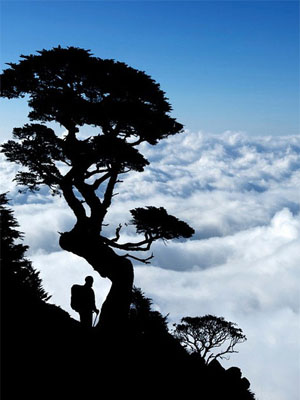 No term sounds less “political” in politics than talk of the human soul. It embarrasses us, like looking at toys from our childhoods. We view it now as a starter concept, the first fumblings of awareness in an attempt to understand our world, and we push it aside with mortification.

And yet the concept persists, simultaneously with the excessive granularity of our “adult” concepts causing them to lead nowhere, which adds some doubt. (Intelligent observers will note that all experiences aside, ice cream in summer is still the best thing in the universe, which is unchanged from childhood as well.)

When we talk about why we dislike modern politics, or modern society at large, one of the first words that comes to mind is “soulless.” It’s hard to find an adjective that encompasses the degree of obedience to utilitarian standards and lack of consideration for the value of experience and pleasure in life.

Oddly enough it is this soullessness that we desired in the first place. Back in 1789 in France, we the people wanted to overthrow the human hierarchy and make us all equal. In doing so, we signed away our souls.

In terms of cause-and-effect scenarios, equality was the cause; the effect is anonymity, which sets off a chain reaction of other effects. First comes the liberal paradise that we are promised, and then, the effects of that paradise demolish any gains it made and begin the process of destroying civilization.

Among other things, equality creates in us a need for control. If we are all equal, we all start out with nothing and only rise to an acceptable level when we have differentiated ourselves. Since only a few can differentiate themselves by ability, this results in the vast majority of people instead looking for social power, which they assert by controlling others either directly (public shaming, guilt or socioeconomic power) or indirectly (social power, covert implication, infantilization). Control is the byproduct of having no hierarchy. Now instead of having a few leaders, we have a vast sea of equal people, each trying to get his head above those of others.

The nature of equality is to reduce all experiences to their lowest common denominator. Not only does it spread resources too thin to concentrate enough for real quality, but it demoralizes those who might exceed the norm. The result is much like a Soviet collective, where each person does the bare minimum because there is no point doing more, and rising above the herd in any form — including doing more — can get the others mobilized against you.

Another way to view this is that an egalitarian society creates a false goal. Instead of having a clear target of what we want to accomplish, we are given a canvas composed only of the social strata. This becomes our target, and the reality of what we do becomes secondary. In other words, if we are all selling the same mediocre product but I come up with an excellent advertising campaign for mine, I get ahead. The new reality is the non-reality of public opinion, which is subject to trends, crazes, moral panics, illusions and fears.

Equality creates a need for us to compensate for the damage done by our equality. No one wants to be a generic person, but since we are now all faceless equals in a city, the only way to rise above is to push others down. You can do this by being outlandish or ironic, or by presenting yourself as a moral guardian of others, or even simply by having something others want, like money or intoxicants. Then you will be an equal above equals.

The real damage done here is to our minds and souls. Control makes us feel powerful. Equality is not powerful. In pushing ourselves above others, we damage the part of us that cares about real goals and replace it with the part that cares about “goals” in changing the minds of others. Money, popularity, democracy.

As this goes on, society separates inside as people are alienated from each other. It always has been this way; human nature has not changed in the past 10,000 years. And while regaining our souls may save our society, this is ultimately a struggle to behave so that we like ourselves again.

Whose Bitch Are You? | Legalize lying