The ancients of antiquity put in place foundations for long term, settled society. Unlike today’s abstract rationalism and holistic incoherence, ancient societies recognized a home and best fit for everything at each level of organization.

Degree of importance ascended to the highest levels approaching whole system in scope and beyond – that which they believed made all systems possible. As components, individuals were less important, depending upon where they fit within the structure. 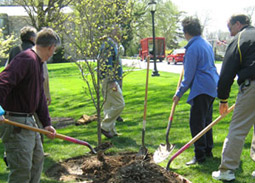 Compared to present societies constantly reinventing themselves in political and economic upheaval, past civilizations were stable for the long term. Maybe they were better organized because their concepts for human settlement were aligned with reality, which is how nature works.

The muslims teach of greater and lesser struggle, maintaining first the inside and then the outside. Maintenance against disorganization or decay is probably the best way to understand this struggle.

We need our own strength, ideas and inner drive before we can effectively engage with the world at the next level of organization. If we are exhausted or scatterbrained, the world will have its way with us instead. This is how survival of the fittest works.

The inner jihad or warfare seen spiritually and esoterically can be considered therefore as the key for the understanding of the whole spiritual process, and the path for the realization of the One which lies at the heart of the Islamic message seen in its totality. The Islamic path towards perfection can be conceived in the light of the symbolism of the greater jihad to which the Prophet of Islam, who founded this path on earth, himself referred.

Confucius spoke of an hierarchal organization for civilization. Individuals are at the most basic level and the whole cosmos is at the most complex level.

Similar to the idea of jihad, struggle, or maintenance, Confucius would have us put in order our most basic level of organization, ourselves, prior to moving on to the next level in complexity, a group of us.

Combining the Islamic and Confucian concepts, we now have a comprehensive model for organizing ourselves as a stable, coherent whole. This is possible if everyone, like musicians in an orchestra, is on the same sheet of music.

Modern individualism, the people power of a democracy and the chaos of laissez faire markets are clearly incompatible with a structured civilization having a long term purpose. No culture and therefore no goal more meaningful than the next stock update or street protest is possible without everyone pulling in the same direction.

Perhaps more than anyone else, Libertarians will have a difficult time with this concept. It is as if they have correctly perceived a snapshot of the process at work, at the individual struggle level, but more complex organization for them is not ‘fair play’.

When Tyrants, with their own ideas of ‘fair play’, such as Mandatory Equality, hurl the Have Nots in all their millions against such individuals, will the inconsonant Libertarians prevail?

If we choose to extend this analogy, we would also consider that the orchestra is led by a conductor, who serves as the focal point from which the actions of each individual musician is reflected back into the group. The conductor himself is by no means the source of the music; he is merely a spiritual leader who guides the energy of the movements a symphony. Further still, we could suppose that the conductor has arranged the piece with care to faithfully convey the original emotion that composer had projected through what are ultimately nothing more than mathematical and physical phenomena which, when placed in a certain pattern or series, results in aesthetic appeal.

What we see here, and what can be gleaned from this ideal, is an appeal to order. And, if we trace the hierarchy up through to its ultimate reality, we may find that each of us inherently participates in this appeal to order by placing our trust in something greater than us. If each of us were to submit a point of ignorance to a greater authority, which is the essential logic behind the structure of class or caste, then the chain will continue until it has reached its termination an appeal to Nature and all of its Laws. The defining principle of any ideal is to seek something with internal validity and consistency–what greater exemplar than the ineffable reliability of Nature!?

The Doctrine of Life

The passive-aggressive fallacy | This missile shield was not about Iran