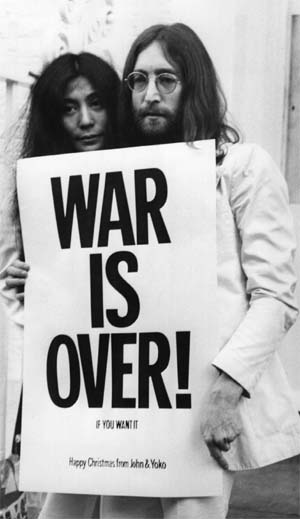 The salient fact of human cognitive error is that, thanks to our logical minds, we see with the perspective of an omnipotent viewer, but we are trapped in bodies, so must project a self — and consequently, defend it.

The defense of self, in society, takes the form of a non-aggression pact with all other selves which says, “Unless I am actively killing, maiming, raping or stealing, you will not interrupt what I do, or actively criticize me personally.” No aggression means the peace is kept and we all feel secure.

However, like all clever one-step solutions, this creates more problems than it fixes. First, and most importantly, conflict is how we achieve change without conscious design. One party prevails and then incorporates the ideas of the defeated — a faster process than waiting for someone with the genius and patience to design The Ultimate Plan, which is a lost cause in itself since most of the best human plans were gradual evolutions from working archetypes in the past.

Second, avoiding conflict means we take on a new beast — the obligation to avoid conflict, which then in itself becomes a goal instead of a method. It’s like drug addiction: suddenly, every other life activity becomes a subset of finding and consuming drugs. This cripples our minds so we ignore solutions waving in our faces.

This “peace at all costs” mentality has one strong suite however: it sounds good to just about everyone, so if you’re selling a product, trying to get votes, trying to make friends or just trying to pick up that drunk slightly thick-bodied but sensual friend of a friend, it works. Every time.

Here is this psychology in the wild:

When I say that you can judge the quality of a society by the way it takes care of its weakest, many if not most Americans will immediately think of the word “socialism”, even as they don’t know what it means. But it’s not about partisan political choices, about freedom, or the pursuit of happiness, or about big government. It’s very simply about minimum requirements for a functional society, period. You can’t have tens of millions of people being unemployed and/or living below the poverty line for extended lengths of time without resorting to oppressive measures of physical force aimed at keeping down those who have landed in your gutters. And if you would choose that option, one that many Americans would, knowingly or not, support, then freedom takes on the meaning of “the freedom to repress others”, or even “the freedom to repress whoever you can”, and down the line, as the single logical outcome, Orwell’s “some animals are more equal than others”.

Here the author makes an assumption: we can have peace, and we should pacify those who might break it in order to have peace.

This is his thesis:

However, he commits the passive-aggressive fallacy: he assumes that by avoiding aggression or direct action against a person or persons, we solve a problem. What we’ve really done is defer that problem.

Today’s impoverished people become four in the next generation. And they’re even more desperate, because they have existed in the vortex of poverty for too long.

Here I am “supposed to” — by social conventions, politeness and the common sense to flatter your audience by assuming that they’re altruists like yourself — say how tragic it is these people landed in poverty. 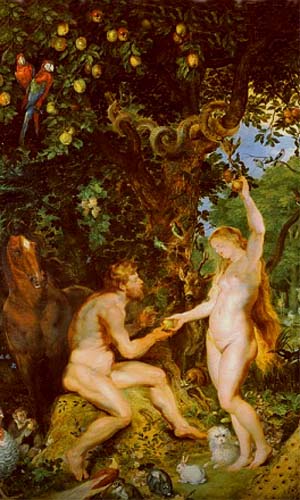 We inverted logic by starting with a passive assumption, which is that all people are equal and keeping the peace is essential, and so as a result we had to assume that poverty was randomly imposed and not a response to a pre-existing condition.

The truth in my experience is that, as any society grows, it produces an increasing pool of people who didn’t fit any particular role. By lacking of having no direction, and thus nothing they’re particularly good at, they become the randomly allocatable workers who serve in menial roles.

The article quoted above is correct in that as this group grows, increasing force is required to keep it in line.

The author then carefully avoids discussing the salient fact, which is that there’s no antidote to this.

If you pander to them, they take and then want more, because they have become dependent on your aid, and resent you as a controller because you dole it out to them piecemeal. And what none of us want to say is that if you give it to them in a lump sum, like most lottery winners they’d be destitute a year later.

It’s our protecting our weakest from themselves that makes our society moribund. Nature is wiser, and not passive: she makes an environment where success is possible, and then lets things settle as they may.

The recent surge of interest in libertarianism is a direct response to the passive-aggressive fallacy regarding the poor. Libertarians want a lack of obligation to take care of our weakest so that natural selection can sort the functional from the dysfunctional.

Let’s be brutally honest: the poor, who are generally of IQs below 100 thus can never be doctors, lawyers, or police officers. They are destined to be burger flippers, day laborers, shelf stockers and so on. There may be a small percentage of them who are poor through the alcoholism or drug abuse of a parent, or other calamity.

The libertarian and conservative response is to offer opportunity; the leftist response is to offer a handout, a guaranteed “keep the peace” bribe. They assume that since they are not acting directly against the poor, they are taking care of the problem. But that’s a passive-aggressive fallacy, designed to imply that the rest of us are selfish bastards for not offering a handout. It’s guilt coercion in action.

People who study the environment, however, have never forgotten about it. “I think most people that think seriously about the environment and work on issues with the environment would argue that one of the most critical factors driving environmental degradation is overpopulation,” Roulet says.

Arguing to reduce population creates a “visceral reaction” in people, Roulet reasons, “because it requires a reflection on ourselves.”

So instead, “We think of carbon-dioxide emissions as the problem of climate change, but really it’s the number of people whose lifestyles require the level of energy consumption and production that is 95 per cent based on fossil fuels.”

…And it hurts us, every day. We can’t make the decisions we need because they require us to tell someone somewhere NO and to back that up with force. We cannot keep the peace at the price of everything else. We need to use peace, and war, both to keep that “everything else” healthy, and anything else is the tail wagging the dog.

But that requires we buck the passive-aggressive fallacy that says any action is OK so long as it doesn’t act directly on another, even if that means the problem just gets worse over time.

The passive-aggressive fallacy ties our hands. We the good people are afraid to act aggressively against people who do bad things, because we know the rest of the crowd — our society — will attack us for being aggressive, even though we were avoiding sins of omission.

Think of it this way: if you know someone is a rapist, and he moves into your town, your instinct is to go beat his ass until he leaves. But you can’t because then, in the witless wisdom of society, you attacked him and he has rights too! But two weeks later, after he has raped your best friend’s sister — because anyone committing rape the first time is unhinged enough to most likely do it again — you regret not clubbing him and throwing him in the river. Tolerance for the bad means victimization of the good.

The Obama administration is shelving a European missile defense plan that has been a major irritant in relations with Russia, a U.S. ally said Thursday. The Pentagon confirmed a “major adjustment” is planned.

He said the change comes in part because the U.S. has concluded that Iran is less focused on developing the kind of long-range missiles for which the system was originally developed.

This missile shield was never about Iran. It was about using the one advantage the USA has over Russia, which is advanced technology, to remove the Russian ability to have a guaranteed first strike nuclear attack on the USA. The missile shield would have kept Russia in check because if Russia did anything untoward, the Americans could counter her militarily without being worried that the conflict would escalate to a nuclear level. 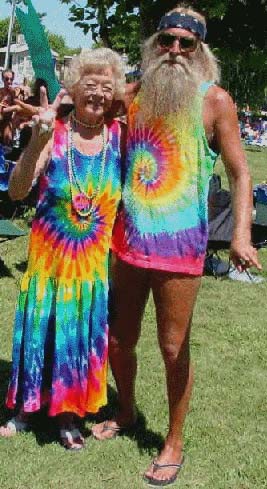 Conservatives since Reagan have used the strategy of paralyzing the Russians with advanced technology, and forcing them either into subservience or an arms race they can’t win, to great success. It has kept Europe safe from the regime that didn’t mind sending tanks in to shoot college age boys and girls in Hungary, for example. Seeing those rambling through the Fulda Gap would have marked an end for Europe as we know it, and as East Germany and every other territory that was under Soviet control still lags behind, it might have been more than just a political adjustment.

But Barack Obama is dedicated like all people of social logic to the idea of keeping the peace. It is the popular decision. People are already rejoicing over the lack of the complex, expensive and “unnecessary” missile shield, and congratulating themselves for keeping us farther away from war.

Yet like tolerating a rapist, tolerating a violent regime is a sin of omission. It means that instead of risking conflict to confront a bully or an opportunist, we tolerate them — which means they grow bolder, and will soon victimize others.

Back to the first article, you can see the truth of the passive-aggressive fallacy in this one sliver of truth: yes, we will need to oppress our poor, like we oppress anyone else who has not found a path working with us. That is how survival happens, and while backing down from that position seems like a magnanimous gesture, it’s actually a sin of omission that guarantees worse future conflict.

When Fear Runs Your Life, Ask Yourself Why | Jihad!