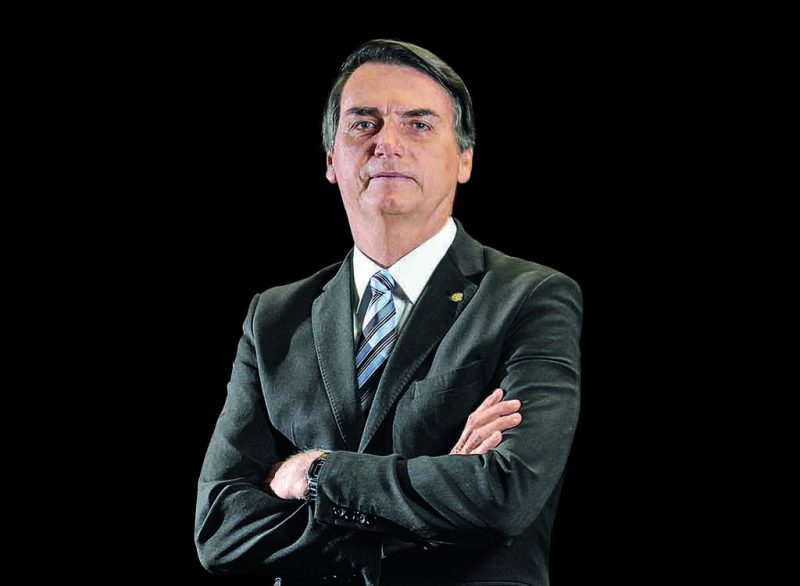 As his campaign reached a peak just shy of one month before the election, Bolsonaro was attacked and brutally stabbed in the abdomen by a lone aggressor:

Brazil’s presidential front-runner, Jair Bolsonaro, lost 40% of his blood after he was stabbed on Thursday, hospital officials say.

The far-right politician was attacked at a campaign rally in Minas Gerais.

…Police have arrested a suspect, 40-year-old Adelio Obispo de Oliveira, and say they are investigating his mental health.

Currently the riff seems to be that Oliveira acted alone and had suffered mental problems in the past, making this assassination attempt part of the attention-getting category of attackers, who like Mark David Chapman or John Hinckley essentially wanted notoriety.

However, increasingly the story emerges that Oliveira may have been simply a vulnerable person who was preyed on by Leftists who seduced him with propaganda and gave him money to commit the act of violence, possibly knowing that he could not fully comprehend the consequences of his actions.

Adélio Bispo de Oliveira admitted political and religious motivation in the attack on Deputy Jair Bolsonaro. For this reason, it was framed in the National Security Law – as we recorded earlier.

Fernando Franceschini, who accompanies the investigations, reiterated that police seized four cellphones (two were with Adélio and two others in the pension he was staying in).

“The pension was already paid. 300 reais in cash. Plus the four phones and the notebook. Very strange for someone who was unemployed. ”

This shows a typical Leftist method of acquiring political activists, which is to find the unemployed, drug addicted, criminal, or mental health cases and give them large infusions of cash. Over time, they come to believe the Leftist message, and eventually become radicalized enough to sacrifice themselves.

We see this in America, where Antifa and Kavanaugh protesters were given large chunks of change to show up and make chaos. Some even get paid by Leftist employers to engage in protests.

In addition, we know that Oliveira is a Leftist:

Oliveira was said to be a member of the left-leaning PSOL party from 2007 to 2014. On his Facebook page, the attacker recently posted messages criticizing Bolsonaro and supporting the socialist government of President Nicolas Maduro in Venezuela.

…Under Brazil’s campaign laws, Bolsonaro’s tiny coalition has almost no campaign time on government-regulated candidate ad blocs on TV and radio. That means Bolsonaro relies on social media and rallies around the country to drum up support. As such, not being able to go out in the streets could impact his campaign.

It would not be entirely unusual then for this assassination attempt not to be planned, but… convenient. A Leftist activist group takes a mentally deranged, unemployed, and lonely man under its wing. His new friends tell him lots of ideas and encourage his participation. Finally, they give him money and tell him he should go protest this bad Right-wing guy, and how terrible it would be if someone stabbed the guy. It just so happens there is a knife lying around, too.

We have seen these “plausible deniability” tactics from the Left in the past and they should not surprise us now. What might surprise us is how quickly the Left has forced us into armed civil war across the globe, which shows in turn how cognizant they are of the universal failure of their policies in the years since 2008.