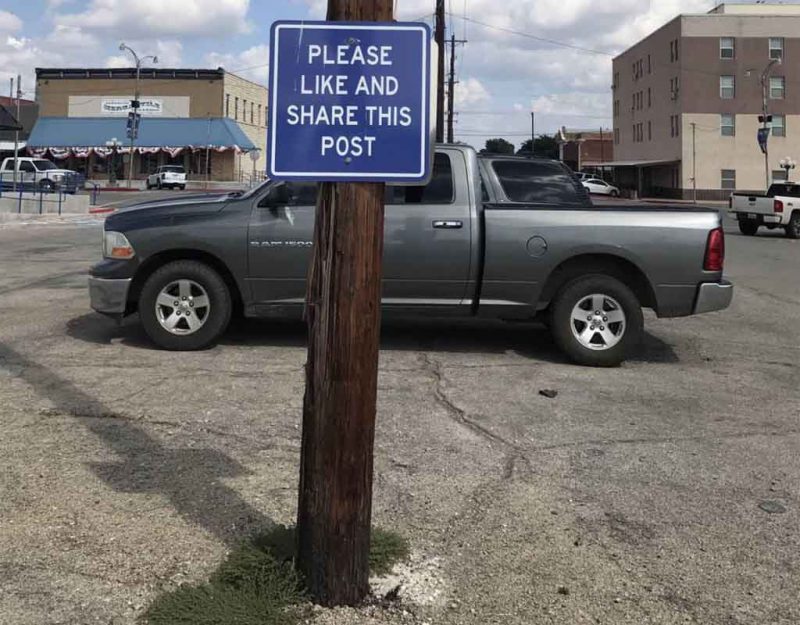 We all want someone to hold accountable for all the ills in the world, someone we can seize and strangle, then smash into dust and declare ourselves free of evils.

The old school Christians had their Satan, who seemed to be either luring people into sin or somehow magically working behind the scenes like an accelerated version of Murphy’s Law. When religion died, we moved into politics, blaming the rich and white, or the Illuminati or Bilderberg, or even the eternal Jew.

We badly want this at an emotional level since otherwise, evil is intangible. It exists everywhere and can infect us at any time, or come into our minds through our decisions, and then we will be unable to see the infection and will infect others, always controlled but never aware.

If you want a nightmare for a horror film, consider a magic word that if said to someone, takes over their mind. They cannot see the signs of their infection, and any evidence of it will be immediately hidden from them. They act as they think they will it, but really they do the will of Another.

A mental virus like this would spread invisibly until it had conquered everyone. Those infected would walk around, drawn to those who were free of the infection and compelled to go up to them and say the word. Only the deaf or isolated would be free.

Let me share with you a name for the word of evil. It is not the word itself, but our description of that term, since one must be careful using the true names of things. We merely describe the surface attributes of it.

That name is equality.

Equality seduces the human mind universally, which tells us that it is a lowest common denominator idea, since humans like all things love their self-destruction and tend toward the type of equilibrium which is a hidden form of entropy. They desire the stillness, emptiness, and inactivity otherwise known as death.

If you fear life, and fear risk, you want a state without risk. That will be a static existence, since anything other than repetition brings risk, and by limiting life to only the positive and happy, you end up in a loop of unchanging stimulus.

Imagine the prettiest sound you have ever heard. Now imagine hearing it for an hour straight, a whole day, a week, or a millennium. It will not get ugly, but it will lose its exceptional quality as something rare and desired. Instead it becomes background noise, chaos in the milieu.

Elimination of risk does that to life. You can exist in a comfortable state of repetition until the good things become mundane and lose their goodness. “Good” is a relative term, meaning something better than the other options, except in the sense of the whole of the system.

Equality suggests an end to risk. You can do whatever you want and you will suffer no serious consequences because you are equal; your decisions are equally valid and relevant as those anyone else makes, since society exists to serve the individual and you are an individual.

We took this path with The Enlightenment.™ Previously, man lived by an invisible external order known as natural law; after getting enlightened, he lived for self-expression and freedom independent of such external orders. His choice was an order in itself.

Equality sounds like it is designed for the group, but a group is made of individuals and each one must be seduced into joining the mob. Equality does this by promising everything an individualist wants, namely that his own decisions come first, there are no consequences, and he cannot be criticized.

That enables the individual to pursue his own obsessions and pathologies without any external control. He no longer has to adapt to his environment; his environment adapts to him. He can do whatever he wants and society pays for the cost.

If you wonder why our time is so strikingly broken, look simply to the mental virus of equality. It changes people once they adopt it because their world becomes oriented around the individual instead of the wider reality of the world, time, history, future, consequences, and knowledge.

Like a drug, it works in “hits.” You get a charge from equality each time it is achieved, such as by allowing transsexual mixed-race midgets to win a beauty contest for the first time, but when it recedes, the doubt comes back. This doubt originates in our denial of reality and the need to adapt to it.

If drugs could fully convince us, we would never need another hit. Instead they become a crutch, something that one must constantly be renewed in order to keep our suspended mental state. Equality functions in this way through constant group affirmation.

A society in the grips of equality finds itself drowning in propaganda of a rare kind. Instead of merely government preaching at the citizens, although that happens as well, the society finds itself populated by people who try to convince each other that the system is working and equality is good.

All of this echo chamber behavior serves to keep people comfortably rationalizing that the problems they see are an evil attempting to thwart their Utopia, rather than fatal flaws in the plan which means that they must abandon it. Nervous, agitated chatter marks the modern era.

The big point here is that if you want to blame something for our failure, look to the root. Equality has made us crazy. It has taken over our brains and made us weak toward other influences that are toxic. We have given up on sanity in the pursuit of equality.

Any form of political insanity that you see out there originates in equality. Feminism and Globohomo are sexual equality. Socialism is class warfare, a.k.a. class equality. Democracy, where the vote of an idiot is equal to that of a genius, is political equal. Diversity is ethnic equality.

Maybe you see faces of a certain type more than others. Keep in mind that these voices would have no power had we not already committed ourselves to equality. Now, in their view, they are simply helping us achieve our goal of intoxicated suicide.

We all want someone to blame, someone who can be killed. Certainly those who are most active in the equality crusade can be killed, but more important is that we defeat the idea and get our society off of the needle. Then, we can shut the door to the insane and pursue sanity instead.