by Jonathan Peter Wilkinson on March 8, 2017 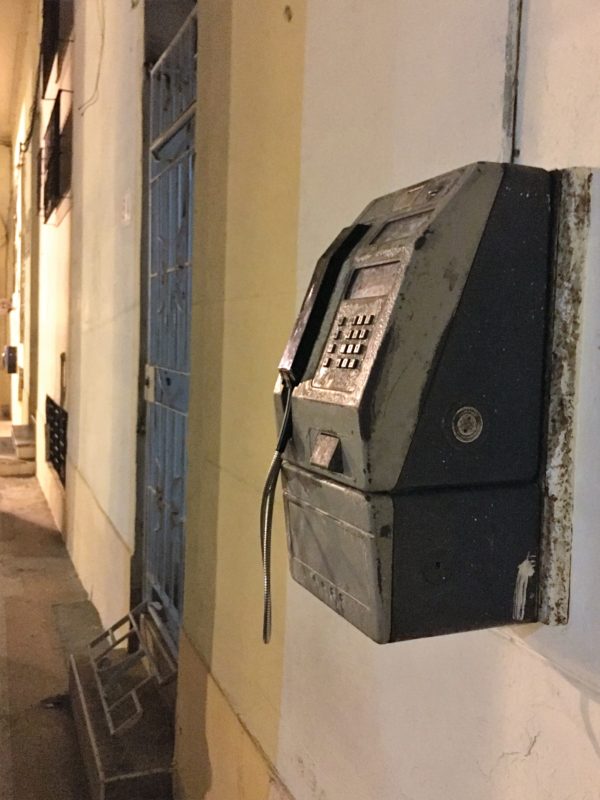 I have a certain mordant confidence in government. They get the things they care about right. The things they feel they need do not get left to chance. It’s all held together by an administrative state. Like The Praetorian Guard of the Old Roman Empire, this state holds itself outside and superior to any succession process dictated by the rules of the United States Consititution.

How is such an august level achieved and maintained? It’s done through information supremacy. They know all about you. You know nothing about them. This is their leverage. This, like Sauron’s Ring of Power, would allow them to achieve unbroachable dominance.

Yet 2016 was never supposed to happen. A person won the highest office the United States Government features who clearly does not have the approval or the support of this feared and ferocious American Deep State. Predictable counteroffensives were launched. The Trump Administration would be strangled in its infancy if wasn’t aborted within the womb.

At its heart is the â€œdeep stateâ€ â€” agents of the intel community, their media collaborators, and their amen corner in a Democratic party whose control of our permanent government is all but total. At the heart of the case against Trump is what appears to be a Big Lie. It is that Vladimir Putin and Russian intelligence hacked the DNC and John Podestaâ€™s email account, then colluded with Trumpâ€™s friends or associates to systematically sabotage Hillary Clintonâ€™s campaign. Therefore, Trump stole the election and is an illegitimate president. In this city, Trump is looked upon as a border-jumper, an illegal alien.

Yet the information supremacy empowering the Deep State was partially laid to nines. Julian Assange was putting their information out on the street. Wikileaks Vault 7 is a major breach of this information wall.

According to an explainer released by WikiLeaks, the 8,761 documents had been maintained in a high-security network at CIAâ€™s Center for Cyber Intelligence in Langley, Va. But the group says that the CIA â€œlost controlâ€ of the documents after they began circulating among a 5,000-person network of former U.S. government hackers and contractors. One of those individuals is WikiLeaksâ€™ source, the group claims.

It also reveals many surprising aspects of how technologically proficient our government can be when it chooses to do its job. The same government who could not launch an effective Obamacare website, can do the following with a reptilian professionalism.

The documents, which include more than 70,000 redactions, show how CIA hackers use malware, trojan viruses and other tools to convert electronics, including phones and smart TVs, into covert microphones used for spying. The group also says there are documents showing that the CIA uses the U.S. consulate in Frankfurt as a covert hacker base for its European operations. Among the most salacious revelations in the WikiLeaks release come from documents showing how CIA developed techniques to hack Samsung smart TVs with British intelligence services. The malware, called Weeping Angel, records audio while the target of the hack believes the TV is turned off. One of the documents released on Tuesday purportedly shows that the CIA was working on a program as of Oct. 2014 that would infect the vehicle control systems of certain cars and trucks.

It makes me realize that the government totally could balance its budget, stop crime, rebuild the cities, etc, et al. It doesn’t care enough to. These things don’t lead to power the way maintaining an unassailable information cartel does. They are more challenging and have a lower payoff. No self-interested firm would ever pursue them in preference to the power-maximizing pursuit of information and control.

But JPW! Amerika has freedumb and democracy! It can’t happen here. The government works for us and is not a self-interested firm.

Sure. Just ask the Russian Bank that paid John Podesta $170K to secure a huge uranium deposit for the its clients. Just examine the entire Clinton and Bush “charitable” foundations. These people are just as self-dealing as Goldman Sachs. I’m not sure they’d behave any differently or worse than they do already if Gubbermint Sachs just LBO’d them outright and put them on the official payroll. Democracy no more guarantees altruism than would reenthroning whatever is left of The Spanish Hapsburgs. Powerful people will always self-deal. They will always maximize power while minimizing effort.

The problem here is not just for those who choose to speak out in support of President Trump. The Deep State holds no brie ffor anyone except their own. It is always better to make yourself as independent and uninvested in the current state as you can possibly manage. You will always be far more their pawn and their tool than their driving concern. If you need something out of them; you’d better make like Julian Assange and get several thousand pages worth of leverage. Just make sure you don’t wind up like Luca Brassi and lie sleeping with the fishes.