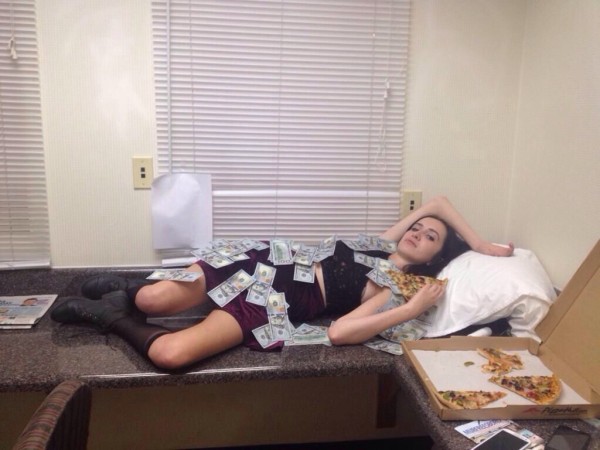 Idiots possess favorite tactics that allow them to insert questions or objections that are structurally nonsense but parse as language, requiring smart people to pause and spend time analyzing the insanity before realizing it is, on a logical level, nothing but babble.

One of their favorite gambits is to insist that reality does not exist. They will assert that what are in fact distinctions of degree and conform to a hierarchical sense are in fact options of a flat hierarchy in a lateral sense. That is, if you say that option A is better than option B, they’ll respond with:

The first person to encounter this insanity probably stood there with mouth agape for a few moments instead of doing what they should have done, which is to behead the speaker. However, since we live in “civilized” modern times, we can no longer simply remove idiots but have to instead find some way of debunking their arguments even though the arguments are contentless.

Idiots tend to follow the modern path of being narcissistic. To a narcissist, everything in the world is directed at them because their self is all they know of the universe. This has a downside: when a restrictive rule applies, they want to be the exception to whom the law does not apply; when a rule encourages a standard of behavior, they think of themselves as the exception where application of the rule would be unfair, no matter how tenuous a scenario they must construct in their minds to justify that.

A sensible way to view reality is that it exists and we each perceive it in different degrees. These different degrees are not separate realities or lifestyle choices, but a reflection of ability. We then make choices based on those perceptions. The people with the best minds and spirits tend to make more elevated choices than the others, in addition to perceiving reality to a higher degree and thus being more realistic.

There is only one reality, and different cultures describe it in different ways and perceive it in different degrees, much like individual humans perceive truth and reality to different degrees. This does not mean that most people are “wrong,” only that they are partially correct. An intelligent person will choose the highest degree of realism and the highest degree of behavior to match, but idiots hate this and think it is discriminatory.

If you wonder why so much of modern chatter in the media and among people on the street is about what conservatives call “relativism,” you now know: idiots fear reality and most of all are terrified by the idea that someone might know more than them. In their dim-witted way, they think the best response is to obliterate the idea of reality itself, throwing society into chaos. If you cannot discretely behead them, at least do your best to publicly mock and shame them so they take their idiocy to the basement with their video game consoles, fast food and mainstream entertainment.

The rule in sexual assault: self-preservation | Sucker Of The Summer: Timothy Stanley