Sucker Of The Summer: Timothy Stanley 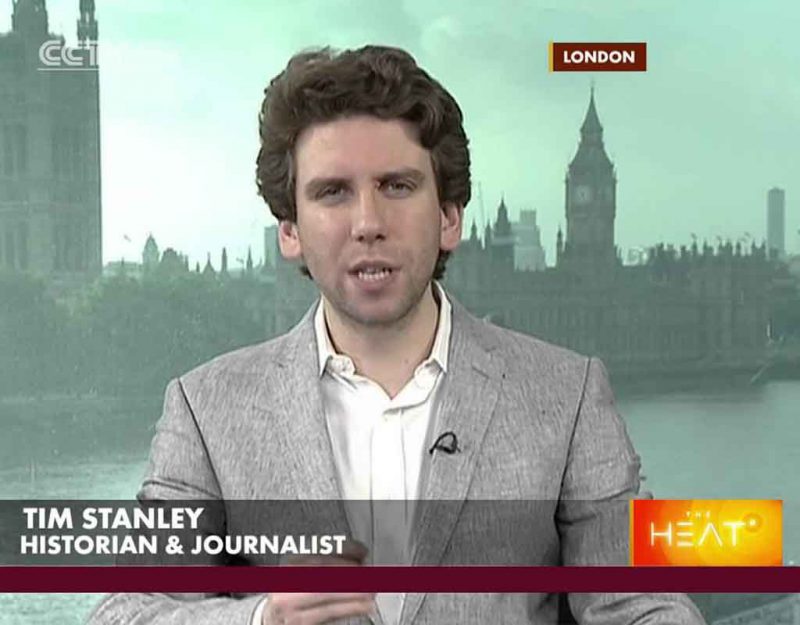 How curious it is that Timothy Stanley popped up on so many of “our” radars with his evenhanded biography of Pat Buchanan back in 2012. Stanley even wrote a little piece for Takimag designed to boost sales, and James Kirkpatrick of Vdare gave it a (measuredly) positive review. A conservative, Catholic, British historian who seemed to have a soft spot for Pat Buchanan—what wasn’t there to like?

Next thing I knew he had only clichéd and left-y things to say about the “Dark Enlightenment” back when everyone and their mom was writing about us. The winning line was: “there is a distinctly unlibertarian [sic] note of crazy about the neo-reactionary [sic] interest in IQ. Aside from the bad science and the irony of being anti-statist yet sympathetic to the idea that you can measure intelligence and use it to justify social policy.” How curious it was that someone with his qualifications could address human biodiversity with such dismissiveness—and be so careless as to think the “Dark Enlightenment” is somehow within the confines of libertarianism.

But as it turns out, I was wrong to be surprised at Stanley’s pitiful smear job. In looking over his work this summer, he may well qualify as the “conservative blue-pill popper” of the summer. Let’s take a look at some of his writing over at The Telegraph over the last few months.

Summary: His latest article on #Ferguson begins with the wry observation that President Obama plays a lot of golf, which is why he isn’t a good leader, because he should be doing more. The leadership Stanley holds up as a model for the President is Bobby Kennedy in Indianapolis, “when he persuaded his audience not to riot after the death of Martin Luther King Jr.” Naturally, the racism that Ferguson blacks apparently have to suffer is brought up, as is the over militarization of the police, and on and on. The article ends by bringing up once again that President Obama is probably too busy playing golf to bother being a good leader in these times of need.

Translation: I am not racist. I think Obama is a weak leader and should do more for justice because as a not-racist-conservative I believe in justice. I am a well-read historian and will make allusions to the liberal BFK stopping a race riot with his words. I will take the Beltway Libertarian cop-out and be sure to focus on how the police state has run rampant.

Summary: Stanley starts out by trying to sound poetic, “an unarmed African-American teenager cut down by a white cop’s bullets” in his description of #Ferguson. He then wonders out loud how things like this could still be happening in America! (Not that it’s been very long since our last race riot.) Economic figures on the poverty of blacks are brought up, followed by figures on how they don’t have dads, followed by figures on how they have a lot of abortions. He literally quotes Jonah Goldberg and calls him “respected” about half way through the piece. The big heart-warming end is about how “change” will not come from the White House, but from the people.

Translation: As a not-racist-conservative I believe in justice. Goldberg and I, along with plenty of other right-wingers, have the solutions America’s blacks need. Someday they will realize that, and then white liberals will feel very stupid for calling us racist—and then no one will have abortions!

Summary: As opposed to people who want to go to war for bad reasons (Stanley hates them!), Stanley wants to go to war for good reasons. ISIS is evil, there is some kind of genocide occurring, the West has a responsibility because of the foolish invasion of Iraq, etc. Plus Christians are dying, and Stanley has officially hopped on the bandwagon of “conservatives” who would like to legitimize Christianity in the eyes of the Left by reframing them as a persecuted minority in the Middle East. Stanley would also like to remind us all that normally he is against war, but this time…

Translation: I have come up with a brand new rhetorical tool in which I take the moral high ground in advocating for war by saying it will stop genocide. Also, forget about my column from June called, “As it did with Vietnam, America may have to leave Iraq to its fate.” Also the Left will stop its relentless war on the Church once they realize that so many Christians out there are weak and powerless in the face of evil. All I have to do to make Christianity survive is to make it seem as powerless and oppressed as possible!

July 31st: “Peace in Gaza requires faith: a return to the gentle heart of Islam and Judaism”

Summary: Sorry readers, but I would rather watch a video called “Swagmaster Chad and Ganjalord homburg hustling the streets” than read an article with this title. So I did.

Translation: Religion is a beautiful, peaceful thing. If the Middle East had more religion, it would be more peaceful. The Left will stop is relentless war on the Church once I show them that religion brings love to all humanity, especially since the Left hates war so much. I can’t wait to write a piece on this topic again on the centennial of WWI’s Christmas Truce!

Summary: The title is not ironic or a joke. However, the author concedes it (unfortunately) won’t happen, ergo conceding that he is navel-gazing. Stanley focuses on four big things Romney was “right” about: 1) Russophobia 2) Obamacare sucking 3) Obama’s inability to work with Congress (remember the golf digs earlier?) 4) Illegal immigration. The piece ends with a lame joke about Romney using his “squillions of dollars to take us all on vacation to the great southwest.” Not only is the joke lame, but Stanley is not an American, nor is the majority of his audience, so it makes little sense to boot.

Translation: I am one of those reasonable and moderate conservatives—kind of like that other conservative British historian that everyone loves—Niall Ferguson!

Summary: A compassionate conservative (like me!) would respect strikers no matter what, because striking is important for civil society.

Translation: I am not one of those mean conservatives. I love teachers and schools and education because I am not a mean person. Love me.

This list could go on and on, but no one wants that many words dedicated to Timothy Stanley alone—so here are just a few more winning headlines:

Divine: the drag queen who happily churned the world’s stomach

European fascism has returned? It never went away and it probably never will

So here’s to you, Stanley; this summer, you’ve proved more than ever before that you consider yourself the furthest thing on the Right that deserves respect. With that in mind, you’ll be sure to attack everyone to the Right of you, but no, the Left won’t like you anymore because of it.

Congratulations on being the Sucker of the Summer!