The rule in sexual assault: self-preservation 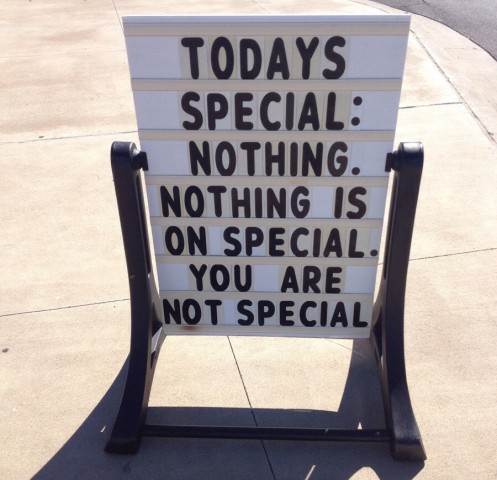 Currently a debate rages among our dim-witted fellow egalitarian voters about whether a woman has a right not to be raped.

“Anything that reduces sexual violence from happening is a good thing,” Tracey Vitchers, Chair of the Board at Students Active For Ending Rape (SAFER) told Mashable. “But at the end of the day, we need to think about why we put the responsibility of preventing assault on women instead of men. The problem isnâ€™t whether a woman knows there are roofies in her drink, but the fact that someone put roofies in her drink.”

The other perspective is that, while in an ideal world we would simply tell men not to rape and be done with it, in every conceivable reality we have experienced, some men do rape, and thus women should take precautions.

This debate echoes the controversy that instigated the “slutwalks” where women dress skimpily and march around in the SWPL capitals of the world but somehow avoid doing so in the third world or internal third world ghettos of the USA. The controversial comments were kindly-intended advice:

His advice echoed traditional wisdom for women worried about rape: don’t get too intoxicated to run; don’t wear high heels or tight clothing, for the same reason. Don’t dress or look like a prostitute. Never leave the room and go somewhere out of sight with a man you do not know well. But now, the surging proleocracy of feminists view such practical advice as an imposition on their will, and an insulting restriction on their ability to do whatever they want.

Luckily, past examples and present events show us exactly where to stand on this issue. Instead of relying on society to provide for you, since such a thing is not only logistically impossible but unlikely, stand by a single rule that works in every situation no matter how complex: self-preservation. Act for your own best interests and expect other people to be dishonest, self-deceiving, corrupt, opportunistic and short-sighted, all of which are conditions that lend themselves to act like theft, assault, rape and graft.

The first example comes to us from a devastating war a century ago:

Secretary of State William Jennings Bryan wanted to warn Americans not to travel aboard British ships. But President Woodrow Wilson, writes Windchy, â€œsaid that American citizens had a right to travel on belligerent ships with impunity, even within a war zone,â€ a defiance of common sense and an absurd interpretation of international law.

President Wilson: Our ships have a right to dress like sluts even within a known torpedo rape zone.

Sec State: But there’s a high risk that, if we float high-value targets within range of their submarines in a war zone, they’ll torpedo the ships.

President Wilson: Don’t you dare limit my potential, you cisgendered eye-rapist! This isn’t about practicality, it’s about what ought to be.

We all know what happened. Making yourself bait and having no defenses against the obvious attack means that you run the risk that someone will call your bluff. And they did, and 1,500 corpses in the surf later, people started to figure out that screaming about your rights against hostile parties is a futile and self-destructive act.

Maybe the feminists will wake up. Another historical event might wake them up as well, which is the hacking of celebrity nudes and their widespread distribution through the lonely masturbators network of basement-dwelling neckbeards. While the real lesson here might be “never trust an Apple product,” another lesson on our point here is that if you make yourself a victim, someone will victimize you.

The same standard applies to women out on the town. If you dress like a prostitute and get blackout drunk, you are low-hanging fruit for any sexual abuser. They will be looking for such low hanging fruit because it is easy. You have just made their job a lot easier.

You can rant and hashtag about how you should be able to do whatever you want, but that’s a red herring. The fact is that the world has never been a safe place and never will be. You need to defend yourself at all times, including against those who say the terrifying words “I’m from the government and I’m here to help.”

This lesson will fall unheard upon the ears of modern women. They have been deceived by a media that panders to them on the surface, but underneath that surface, manipulates them to be slaves. They slave away in offices and miss out on the best years of their life with family, and they slave away at sex busily giving up their intimacy with anonymous penis donors, losing out on their chance for actual bonding. They slave away at finding the right products because they do not have any culture to give them direction. And they are brainwashed to consider themselves brave for defiantly defending their “right” to their own slavery. No wonder past generations treated women like large children, because intellectually, they must be so.