How Diversity Will Kill You Without Touching You 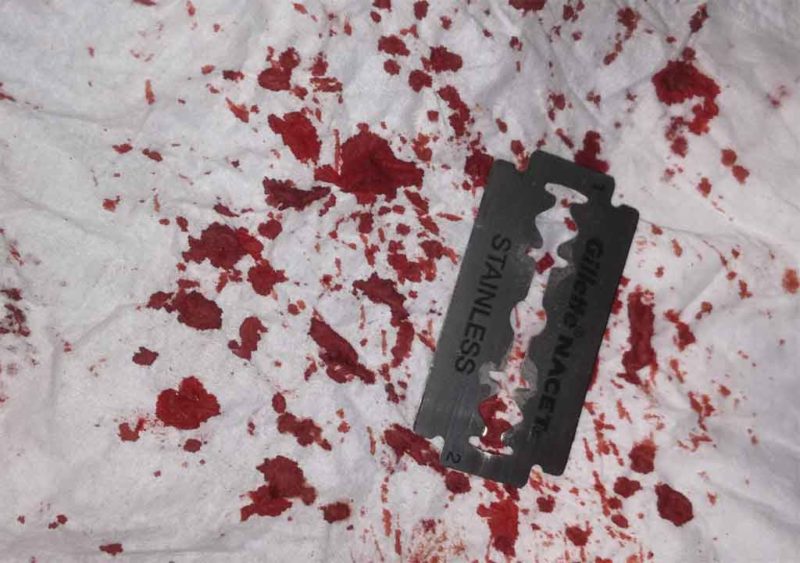 One of my favorite kung fu movies as a kid involved a special move one guy did that allowed him to kill bad guys without even touching them. It was really complicated, so it was useless in a fight, but when he found out who the bad guy was, he got him alone and slyly performed this move, leaving a mystery behind.

In the same way, the West finds itself dying but cannot seem to find a cause. We cannot see any visible evidence, like an axe sticking in our backs or a sword through the chest, or even poison crystallized at the bottom of a wine glass, but we know that we are slowly being destroyed nonetheless.

At the core of our dysfunction we find atomization, or the tendency of autonomous individuals to eventually lose connection to anything but themselves. With each person moving in their own direction, it becomes difficult to find friends, mates, and even activities that confer meaning to the individual.

Not only is this painful in itself, but social isolation can kill you:

The research, which was led by Andrew Steptoe, a professor of epidemiology and public health at University College London, followed 6,500 British people over 52 from 2004 until 2012. The most socially isolated in this group were 26% more likely to die during the study period than those with the most active social lives, even after controlling for factors that also affect mortality, like age and illness.

“This finding suggests that the subjective experience of loneliness — often thought to be the psychological manifestation of social isolation — is not the primary mechanism explaining the association between social isolation and mortality,” the authors conclude.

…Studies show that lack of affectionate physical contact is associated with higher levels of stress hormones and inflammation.

We know that modern life causes stress that has negative health effects, and that stress is also associated with health hazards and low reproduction as well as genetic changes.

However, we might consider another factor, which is that stress changes gene expression:

For at least a decade, scientists have known that most cells in the mammalian brain undergo changes to their DNA that make each neuron, for example, slightly different from its neighbor. Some of these changes are caused by “jumping” genes — officially known as long interspersed nuclear elements (LINEs) — that move from one spot in the genome to another. In 2005, the Gage lab discovered that a jumping gene called L1, which was already known to copy and paste itself into new places in the genome, could jump in developing neuronal brain cells.

…The team discovered a correlation between maternal care and L1 copy number: mice with attentive mothers had fewer copies of the jumping gene L1, and those with neglectful mothers had more L1 copies, and thus more genetic diversity in their brains.

…The researchers hypothesized that offspring whose mothers were neglectful were more stressed and that somehow this was causing genes to copy and move around more frequently.

If maternal neglect can cause mutation, so can social neglect, or a feeling of isolation from an early age. Societies function like extended families, and if we perceive we are neglected by those, then we may end up mutating during early life to attempt to find an adaptation strategy independent of what the parent or parent society does.

This could also lead to highly destructive results like an increase in mental disorders.

Diversity causes neglect and atomization by removing any sense of social trust, which causes us to become isolated and view others as hostile competition. This alienation in turn encourages us to withdraw from social activities or at least approach them insincerely.

This means that diversity destroys our sense of community and causes us to stop seeing connections between objects, focusing on the objects themselves in a strange form of materialism. That in turn obliterates social order especially in local communities.

As European-descended peoples become minorities in their ancestral nations, social isolation rises and they start to see themselves not as foes of the newcomers, but as foes of diversity, because diversity itself has taken away their ability to have connections in their world at a higher level than the individual self.

Those who live under diversity find themselves withdrawing from society, much like “white flight” showed white people retreating to suburbs and giving up on their cities. Now, like city people who shuttle from job to shopping to gated apartment communities, we live in our cities, but do not inhabit them, much like PTSD victims feel they live in their bodies but have no control over them.

Social isolation becomes worse in the presence of our pretense that diversity, democracy, equality, and pluralism — the causes of our isolation — are good things, because if we speak out against these obvious illusions, we will be attacked by our friends, neighbors, and business partners, leaving us not just isolated but impoverished.

The more we see the end results of Utopian ideas like egalitarianism, the more we realize that these ideals are scripted from the notion of a single individual in a perpetual present tense. Reality involves more layers, and so these notions fall apart over time, becoming the opposite of what they set out to be.

When liberation fails us, the only solution remaining is to avoid liberation, and instead of focusing on dividing the individual from society, finding a way to unite the individual with society by giving each person a paired role and duty that anchors them in their civilization.