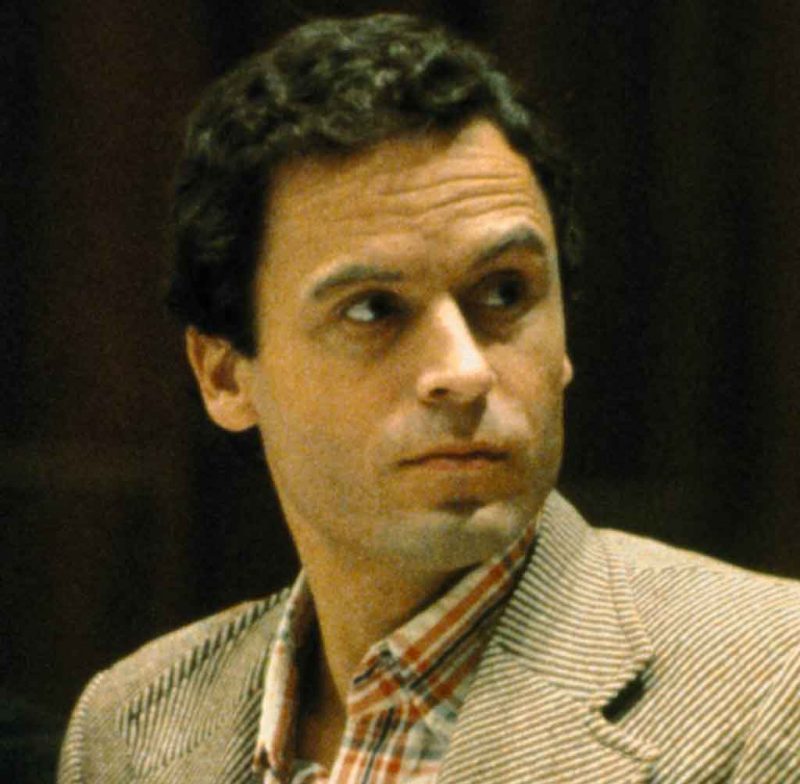 Serial killers probably existed before the modern time, but they seemed to bloom into view as society broke down. Where in the past a strong social order reduced the opportunities for casual interaction, the jeans-and-flip-flops culture of the 1960s opened everything up.

This brought out the parasite-predators. They could fit in with the endless herd of lost people wandering in circles, slip into casual social events, find people accustomed to the thoughtless world of dating and convenience sex, and then kill them.

Ted Bundy was one such murderer, but his pathology was driven by class warfare caused by his experience dating above his station:

Bundy reflects on what is likely his first relationship with a woman, with Diane Edwards in 1973. Ted appears to have idolized this relationship, and portrays it in a way that is so perfect that he cannot seem to handle when it falls apart.

Diane had such an impact on Ted that she inspired him to look at himself to become something more. We can all point to people in our lives who helped change us, and they can be used almost as milestones in our lives as we transitioned in a different direction. For Ted to care that much for what Diane was to him (hard to know if he cared for her, specifically), his time with her could have, too, been transitional.

This transition certainly seems evident when Bundy discusses his insecurities in the relationship:

“I experienced any number of insecurities with Diane. There were occasions when I felt that she expected a great deal more from me than I was really capable of giving. I was not in a position to take her out and squire her around, uh, in the manner in which she was accustomed. But, uh, or buy her clothes or, you know… I think I was coming apart at the seams.”

As obvious as it seems, corpses do not have expectations, and, if one should be so inclined, is a solution to experiencing this extreme anguish in a relationship.

He realized how much more life offered, and both could not afford it, and knew his character would not stand up to the demands. The loss of Diane traumatized him, and added to his raft of other problems, weaponized him as a serial killer.

While Bundy provides an extreme of behavior, the attitude of the Left seems to mirror his approach: they want to possess those who are higher than them in the natural order, kill them, and feel validated by their ability to manipulate the corpse.

In the constant degradation of the West, where the Left seems to choose what is both destructive and self-destructive, we see this pattern play out. They do not want to coexist with us, but to murder us and then pose us in a way that makes the Left look like they are in control.

Individuals on the Right often find themselves baffled by how Leftists seem to sniff out the worst possible option in any scenario, assuming that Leftists are mistaken in their choice, but it makes sense if their mental state consists solely of an impulse to destroy.