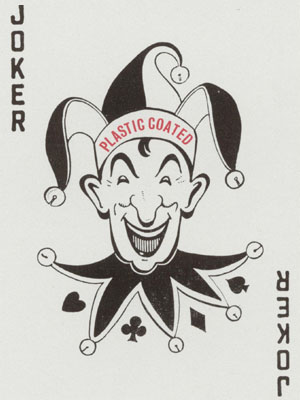 There has been a lot of talk, in recent days, about honesty.
It must be in the process of becoming a high priority, at least for some, made evident by its extreme lack.
Where did it go?
Why did it go?
How to get it back?

We can’t ‘get it back’. Not in the instant-gratification style, anyway.
But it is eminently possible to recover it, on a personal level.
Simply by being personally honest.

There exists a strange figure of speech: To be ‘brutally honest’.
Brutal? Hard to imagine how such a term became associated with honesty.
Honesty, it is said, is a virtue. The same can hardly be said of brutality.
It speaks of the modern mindset, that brutal becomes equated with honesty.

There needs be nothing brutal about honesty.
Reflecting reality is hardly brutal. Certainly it can be, if designed to be, but there is nothing inherently brutal in avoiding misrepresentation of what is.

Woman buys hat (see picture).
Woman asks man: “Do you like my new hat?”
Man thinks hat is grotesque.
Man says: “That hat stinks. It makes you look like an aesthetically-challenged group of tadpoles.”

So we have a situation in which the woman expects a certain response. A positive one. Thus a negative one, even if honest, becomes ‘brutal’.

It would seem that honesty is not necessarily brutal, in itself, then, but is perceived as being brutal by the expectations and demands of the recipient of honesty.
Thus honesty, by itself, needs not be brutal, at all. Only its perception.

The man may respond:
“That hat doesn’t do you justice, but that is only my own opinion of it.”
He may go even further, and say:
“It is what you think of your hat that counts, my love. No hat could improve upon, or detract from, your vast and incomparable beauty.”
Or personality. Or graciousness. Or fearsomeness. Depending upon the sort of woman being responded to, or the sort of relationship he may have, with her.

But this essay has begun to descend into the ridiculous, and soâ€¦

Honesty is neutral, then, unless, by intent, it is designed to be otherwise.
It reports reality. It can be relied upon, because it is unchanging.
It can become a baseline from which to venture out, on sorties into the chaos of society, and to return to, when society becomes too chaotic to bear.

There is no downside to honesty, although that may seem to fly in the face of reason.
I speak from experience. I have tested this, to destruction, only to find it remains intact, undestroyed by all my destructive testing.
I have had policemen, for example, inviting me to lie, to exaggerate, to misrepresent, in order to make a better case, and when I refused to do so, finding that I remained, as if by magic, among the living, and with no dire consequences to deal with, or further misrepresent.

When you don’t lie, you are dealing with data that does not change.
There is nothing to keep track of, to take into account, to organize and keep consistent.
The only limitations upon honesty are those that are dependent upon one’s memory.
Alzheimer’s sufferers, or amnesiacs may have some difficulty with this, but then, they have a valid excuse.
Nobody else does.

The Way of Men by Jack Donovan | Conservadysfunctionalism