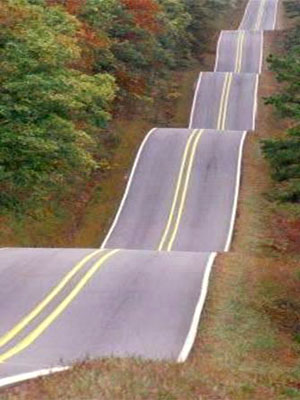 Conservatives have a depression problem. This isn’t news; in fact, it’s the anti-news. It’s a repeat from 1789 and every year afterwards.

1789 was when liberalism really won. It won because it was popular, not because it was right. It’s often that way with things. If a lot of people want to believe something, it’s a profitable product. If your leaders have let the economy out of Pandora’s box, we all chase the money.

This however starts a cycle of despair in those who can think clearly. They know that the long-term result of this path is destruction. They realize that knowing we are heading for destruction will sabotage each life with doubt, confusion, selfishness and bitterness. They prefer to avoid it.

But when they get up there to explain their vision, there’s a smiling man who looks like he sells things for a living. He calls them hateful, because they want to exclude some behaviors. He offers instead a simple solution: love everyone, give everyone something, make us all happy.

On the surface, liberalism sounds a lot better than conservatism (which was the way things were done before liberalism). It is foolish to deny it.

In the conservative worldview, there is a natural order to existence. We work outward from our egos toward it. We meet it in some reverent state, and do what is sensible according to it, hoping to reach a transcendent understanding of life despite death. Our goal is internal: refine ourselves, get clear, become disciplined, see the world clearly.

In the liberal worldview, the natural order is random and probably horrible. No transcendence can be had. Instead, we must maximize our time in life by focusing on ourselves. There is nothing which we should deny any human being, lest they have miserable lives. Thus, if anyone has anything, they have a moral duty to share it equally. Our goal is external: fight the bad rich/kings/elites/gov’t/corporations, and then live in a perfect society of harmonious equality and tolerance.

Inevitably someone pipes up and says, “But what about classical liberals? They were more like anarchists or libertarians. Do whatever you want in your yard, and I’ll do whatever I want in mine.” This is essentially the same idea as modern liberalism. Build a civilization out of many individuals acting in self-interest, but as we see, that leads to total social chaos and thus breakdown of civilization. It’s a laughable idea, which is why modern liberalism has incorporated a strong state into its view.

This was why when the West made its shift to liberalism back in 1789, it embarked on a slow ship to destruction. Liberalism started out as a pleasant idea. It gained momentum. Finally, in 1968 it won over the most populous generation (the Baby Boomers) ever born in the West. It won socially and culturally, and the right has been so seriously marginalized since that time that it’s a shadow of itself.

1968 was when the conservative depression problem ramped up also. Before then it had been: “Well, maybe we can hold on like a rearguard action for another four centuries, and this liberalism thing will burn out.” After 1968 it was clear that would not be true — liberalism is the final stage of civilization, much like stage five cancer is the final stage for many human individuals.

It’s not a phase. It’s a death sentence, and it leaves in its wake third-world countries like the ones that were left behind after ancient Rome, Greece, India and Mexico fell. There would be no holding out, but facing a world in which conservatives would never again win elections.

Ronald Reagan was a respite. For a brief decade, the West produced a leader who could beat a formidable adversary. But it was temporary. After Reagan, conservatives were unsure of themselves so they started pandering to the left by incorporating leftist ideas.

Not surprisingly, they lost popularity the more they incorporated ideas from the left. Why would anyone want to leave behind leftism for conservatism if the two are very similar? They can get everything they need from leftism, with fewer unpleasant realities than in conservatism. Conservatism had ceased to be an alternative, and had become instead a different flavor of the same.

Conservatives don’t believe they can win and thus they are dysfunctional. In Europe, the conservatives are all neoconservatives whose only real sense of right-wing policies is militarism and a lingering but unspoken nationalism (the love that dare not speak its name).

In the United States, all of the conservatives are also neoconservatives. They want what liberals want, which is equal, social welfare, pacifism and a strong paternalistic regulatory state — but unlike liberals, they’re willing to go to church, war and a mentally taxing day job in order to achieve that.

This dysfunction in conservatism means that people elect them without having any idea why. Usually conservatives get elected after the country has swung too far to the left, and leftist policies have ruined something important, so “the people” elect the opposite to fix it.

The problem with that is that it allows the cycle to continue. Liberals win all the elections until they screw up, then we get the right-wing in place. They promptly start fixing things, which removes freebies and forces unpopular truths on the population. Thus next election they’re gone.

For this electoral cycle, conservatives should try something not attempted since 1789: be functional, not dysfunctional.

State your case calmly, logically, cooly and firmly. There are logical reasons behind conservatism: know them. Know there is a center to the philosophy, which is a sense of natural order and preserving identity, tradition and nature. Point out that conservatives think long term where liberals refuse to.

I can’t guarantee this will win an election. But it will ensure the voters know there is a real alternative, not just two flavors of the same failure.