“Hate Crimes” Do Not Exist 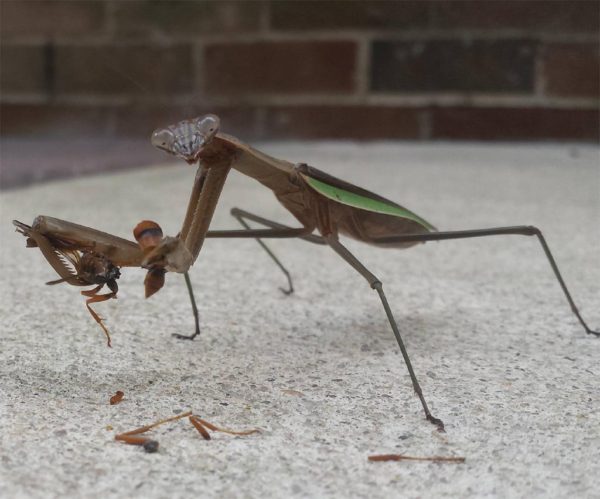 Many of us find the phrase “hate crime” to be disturbing because it implies that some motivations for committing crimes are more serious than others. While this might make sense in the context of Murder One, where plotting and scheming to kill someone is more serious than freaking out and crushing their skull on the spur of the moment, it fails when used as a method of political control.

Unfortunately, that is how “hate crimes” are used in the our Leftist superstate. In the grand tradition of inverting the inverted, we should consider a crime which might have had radically different consequences if the races were reversed:

Among the 35 documented incidents of vandalism, according to police: a car spray-painted with [t]he term â€œfâ€” white ppl,â€ and buildings with the phrase â€œkill copsâ€ and an â€œAâ€ stylized apparently to stand for â€œanarchy.â€

…At least 13 victims were identified, Frankel said, adding that investigators had no reason to believe the vandalism was targeted.

…Following his initial arrest, Chamu penned a Facebook post that quickly went viral, Berkeleyside reported. The Berkeley publication reported that in the post, which was shared thousands of times and garnered widespread support â€” including from Berkeley Mayor Jesse ArreguÃ­n â€” Chamu accused police of racially profiling him for â€œbeing Mexican.â€

In the post, according to Berkeleyside, Chamu said that sheriffâ€™s deputies when booking him into jail mocked him for not speaking English, adding that they also made assorted racial remarks.

The cops backed out here by saying that the vandalism was not targeted, meaning that it did not appear that the vandal systematically targeted property belonging to white people. For all we know, none of the victims were white.

But if a white guy had spraypainted thirteen homes, and any one belonged to a person from any group, the data would be interpreted selectively and the crime would have been charged as a hate crime.

This asymmetry persists anywhere there are crimes designed to defend a “vulnerable” group.

As time goes on, and it becomes clear that replacing one form of discrimination with another just makes the “victims” into abusers, a backlash is building:

A lawyer representing Columbia graduate Paul Nungesser issued a statement announcing a settlement in the case that dated to 2015. The lawsuit stemmed from what Nungesser described as gender discrimination on the part of the university after Emma Sulkowicz became known as the â€œmattress girl,â€ in what she called an artistic rendering of her dismay with the administrationâ€™s handling of her allegations.

…The announcement of the settlement comes the same day that U.S. Education Secretary Betsy DeVos met with representatives from survivor organizations and advocacy groups for accused students as she examines possible changes to Obama-era agency rules that she told reporters appeared to be unfair. Nungesserâ€™s case also served to highlight the rising number of lawsuits filed by young men concerning whether universities equitably adjudicate allegations of rape.

Right now, conservatives want “equality” — or so they think — which means parity in how the cases are handled. In that view, the anti-white vandal gets called a racist and charged with a hate crime, and students accused of rape are not assumed to be guilty, or at least assumed to be as likely guilty as it is likely that the accuser is lying.

This is a mis-step. Hate crimes are nonsense because in a healthy society, people have the right to have opinions. They also have the ability to socialize with, rent to, sell to and hire whoever they want. But we all know what happens if we do this: our government’s pet equality project, civil rights, fails as the groups separate.

In the same way, college tribunals about “rape” are useless. It turns out that casual sex is a stupid idea, much like diversity is a stupid idea, because it pits two groups against one another with no trail of real evidence. As a result, we are going to either make the erroneous assumption that all men are rapists, or that all women are false accusers, and nothing will be resolved.

They fool us, these clever bureaucrats, by making us take sides in a debate where the real resolution is to reject the conditions that make the issue in question so contentious. That is, they force us to take one of two sides that they have defined, and by doing so, the issue is framed so that we naturally tend toward the “right” conclusion:

In 2014, political scientists, writing in the journal Science, reported that humans â€” stubborn and cliquish as we are â€” are capable of a profound change of mind.

The researchers had demonstrated that a 20-minute conversation with a gay canvasser could make a lasting impression on a voter’s willingness to support same-sex marriage legislation.

Broockman and Kalla’s paper finds these conversations not only move people to be supportive of trans people and trans-inclusive legislation â€” but that effect also persists three months out.

This is more of the personal moralism forced on us by democracy and egalitarianism. Instead of asking whether an idea makes a positive contribution to society or a negative one, we are asked to get deeper with our feelings, and to project ourselves into the place of one of the parties. That makes the conclusion inevitable: none of us want to be restrained in doing what we like to do.

A more sensible view is to look at the implicit actions behind these questions and ask what they do for civilization. Without diversity, there are no hate crimes. Without casual sex, there is no revoked-consent “rape.” For those of us who hate crime, the type of “hate crime” thinking is just a band-aid applied to insoluble issues.