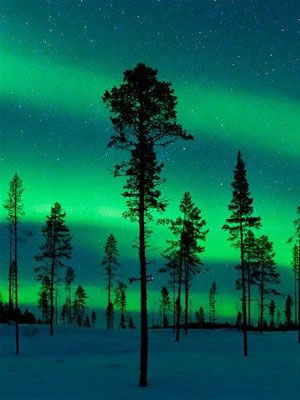 Friends and acquaintances wear troubled looks of late. No specific event afflicts them, but I think what was clear to me in the 1970s has become clear to many more (but still a minority).

That is, they’ve realized that our society is collapsing from within. This is not collapse like in a Hollywood movie, but a slow devolution to third-world levels of order and abilities.

Worse still is that this collapse is empowered by the willingness of the average person to believe easy lies that explain away problems. The average person has low moral standards, low comprehension and thus prefers a simple lie to even a mildly complex truth.

How does one resist such a pervasive evil? Like a cancer it appears in many places at once, turning the body against itself. It corrupts everything it touches and turns that thing into a means of spreading itself.

People want to know what can be done. Is it time for revolution? Do we throw out the existing parties? Or should we simply be emotional, have a tantrum and do nothing, like most will anyway?

My answer is that we never fight any problem with a single action, and the more deep-seated the problem, the more layers our response must have.

First, we should hang on. This means ignore all that goes on outside of your small community, produce a healthy family, and preserve the art and learning of civilization.

Second, I think we should get better at articulating what we want outside of the modern political dogma. Do we want government shut down, or some of its functions abolished?

Third, I think we should reclaim social institutions using the principle of self-interest. Liberalism is based on the notion that we’re all equal, thus we can act in the interest “of the group.” But that has us acting to preserve people who work against our interests.

What are our interests? Aye, there’s the rub. I would say they are two-fold: first, immediate “freedom” from interference in our ability to associate, interact, conduct commerce, etc. with anyone we want, and to exclude anyone we don’t want. Second, we want the ability to pursue the society of excellence that our Greco-Roman and Nordic forebears sought.

However, the most important part of this remains: hang on. Civilization is like a whirlwind that blows around a farmhouse and, if the house stands, the next day the storm is gone and the good people remain.

Most of the people you encounter in society are self-destructive. Without moral fibre, particular thinking ability, honesty or even much of an attention span, they are here for today and will be lost to the ages. They are biological mulch.

They will manufacture a lot of drama and try to waste as much of your time, money and energy as possible. This is their role, as undifferentiated people. They destroy what’s good that we all share for their own temporary benefit, and when that runs out, they expire.

Let the whirlwind blow itself out. Stick to what is true: faith, honor, heritage, family, love, literature, art and transcendent ideals. Keep pushing toward these. As the others exhaust themselves, we who share this vision will surge ahead.

Defund the USA | Fighting back with a sword of beauty