Fighting back with a sword of beauty 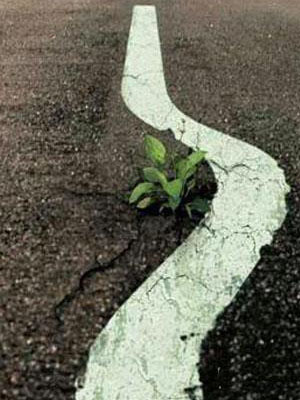 The easiest way to make paper burn is to catch on a flame on the edge. But if you hold the paper over the flame, there is a longer pause, and then a scattering of spots open up where the fire eats through.

In the same way, fighting back against modernity will be difficult. You are fighting modernity because it is an instance of Crowdism, which is itself the parent discipline from which liberalism descends.

Crowdism is an individualist notion, despite the name. When people are more afraid of failure than they are motivated to do good, they become defensive and want to find a way to prevent judgment of their failure. Thus they invent equality

The Crowd applies equality through guilt. It’s a good thing; what, are you against a good thing? If you’re a good person, you support this. And so it spreads like a cancer, but because it’s a preference and not a reality-based result, it has no check and/or balance on it.

Equality serves to destroy rules. If you see a rule you don’t like, claim it is unequal. Claim that what you want to do, which the rule was designed to prevent, is actually your equal right. Erase any context or qualifications so you can do anything you want.

Thus a simple idea snowballs into an angry mob which demands absolute equality. It’s easy for humans to displace their doubts and fears into blaming the society around them for a lack of equality. In fact, the more failure and doubt they have, the more radical they are.

When you give them what they want, they face a choice: admit that future failings are their own, or invent a new reason why their failings are not theirs. Thus they find a new way equality must be applied, and demand it.

This is why liberals in the West are always on a quest. First equality for low classes, then all races, then LGBT, then who knows? The raging individual wants zero restrictions on its own action, and so will demand “equality” as a way of destroying all rules.

Because they’re not geared toward personal responsibility, the equality-jihadists never get around to fixing their actual problems, personal or otherwise. As a result, the lack of rules causes social discohesion and makes it easier for parasites and criminals to spread.

It is like a vast wave of death crossing the land, but it disguises itself as New Age/happy things like enlightenment, love, peace, kindness, compassion, fairness, justice and friendship. They always used advertising-hippie words, even before either existed.

Crowdism can strike at any time. It isn’t one party, or one political alignment. All leftists are Crowdists, but right-wingers can modify conservatism to become Crowdist also. The Crowdist idea is equality before judgment; the anti-Crowdist is results before privileges.

How do we destroy this horror, this lurking moronic menace that reduces people to zombies chanting out zombie automaton ideology? I think it’s wrong to try to destroy it; better is to take that energy and focus it on ourselves, and on making communities of beauty.

This is a lot harder than destroying something.

However, it’s also a useful exercise. If you build something beautiful and highly functional, the zombies will try to come destroy it. They may even succeed. But the fact is that you’ve made them go after you, instead of being a credible enemy to them.

Further, you’re showing people the most important thing possible: they don’t have to join the zombie march. In fact, outside zombie-ness there’s a beautiful world to discover. You break the peer pressure hold over them by showing that the Crowd is wrong.

Building beautiful places can be as simple as opening a better business and running by ethical principles, like Chik-fil-a. Or in writing books, blogs, poems, songs, etc. that affirm sanity and harmony toward life itself. Or it can be working within local government, improving conditions for others. It can even be simply forming community groups, wide social circles and meetings that enforce and spread sanity. There are infinite ways to do it, but it must spread beauty, and not be only for your own pleasure.

If we put that energy instead into revitalizing local communities, openly defying the rules of the Crowd, and building function things instead, we would draw people to us. Instead we fight the Crowd and observers see only two bickering parties.

Hang on | Why universal basic income signals the end of diversity