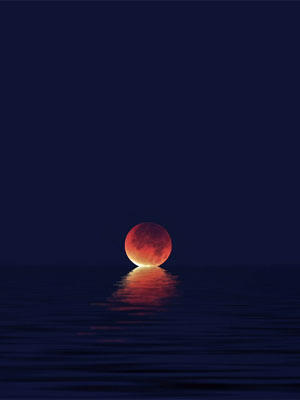 Life offers us many paths. When we choose one, that determines the options we have left. It’s like a kind of tunnel forming through the vast matrix of possibilities, veering away from potential foreclosed and toward the options remaining set in motion by the initial choice.

Decay is one such path. When one chooses decay, one also chooses a form of that decay. In governments, that form is pandering to the Crowd. You decide that instead of upholding a moral standard, you will indulge people in exchange for their support.

It’s basically like getting paid to make excuses for people. This is often what happens in socialization anyway: you explain away your friends’ failings, whether it’s poor judgment in love or failure at one of life’s many little tests. Except when you do it in politics, you get power.

For a long time, the USA has been tripping down a bad path. This is part and parcel of the decline of the west, and how things have gotten really bad since the French Revolution and the virtual takeover of our political systems by liberalism. But the US started going bad in the 1950s.

This process picked up during the 1960s, when the children of the wartime pro-liberal propaganda began to really loathe the suit-and-tie world they’d inherited, and starting trying to subvert it. They took that propaganda and demanded it be redeemed at face value.

From this came a uniquely modern notion, which is the Great Society. In this view, a society that has wealth and “progress” can afford to obliterate the conditions which nature has imposed. It should be a simple matter of material: hand out wealth, inequality vanishes.

It denies that there is an informational cause to inequality, such that societies tend to order themselves along bell curves for any number of factors. Unless everyone earns exactly the same income, there will always be rich and poor, strong and weak. However, that notion upsets people who have come to depend on society itself to make all these things right. They want to legislate it away.

Since the 1950s, the US budget has added a twin to its original outlay. This twin deals exclusively with social entitlements and obligations related to the Great Society program, its ancestors and descendents. These programs have become the Democratic party’s election strategy: give out benefits, enforce civil rights (indirect benefits), and win voters.

The problem with this approach is that it’s a one-way path. Voters almost never vote to recall benefits. This is because recalling benefits is socially unacceptable once the entitlement mentality kicks in. People see it as stealing from others to take away their benefits, even though the same approach — taking money from some to give to others — is what funds those benefits.

Thus the path from mild welfare to full-blown Socialism is an assured one, and is accelerated by the fact that as liberal programs act, they produce social chaos and instability. This makes people cling more to the safety nets, benefits and other subsidies.

If the US government is not cut off of the steady supply of cash produced by our borrowing, it will continue to vote into place more benefits until it rivals the Soviet Union. These will never be recalled by voters. The resulting situation is mathematically unstable, because the closer you get to economic equality, the less anyone has incentive to achieve anything. Show up, take the check, and go home.

In fact, they’ll take a perverse desire in how little they care about their jobs, because they still have to go to them. They resent that, as well as the fact that if everyone gets the same amount of money, no one can ever get out of the trap of having to go to a job. There’s no escape.

What’s happening in Washington D.C. no longer has much to do with Obamacare. It’s not even about the budget, per se. It’s about whether we keep going down the road to full-blown socialism and follow other entitlement republics into the dust-bin of history, or whether we admit our path was wrong and reverse course even if the entitled think it’s “stealing.”

If the Republicans back down on this issue, they guarantee that nothing will stop Democrats from passing more entitlements and passing along the buck. What happens then is not a default, but a steady degrading of the value of our currency, national prestige and quality of life.

Our next stop after that is banana republic status. Corruption will be normal, nothing will quite work right, our surroundings will be ad-hoc ugly and vandalized, and rule of law and common values will barely exist if at all. Many countries have already gone down this path.

For this reason, it’s important that conservatives join together. Our country has become a monster that is as leftist as Stalinism. Let’s tear it down, kick out the incompetents and exile the criminals, and start over again with some sane and natural principles independent of leftism.