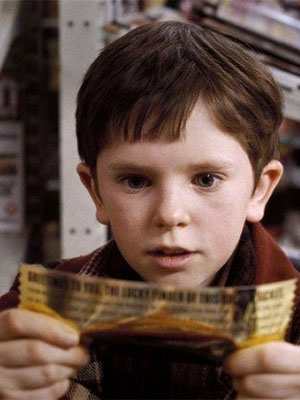 What killed the Soviet Union was that ideology replaced reality. Because other people reacted more positively to ideological “truths” than truth itself, the entire country acted on those ideological impulses and excluded reality from the picture.

We live in similar times in the modern West, meaning Western Europe, the UK and the USA. The ideology of the Soviets was equal funding, or Communism; our ideology is equal validity, or the freedom to pursue even illogical ends (on society’s dime). In the name of this freedom and equality we would do anything, even sacrifice ourselves, because this value is so fundamental to us.

Both of these ideologies are means of manipulating the herd, which is what happens when your society does not have a hierarchy and is composed of a vast mass of equal individuals. Such people do not do anything they do not “want” to, so you have to make them want to do things through outrage, bribery, greed, lust, arrogance and other base emotions.

Democracy does not always have to fail this way. When it’s a millionaires club from those who have made successful businesses, or come from old money, as the Founding Fathers intended it to be, democracy is more like a big committee meeting between people who know how to make the affairs of humankind succeed. When you open up the floor to everyone with 23 pairs of chromosomes, the standard of discussion drops as does what the group recognizes as a result.

That’s when the manipulation starts. The voters will always complain about being manipulated, yet they demand that they be manipulated by the very nature of mass politics. You need to manage a herd, and make it like your idea, which isn’t going to happen through intellectual means. This is more like spectators at a sports stadium than thinkers in a library. As a result, you make the idea sexy and describe it in the most lurid terms.

There is one exception. You can also flatter your audience. You see salespeople do this all the time: “Since you’re such a nice person, you’ll obviously want something a little more elegant…”

You flatter the voters by telling them that contrary to appearance, the goal of politics not power and function. It is morality. Morality in a group cannot be more complex than “be nice to each other.” As a result, you appeal to notions of opposition to cruelty, desires for equality and justice, and a sense of fair play that includes pity to those in less fortunate circumstances.

Although people insist that this is proof that voters are not selfish, the reality is that the voters are extremely selfish. They’re purchasing a different type of product here, which is a sense of self-esteem derived from external sources. That way, it doesn’t matter if they live in failed squalor. They are nice people because they supported the nice people initiative the government offered.

These pandering initiatives create a type of “Golden Ticket,” based on the concept from the novel Charlie and the Chocolate Factory by Roald Dahl. In it, a character finds a golden ticket that allows him entrance to the most fascinating place on earth.

Here in modern liberal democracy, what a golden ticket does is buy us unlimited justification to be not-equal. In other words, to put our interests first because these aren’t our interests, but the interests of the group. If you wonder why government is prone to abuse, it is because it is a golden ticket. It magically opens doors and allows you to do anything you want.

Since our ideology is based on equality, any highly visible affirmation of equality is more important than reality itself. These golden tickets must be immediately visible to all people as a means of furthering equality by helping out those who have less. There is no better golden ticket than civil rights, although gender equality and gay rights might do so in a pinch.

Civil rights in the West means multiculturalism since we as a richer society have accumulated, through some means awful and some means simply commercial, a vast underclass of people from a different background than the majority. Multiculturalism is extending equal social status to these people.

Since multiculturalism is thus the visible aspect of our underlying idea of equality and its socially sacred values, any support of multicultural ideals then becomes a golden ticket that unlocks all doors. Most importantly, it unlocks the door to the gold, or objectives on which the public has repeatedly voted to spend unlimited amounts of money.

The Golden Ticket gets your department a higher budget. When other departments get slashed, your Golden Ticket makes sure you lose no money or even get more. For individuals, the Golden Ticket often means they cannot be fired except for incompetence so pervasive that it was a net negative instead of a net zero contribution.

In Soviet Russia, the Golden Ticket was being a Communist true believer. If you were a zampolit, or political officer, or otherwise worked in the vast bureaucracy that tried to keep people brainwashed, you could do just about anything. After all, you could have people shot, with a simple phone call.

In the modern West, the accusation of “racism” is about like being shot. You become un-employable. Even more, no one wants to show you any good will, so get used to being a pariah. You will have no friends. Stores will not be excited to help you. People will want you gone from the public sight, like pedophiles and drug addicts should be.

And the cost of the Golden Ticket just keeps piling up. Social welfare programs now make up half of our budget. In the other half, how many pensions and military programs are actually diversity and equality programs? There is no one central organization that funds diversity; instead, every single organization must have its own diversity department.

For example, many universities are busy slashing science programs, cutting computer science, and even savaging the liberal arts but they have time and money for diversity. The indomitable Heather Mac Donald collected this list of diversity-related job titles from one university:

the Chancellorâ€™s Diversity Office, the associate vice chancellor for faculty equity, the assistant vice chancellor for diversity, the faculty equity advisors, the graduate diversity coordinators, the staff diversity liaison, the undergraduate student diversity liaison, the graduate student diversity liaison, the chief diversity officer, the director of development for diversity initiatives, the Office of Academic Diversity and Equal Opportunity, the Committee on Gender Identity and Sexual Orientation Issues, the Committee on the Status of Women, the Campus Council on Climate, Culture and Inclusion, the Diversity Council, and the directors of the Cross-Cultural Center, the Lesbian Gay Bisexual Transgender Resource Center, and the Womenâ€™s Center. – City Journal, via Unamusement Park

Across the West, governments are acting out an anti-majority agenda not because they hate the majority, but because helping minorities is a Golden Ticket. The more you focus on minorities, the more money your department gets, and the higher your career goes.

It’s essentially identical to the Soviet system of promoting the most loyal communists over those with questionable allegiances. Those with the Golden Ticket rise, whether competent or not. This means that we flood ourselves with the unrealistic at the same time we back away from using a projection of reality to test our ideas, and instead worry only if they’re ideologically correct.

Every day we refuse to turn back from this delusional course of action, we come closer to the fate that awaited the Soviets — collapse from within. When that happens, even having been a good true believer cannot save you from the chaos that results.