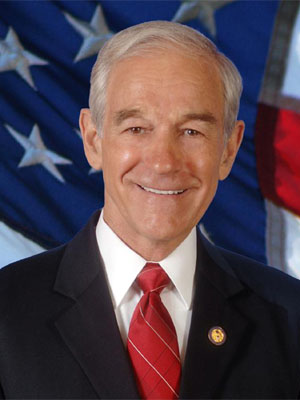 An interesting convergence of events doomed the Ron Paul campaign this go-round, like it did last time. It was a simple convergence with a lot of backstory.

First however it’s necessary to point out that we live in two modern realities. One is social, one is physical. Social reality can be many things, but often it seems to split into two types of denial.

The first type of denial is tunnel vision. The herd are oblivious to any notion except what they need to do to have good jobs and raise families. They want schools, neighborhoods, and economic opportunity. From high above, they look like yeast, but there are many in this group who have simply written off society around them as failure, and intend only to maintain themselves.

The second type of denial is cognitive dissonance. These are people who are not living the good life according to the herd, or who don’t find that life fulfilling enough to dedicate themselves to it. This group is mixed failures, dissidents, artists and criminals. Their goal is to find a reason why their participation is not needed, and yet a reason to still be important.

You can see how this creates two groups, a majority vested in as little change as possible, and a minority who justify their non-participation by the need for change.

This eternal cycle participates in the splitting of all societies. A strong society will have clear reasons for its actions and include the majority, while removing the minority or directing them into colonies, outposts or jobs in which they can feel they are “making a difference” like caring for the poor.

All of this is a way of saying that in media, in conversation and on the internet, the second group is the one you are most likely to encounter despite them being a minority. This is because they are the only ones likely to bring up the topic; the majority group has no interest in talking about politics except the way it talks about sports. To the majority groups, politics and social change are not desired. They are more concerned with making business contacts, buying the right products and having friends. The result is that the only people who talk politics are those who are dissatisfied and looking for a reason to justify that drop-out status.

This minority group has a duality in that some of its members would be unhappy in any society except the society of themselves, and are looking for justifications of their selfishness. Others are actual dissidents, or people who have noticed actual social problems (which is like shooting fish in a barrel, in the “Late Empire” style of civilization currently in the USA and Europe).

Very rarely does one idea unify both halves of the minority group, and also appeal to the majority. For some time, this was Ron Paul. Then, in a tragic moment, he clarified some of his statements at a time when another event in the news made his statements look truly horrible. At that point, his campaign lost its support from the majority and began a downward trajectory.

When Ron Paul was polling competitive numbers, and was getting into the high 20%s of polls, it was because he appealed to the majority. The minority, being probably less than 20% of our population, cannot alone thrust him up into that level of attention.

However, Paul chose to take a hard-line and preach to the minority, or the ideological types, rather than the majority, or the practical (in the short-term: their tunnel vision is predicated on their lifestyles being magically maintained by invisible outside forces) types. As a result, he made several statements about his foreign policy which amounted to isolationism.

Isolationism is a bad word among many of the ideological types and most of the majority. That latter group is vested in life being as it is now, in the future; they do not want a loss of national prestige, of world stability, or any other substantial changes that could rock the market or fling the world into chaos.

Seemingly oblivious to that, Ron Paul went around making statements like this:

Look, we are bankrupt as a nation. Our army marches in Chinese boots, while our air force flies on Saudi oil. We cannot continue to enforce a Pax Americana while our southern border allows illegals and terrorists to pour into our country. And we certainly shouldnâ€™t be footing the defense bill for countries with whom our industries compete in the global marketplace. Bring our soldiers home. Secure America first. – Ron Paul official website

This appeals to the ideological types, who value simple and forceful solutions that “feel good” because they take a single idea and apply it across the board like a leveling effect. From a visual and emotional perspective, this is very satisfying.

This does not appeal to the majority. Their religion of obliviousness depends on the notion that you can live in denial of the world and not be subject to its problems. Obviously that makes no sense, but these are short-term thinkers, and in the short term, they’re right. Change nothing and keep succeeding personally and all will be OK, for a time.

Right about the time Ron Paul was ramping up his rhetoric about non-interventionism and isolationism, the Iranians started talking more about their plans for having not only nuclear power (which may be a code word for “nuclear bombs”) and missiles that can deliver them.

While there are many lovely Iranian people, and much to learn from them, their country as a political entity is a disaster and has been for centuries. It is wracked by internal conflict and a struggle for power, as well as a need for self-definition. They took hostages and supported screwball and ineffective terrorist groups throughout the 1980s and 1990s. Few trust Iran as a result.

What the Ron Paul campaign came to mean then was no longer “we’ll cut taxes and bureaucracy so we will prosper more” but “I’m an ideological maniac who will slash programs we need to maintain world stability.” Love it or hate it, Pax Americana like all imperial rule has provided a “higher court” in which international disputes go and are resolved. Fewer catastrophic wars happen.

This convergence of events caused even the oblivious sofa-dwelling American and European middle-class consumers to turn on Ron Paul. His policies would lead to world chaos. Both American voters and European supporters evaporated; not all of them went, but enough to drop him from “contender” to “running as an ideological statement.”

Not all is bad. Ron Paul lives on. He revitalized one intelligent aspect of the American right, which is to distrust calcified bureaucracy, the de facto union of government workers, and all the “do-gooder” social programs that they create in order to justify their existence.

Although the Tea Party also seems to be losing momentum, its ideas have carried forth. The majority wants a candidate who will slash government and do-gooder social programs. They want this candidate to also be responsible to foreign policy, and don’t mind if the candidate ends up supporting conservative values like family, economy and social stability.

Sadly for Ron Paul, he is no longer that candidate. His son Rand, who never seems to have bought into libertarianism as an “ideology” and sees it more as a practical method for creating a powerful nation, may be.