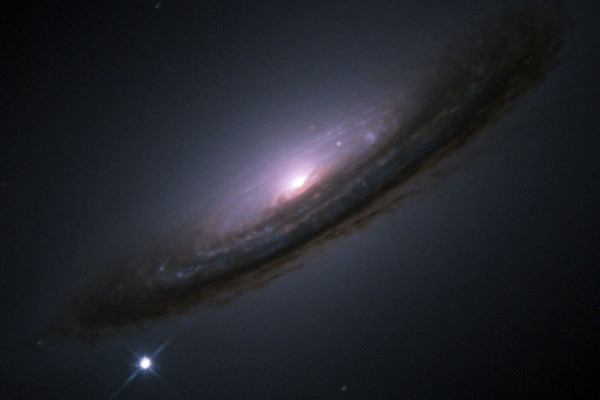 I’ll give it to you straight. Nobody understands anything I write, anyway.
Give me a few moments of your day, and you’ll wander off, stunned at what you never knew.
Nothing personal; nobody else knew, either.
Do not imagine this to be either science-fiction, or theory.
Some journeys extend farther than expected…

The entity formerly known to itself as <lost in translation> gave birth. And as It did so, so was It born. A moment of certain death became non-event, and event One crystallized into being.
It stood at the threshold, although ‘stood’ is not remotely what It did. It existed, at the threshold, and moved without moving, from unspecified vantage, to unspecified vantage several parsecs removed.

It gazed with nothing that could gaze, upon a low-albedo planet, tirelessly rotating not far off. Far and wide, stars arrayed themselves, and It with them. The void throbbed. Hummed. Chimed. Softly singing in the microwave band. Echoes came and went, vanished and returned. Whispering from their eternal journey – at light-speed – through nothing, back into nothing. And all around lay nothing, packed to bursting.

Stately vessels of luminescence, hove and heeled, delicate as ballerinas in zero gravity. The solar wind whispered. <lost in translation> saw it all, and it was good. It was now. It was always. It was new and old, and near and far, and though It had just now joined it, it was flushed, still, with its first living breath.

It was. And so was It. One for All and All for One. They were It and It, they. All of them were It.
It lingered several millennia, and waited for the moment to pass, although, as It knew, the moment never would.
More aeons unrolled, silently, and without movement, and still the moment lingered.
It did not smile at this, for why should It? It was neither happy, not sad, hopeful nor dismayed. It simply was.

It considered Its past, and could find none to consider. It considered Its future, and likewise found no trace.
Again It was pleased, but there was no manifestation of Its pleasure. No memory marred Its balance.

It breathed, although there existed nothing to breathe, nor the means with which Its breathing could occur.
But Its breathing continued, regardless. In, out. In, out. Universes spawned, grew, waned and winked out. Until the next breath renewed it all again. All, in the absence of time.

It knew all. It was all. It knows all. It is all. Endless, without conception. Conception, without end.
Luminous blue, luminous white, quanta without limit, souls in the light.
Satisfied, <lost in translation> turned, without turning, moving without moving…

…The sun was setting in orange splendour, behind the mountain where God lives. The air was warm and scented, the grass fragrant and soft. He smiled. Then laughed. And still, the twelve nightjars, arranged around him, facing in, as the hours of a clock, did not move. It was a laugh rarely heard, with a quality rarely present, for the laugh was one of incredulous bliss, and foolish discovery, of the kind so rarely released from human lips.

So obvious. So near. So visible. So dear.
Some things are never seen. Humans do not know of them. Yet those things of which they do not know, are scarcely hidden from view.
Satisfied, the twelve nightjars rose, as one, and rustled off, through the evening air, to do what nightjars do, on perfect evenings.
To live.