The problem of passive aggression in far right personalities 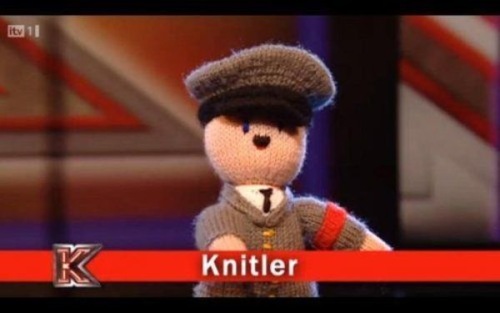 Of the various forms of far-rightist, a personality type keeps emerging. It is not inherent to rightism, but rather to any marginalized belief that is also messianic.

In this personality type, the mind becomes fixated on a perceived truth, for example the notion that The JewsTM control the world and are behind the downfall of the West. What becomes important then is bringing this idea to others. So important that all conversation must relate to the idea.

However, the idea is chosen in part because others cannot accept it. It is hopelessly divisive. This serves the purpose of the person speaking it, as they are able to act out a familiar pattern: tell the “truth,” have others recoil in horror, and be ostracized and thus retreat in justifiable alienation.

This keeps the idea-teller in a position of perpetual victimhood, and simultaneously gives them a reason to believe they are being martyred for truth. They told the most important idea; it was rejected, thus it was the fault of others for being weak (“wake up sheeple”) and the idea-teller is the messianic figure who sacrifices all to tell this truth.

For such a person, the ideal conversation is drive-by. “Your toaster failed? It’s the Jews. What, you don’t believe me? You’re just not ready for the truth. Nevermind, I understand; you’re weak. You just don’t want to accept the obvious. But me, I need to tell the truth as it is, so I hold myself to a higher standard than you.”

Where did they get this idea? From liberalism, perhaps, but it’s older than that. Even mothers use this idea with their children as a form of manipulation. “Son, you need to study more. You reject this? It’s because you’re immature. Never mind, I tried to tell you.”

An additional benefit of this approach is that no one is required to do anything. The far rightist comes in, says his or her piece, and then retreats to glorious victimhood. But, since the “sheeple” are unreceptive, nothing more can be done so the retreat is all that happens. This enables the far-rightist to go find some like minds, hoist some beers and listen to some droning angry punk music.

If I were opposed to right-wing ideas, I would endorse as many of these people as possible. I would give them money and keep them out of jail. I would get them housing in hip and happening urban areas. They are excellent marketing against right wing ideas because their goal is always to alienate other people and then be unreasonable.

They convert more people from vaguely right-wing positions to liberalism with their behavior than could be done with a million Superbowls of ad coverage. The only possible solution is to legitimize far-right ideas by removing them from the messianic approach and transferring instead to a more workmanlike offshoot of regular conservatism.