What neoreaction should have told young men 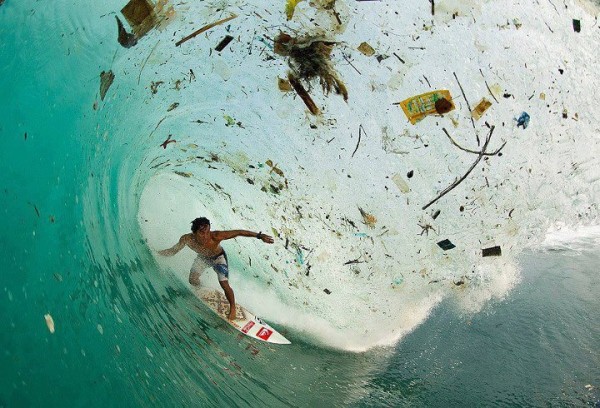 For this reason alone they’re not credible unless you think that people manipulating you with clever terminology is a good thing. However they tap into something that young men across America and Europe can feel but can’t articulate: they’ve been had. Worst of all, this isn’t a one-time ripoff. It’s slavery for the rest of your life.

The problem for young men is that for them to face this requires they reject the dominant lie of our time. This lie is so pervasive that it is a meta-taboo to even mention it in most cases. It is something we are taught from birth to avoid speaking of, by parents, teachers, employers, police, media and even our friends. It is what blinds us and keeps us enslaved.

Most people lack the will to break this taboo. Doing so requires too much honest courage for your average person, and it’s easier to be an iconoclast by throwing around some edgy ideas before drinking yourself silly, playing video games, smoking a little sinsemilla and humping an unpaid prostitute before getting up the next day and marching off to your job, where you’ll serve in tedium for the rest of your life.

Before we talk about the taboo, let’s talk about the high cost of parasitism. Before the 1950s mania for selling things to each other descended upon this country like airborne Ebola, people worked less. They got up early, got to the shop, and gave it a hard go for about six hours and then headed home. They took long lunches, smoked whenever they wanted, drank like fish and ate delicious high-fat foods. They also lived longer that we’re going to, in the biggest part because they were less stressed.

You could be working French Socialist-style hours at 25-30 hours a week, and having more time to just be yourself. You’d get tired of the booze and video games quicker and move on to better things. Maybe some real hobbies, adventures with friends, getting to know some better quality women than whatever staggered into the local watering hole and rasped out the name of your favorite alternative band and a drink order.

You’d be fitter too. People walked more then, just wandering around. Parks, wildlife, jaunts with companions. It was healthier all-around, and less ugly too. Cities were less violent in their non-ghetto areas. Architecture was less pointlessly trendy and uninspired. There was a sense that people should live whole lives, not just be function. When we’re all function, all that matters is who you can boss around in order to make yourself feel powerful.

The sad truth is that you work most of your life paying for others. Some are rich, some are poor; who they are and whether or not they deserve the money doesn’t matter. The fact is that it is taken from you to support that which otherwise could not support itself. Time is money, as Marx said, and it’s your time they are stealing. Like stabbing you in the chest at age 50, taking forty years off your life. Or jailing you from age 17-27. That’s the kind of loss you have, spending all your time working to support parasites.

Conservatism is taboo because it seeks to un-do the parasitism. You are slaving away for the pretense of others. They are radical individualists who believe they should not be accountable to the collaborative need to create civilization and work within reality. Thus they launch off on ivory tower pursuits, neurotic lives, self-indulgent lifestyles and invent “moral reasons” why you should pay for them and their bloated governments, their fat inefficient corporations and their media products.

When these people form groups, they take over societies. These groups aren’t majorities, but they are fanatically active because such people have nothing else. With their ideology, they’re big cheeses and important people who can vote for the creation of new roles for them to have lucrative jobs on your dime. Without their ideology, they’re just lumpy mundane neurotics sweating away in anonymous apartments.

In fact, their whole game is to avoid being top dog at all. It’s to make being top dog illegal. They hate anyone on top, unless that person got there through the system they’ve designed. They like rules, lots of rules. They like competition, which is basically a game to see who can stay in the office longest. They like making you jump through hoops, cutting your balls off with speech codes and PC taboos, and otherwise humiliating you so that you recognize their power and importance.

The taboo in this all is radical individualism, which in groups is expressed as “equality.” To these people, equality means that they can be crazy and you can be sane, but it’s still your job to pay for them, because they’re equal. Make sense? If you give it anything more than surface thought, it’s obviously crazy. It’s like mosquitoes demanding that every night you strip down and stand on your porch with the light on so they can get some blood because, hey, you have some and they’re like, starving, man…

Neoreaction, the Dark Enlightenment, the Red Pill and other such “new name, old ideas” philosophies are designed to help you see this. They dance around the real issue though. They flatter you and tell you that you should be a king, while endorsing the philosophy that keeps you a slave. Keep going to that boring job, chatting up those women who are far beneath you, and wasting your time in activities that are basically a receptacle tip for the masturbatory wasting of your vitality, youth and abilities. Oh, and buy their stuff.

At the root of all of this is a sickening pretense developed during the EnlightenmentTM. That pretense is that each and every one of us is important for just existing. Realism is the opposite principle: nothing is important “just because.” We make ourselves important by doing good things, and make ourselves irrelevant by chickening out and failing to rise to that challenge. But the irrelevant will always want your money, your time and your humiliation to salve their own rotten souls.