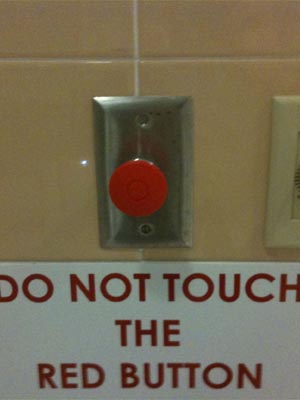 There are two types of freedom: freedom from something, and freedom to do something.

If you believe that your fate is conditioned by a vicious and self-serving government, you may want freedom from it. But if you have instead a constructive goal, you want the freedom to do that goal.

The first case is easier because it involves a clear enemy. The second is harder, because it does not state the reason why you would not be able to accomplish what you want. It is a matter of social approval as a whole, and not some part of society that is denying you what you seek.

MRAs talk quite a bit about false rape accusations. They do not like to talk about the relationship between casual sex and rape allegations. When men and women hook up at random, regret happens frequently. From regret come the accusations of false rape, which are unprovable as they are provable.

Statistics show that as many as 78 percent of women will engage in a hook-up at some point during their college tenure, 14 percent of whom will rely on a friend to tell them what happened the next day, 49 percent of whom will never see the partner again, and 16 percent of whom felt pressured into the sexual encounter. In a given year, roughly 97,000 cases of college campus sexual assault or date rape related to binge drinking are reported. Another 100,000 college students annually report being too drunk to know if they consented to having sex. – The Washington Post, No sex on campus?

With all that regret, bad behavior is inevitably going to follow.

Let’s look at an alternative. Traditional culture provided a ritualized courting period, after which a man married his future wife, and they generally lived together in innocence and mutual support. Many marriages were arranged, which is a polite way of saying that if your young people are confused, you go to the wisest village elders and pick some candidates for a match. Unsurprisingly, arranged marriages often last where “romantic” for-love/sex modern marriages do not. There was no illusion about sex being love, or marriage being a hedonistic pleasure. Marriage was like a battle-bond, by which a man and woman forged a family. In traditional culture, the only rapes that happened were assaults by strangers or men the women would normally not be speaking to. In our culture, the only difference between consent and rape is the degree of persuasion employed.

When it comes down to “he-said/she-said,” there is no intelligent way to proceed, but the problem is that you’re damned either way. If you take her side, you may well be sending an innocent man to ruin. If you take his side, you may be excusing a heinous crime of personal violation. We can’t gamble with either of those outcomes.

Tradition had a better plan. Why do MRAs fear it?

MRAs are afraid of Tradition because feminists are afraid of Tradition. Tradition is patriarchy and honor. With honor comes the possibility of shame and dishonor. If no one cares and there are no consequences, dishonor â€” allowing yourself to be seen as weak, fearful and inept â€” is the easiest thing in the world. Honor requires an honor group, a group of men who will hold other men accountable, and MRAs are just as dedicated to breaking up male honor cultures as feminists are. – Jack Donovan, “Like Slipping Into a Warm Bath”

MRAs have (so far) based their game plan on creating a mirror-image of feminism and hoping to defeat it by being “more equal” than those who demand equality. The problem is that equality is never a goal in itself; you reach equality by penalizing those above the median, since you can’t force the incompetent below that median to suddenly, magically become more competent. Equality exists through penalties on the more equal.

In practical terms, this means feminism will always win out over MRA because feminism supports a group that is seen as inherently biological weaker. They will always be pitied, and men not. Men asking for pity alienates strong men and attracts weaker men. It’s a vicious cycle of failure that explains why MRM has gotten zero political traction.

Reversing feminism by imitating it offers an unlikely solution. What makes more sense is to figure out the origin of feminism, and reverse that. In the case of our modern society, that origin is a withdrawal from shared values and a leap into the world of subjective, individualistic and social forces. That is the source of the disease.

If we’re truly tired of that, we’ll seek to incorporate tradition in our plans as a solution and not a symptomatic treatment. At that point, we will be clear in our minds that we want a cure, not just a more comfortable disease.

Men Without Chests | Return to beauty