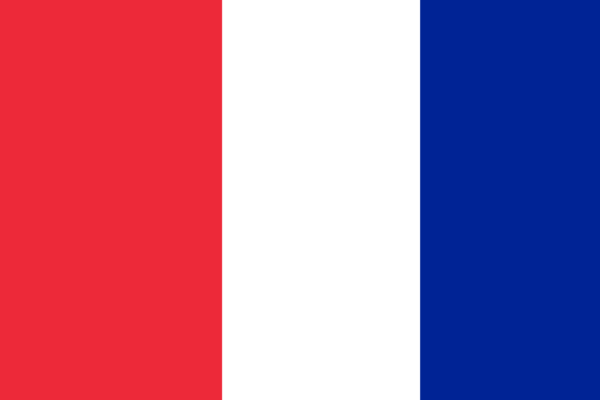 And so it seems that Marine Le Pen did not win in France:

Initial estimates showed Macron winning between 65.5 percent and 66.1 percent of ballots ahead of Le Pen on between 33.9 percent and 34.5 percent.

Unknown three years ago, Macron is now poised to become one of Europe’s most powerful leaders, bringing with him a hugely ambitious agenda of political and economic reform for France and the European Union.

The result will resonate worldwide and particularly in Brussels and Berlin where leaders will breathe a sigh of relief that Le Pen’s anti-EU, anti-globalisation programme has been defeated.

We are getting closer to the truth of modernity: the voters always choose wrong, except when panicked, because voters make their choices based on mouths and stomachs, not brains and eyes.

If someone promises more to the individual voters, regardless of long-term consequences, the voters go into the gambler’s mania or the psychosis of the lottery player: they role those dice and hope for the best. In six months they will have forgotten anyway.

This tells us that we cannot hope for much from democracy. Either the voters will choose the “safe” candidate who promises them the status quo plus some free stuff, or the candidate will become enmired in the bureaucracy of the Establishment, and their pre-election promises will become inverted, or come to mean the exact opposite of what was originally promised.

In the case of France, the voters were bedazzled by Macron’s campaign of “political and economic reform” and underwhelmed by Le Pen’s promise of long-term greatness. The question for the voter is who pays for rent this month, and who makes his paycheck fatter by the end of the year.

That the money will be worth significantly less because of bad decisions escapes these voters.

Fortunately, this election allows us to put to an end the illusion of a few elites versus the wisdom of crowds. The crowd is dumb because its members are focused on themselves in the near term.

For the Right to attract voters, it will have to get radical. Do not promise income tax cuts; promise abolishing all but a single tax to pay for the military. Do not promise new healthcare, promise cheaper healthcare because government will pay for none of it and will not make laws and regulations in favor of the insurance industry.

The Right abhors lies, and it is right to do so, but democracy is won by lies. A middle path is to promise the achievable, which is to dismantle government except for the bare minimum, resulting in more money to each voter. “Wouldn’t you like to pay ten percent in taxes?” is a winning platform. Greatness, the future, wisdom, etc., do not win over masses. Democracy was designed to take advantage of that.

Of course, the voters are so clever — but not intelligent — that they outsmarted themselves. They voted for the safe candidate, which the voters think means to keep things roughly as they are with a few more giveaways. What it actually means is an even more deeply entrenched power structure.

So far, in Europe, the Angela Merkel contingent are winning because they know they can count on the voters to be more scared of change than they are of the risk of a still relatively rare incident. By rejecting Le Pen, voters in France like those in Germany have chosen death. Instead of taking a chance on fixing the problem, they have sold themselves out for a handful of social welfare benefits.

It is probable that voters would still vote this way even if an Islamic terror brigade nuked Paris. After all, most of them do not live in Paris, and with all those Parisians dead, there is more social welfare for the rest of them.

The Right failed because its campaign was focused too much on abstractions and on the threat of Islamic terror, which does not afflict everyone. Only some people have the wit to worry about the future, but the rest see the world entirely in the time between now and then next paycheck. If Islam invades, but salaries are paid, they will be complacent and cheerful, and will kiss their doomed children goodnight with the same carelessness that they go through the motions at their make-work jobs.

Democracy will never offer a way out. It is the system that occurs when people have given up on leadership entirely, and instead want to sacrifice the nation in order to have slightly better lifestyle for themselves. If costs go up, but salaries go up, they do not care; they will simply work slower at their jobs, cheat on their taxes, and find clever ways of acquiring the goods they need on the side market.

With each election like this, the system grows stronger. We The People will not oppose it. They support it. Only when they are literally headed toward economic obliteration, as in the USA before Trump, do the voters wake up briefly and then, they fail to be radical enough.

For our people to survive, we must escape democracy entirely. The People are incompetent. The leaders they choose are correspondingly sociopathic in order to scam the herd, which by being memoryless and blithely oblivious, invites such fleecing. Our only survival consists in escaping this system entirely.