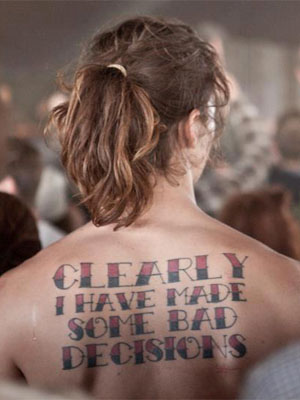 Several years ago, a small group of writers began warning the Men’s Rights Movement (MRM) that it was trapped in paradox. In its effort to find a way to beat feminism, it had become feminism, and as a result, its efforts would collide with one another.

At that time, the MRM was divided into several groups: the leftist Men’s Rights Activists (MRAs) who essentially wanted equality for men, the rightist MRAs who wanted complementary gender roles for men and women, the Game/Pickup Artist (PUA) community, the Men-Going-Their-Own-Way (MGTOW) community, and various splinter groups, some demanding truly radical solutions.

The observation that the MRM had no direction because its members could not agree on some direction in common was greeted with denials. How could this be so, they said, since the goal was in the title of the movement, Men’s Rights? But this ended up being self-serving for those who were essentially repeating feminist dogma: make us all gender-equal, and everything will be just fine.

An underlying problem here is that people repeat what they are told. They often do not realize this, because they have come to believe what they were being told was universally accepted, and thus was an assumption upon which we proceeded and not a conclusion in itself. This is how you brainwash a society. Convince them that “everybody knows” that something is true, and none will dare deny it.

This is designed to obscure what people have known for time immemorial, which is that the interaction between the genders is more complex than a simplistic concept like “equality”:

Masculinity and femininity are complementary opposites. That which is not masculine is feminine, and vice versa, such that a completed whole emerges only through the two parts.

When you think about it this way, the masculine and feminine roles are different approaches that balance each other and by doing so, enhance each otherâ€™s understanding of the other. Additional complementary opposites: hot/cold, dark/light, smart/dumb, fast/slow, wet/dry.

Complementary opposites are a product of a relative universe. To know what is hot, you must know what is cold, because without the other to define it in contrast, neither term means anything. If you lived in a climate where the temperature was 80 F year-round, you probably would not think of hot and cold as terms to describe a day.

This was what the best authors in the MRM offered up years ago. Most people, brainwashed into the social-symbolic consensual reality of modern media and status-climbing oversocialization, couldn’t accept this. It was simply too far from what their TV, politicians, friends, advertising, books, magazines, movies, pop stars, academics and comedians are all parroting, which are uncountable variations on the party line.

Naturally, ignoring a problem only makes it stronger. It owns you because you ignore it, and because instead of acting on what you need to act on, you’re chasing illusions or hiding from the ignored problem. It is not surprising that as a result, the “man-o-sphere” (which is not actually a ben-wa ball but sounds like it) has imploded.

And then there are the PUAs and Gamers, about whom this will be the last time I write, or that will ever again appear in an article on this site. They are comprised mostly of men who bear the deepest afflictions of a fatherless culture. Abandoned to feminist governance by their male elders and bereft of masculine guidance, they have been dropped into the solipsistic void that was the only existence feminism ever could have offered them outside direct servitude. Stripped of values and consciousness and the ability to be circumspect, they have turned feral; so unable to form community or embrace brotherhood that they have shrugged off the desire for either.

They never had a chance. They are the walking wounded; the children left behind from a sexual war in which their fathers refused to fight. I have been personally wrong to have engaged in conflict with them when I could have, should have, been working harder to provide them an alternative.

The very expression, man-o-sphere, implicitly paints an image of connectivity; of shared purpose and identity. Aside from distaste for feminism, which anyone capable of critical thought will share, there is no real or abiding connection; no universality or even commonality, and that lacking manifests in how we tear ourselves, and each other, down, and always have.

The point he makes is a good one: men are being destroyed in this country.

They are being destroyed by legislation, by the unstable social climate, by the ruin of the family and by a culture that is increasingly hostile not only to the needs of men and boys, but to what they offer.

It would prefer women that it can mould into obedient citizens, and make them feel proud of themselves for having cash incomes. (It’s not prostitution if you do it behind a desk, and only occasionally use your genitals in that pursuit.)

While the man-o-sphere was playing around trying to invent feminism for men, the real story that went untold — a story that the MRM should have had front and center, for its vast importance — was the ongoing and increasing marginalization of men:

The new service-based economy rewards communication and adaptation, qualities that women are more likely to have. Only about 3% of men have taken over raising children full-time while their wives support their families. Instead, many men, especially young ones, have retreated into a world of video games, drinking and prolonged adolescenceâ€”a phenomenon identified in â€œGuylandâ€, a 2008 book by an American sociologist, Michael Kimmel.

But what happens to men has great consequences for women, and vice versa. Many poorer women who are not well educated are forgoing marriage, believing that a man is simply a drag and an additional mouth to feed, Ms Rosin argues. Educated, wealthier women, on the other hand, are experiencing more fulfilling relationships in which they share responsibilities with partners as each takes up slack at different times. She calls these â€œseesaw marriagesâ€. One result of womenâ€™s rise is that men have more retirement income, better health and happier marriages.

What any functional men’s movement — and let’s not kid ourselves, “men’s rights” is dead because it’s too confused to find its own hindquarters at twilight — needs to do is first find a definition of masculinity. It then needs to defend that definition and nurture it.

If you demand “rights” and “equality,” you’re imitating the feminists, who wanted a “Robin Hood” style program of taking from the stronger sex (men) and giving to the weaker sex (women). Feminism for men ends up being feminism. You agree with them that you want equality and then, because men are perceived as stronger, that becomes more subsidies for women.

The root of the man-o-sphere’s problem in finding a direction was the paradox of its outlook. To have a movement for men, you need to go against the biggest social trend in history. This trend has dominated the past 200 years. It is the notion that every person is equal, which means entitled to exactly the same things and interchangeable roles. This means women must act like men and vice-versa.

Bucking this trend scared the MRAs so much they backed down fast and got neurotic quickly. They wanted to act for men, but not in a way that might offend someone. Since the status quo came about by trying not to offend anyone, it was clear that the MRM was a circular firing squad which would return its members to the same condition it complained about.

Because the man-o-sphere could not stop infighting and agree on a definition of men’s needs, it quickly became irrelevant. Chattering nobodies like nothing better than the neurotic situation caused by a void of leadership. The ranks of the MRAs quickly filled with do-nothings, boys, angry divorcees looking to vent and nothing more, and so on. It all fell apart.

This is good, because now we can build a movement based on sound principles: Men and women are different. They have different needs. Society will subsidize women at the expense of men, like they attack any stronger group, in the name of “equality.” We need complementary roles so that men have a special and unique place in this society, and so that it can appreciate them again.