Conservatives and liberals desire different and incompatible types of civilization 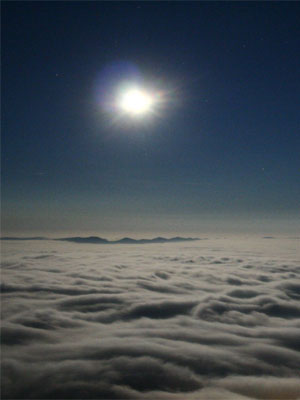 As part of our series into why people choose to be conservative, as opposed to joining the vast wave of popular sentiment that follows liberalism, and to explain this upcoming election, it is important to look into the goals of conservatism and liberalism in contrast.

This sense of goals is not “issues” or even “platforms,” it’s a sense of ultimate goals. If given the reins freely, like the tools of a sculptor and a block of unformed clay, what type of society would they create?

To employ the overused automotive metaphor, it’s one thing to want a 450 engine in a station wagon, and quite another to design one that drives well and doesn’t explode on the test track.

Knowing more than dislikes and likes requires us to construct a whole vision of what civilization should be. This in turn reflects our personalities and moral character. What delights us? What do we sense would be the most fun, the most joy and beauty? As you may imagine, this varies widely between conservatives and liberals.

Liberals (leftists, anarchists, Communists, Democrats, Socialists, Libertarians) want a society dedicated to the individual. The primary means of achieving this is individual equality, which requires “freedom” so that no judgments are made on the individual, and that in turn requires a pacifistic, permissive, pluralistic and relativistic society.

To that end they want this society to celebrate the individual as unique, an exception to the rule, ironic, different, special, exciting, novel and a constant center of attention. Theirs is a society where people get their fifteen minutes of fame in rapid succession, and where socialization is more important than anything else. If it is accepted by all individuals, then it threatens no individual, and thus is good.

A liberal society strives for progress toward a Utopian state of universal tolerance (and thus, total equality). Everything else is secondary. It lives in the moment, for the sensation of life itself, as an expression of freedom. It perpetually widens this freedom to new groups and to all who are exceptions to the rule, which is everyone. Each person is equally important.

Conservatives (rightists, Republicans, traditionalists, paleoconservatives) tend to view the liberal worldview as a side-stepping of the question. For a conservative, the question is what is best, and the guide is what has worked in the past. This is not substantially different from the scientific method.

To a conservative, what matters is that a process is in place so that all are treated fairly, especially the society as a whole. For this reason, it does not endorse individualism, but balances the needs of the individual to those of the whole. To keep the whole from being tyrannical, conservatives pair the whole not with the collective but with certain timeless ideals that bring about what is best.

A conservative therefore does not desire individual equality, but recognition for what is actually exceptional, which is behavior/results above the average or pushing in some desirable direction. Conservatives do not view all individuals as exceptional, and are distrustful of human nature, except that which through study of reality and self-discipline rises above its animal instincts and disorderly impulses.

As a result, conservatives desire an entirely different type of society than liberals do, and vice-versa. The liberal wants universal tolerance and a collage of different activities; the conservative wants similar activities so that those who do well can rise and society can maintain a social order that is conducive to function, not projection of the individual as an object of fascination.

For this reason, it is fair to say that conservatism and liberalism are not political positions. They are desires for different types of civilizations. Conservatives want something more like Sparta, and liberals want something more like Babylon. There is no middle ground, at least none that lasts, because the two directions are incompatible and only meet through self-negation.

When you approach the 2012 election, ignore the issues — those are generally grandstanding for the short-attention span types — and think instead about what type of civilization you would like. Support the party that pushes you closer to that ideal. If they get elected, view them as you would a paid service-person and put the pressure on them to finally do the job right.

This will help separate the two societies. Liberal society is newer, and needs to stand on its own. It is based on a vision that is primarily emotional and social, and is designed to make the individual feel better about life through constant attention and social approval. The type of person who wants this will not be happy in a conservative civilization.

On the other hand, for conservatives society is not a canvas upon which to paint. It is a foundation upon which the individual stands, making moral decisions that define him or herself as who they ultimately are. To people who want this kind of civilization, drama is anathema and the struggle within is essential. They find a liberal civilization to be distracting and unstable.

Instead, they value stillness and silence. Stillness, to eliminate the unrealistic and pointless. Silence, to contemplate oneself and to encounter what we might call the soul. The quest for the conservative is not in making the outside world approve of the individual, but in disciplining the individual to the outside world, such that both may be great.