Faceberg Is A Con. The Hearings on Facebook Will Be No Different. 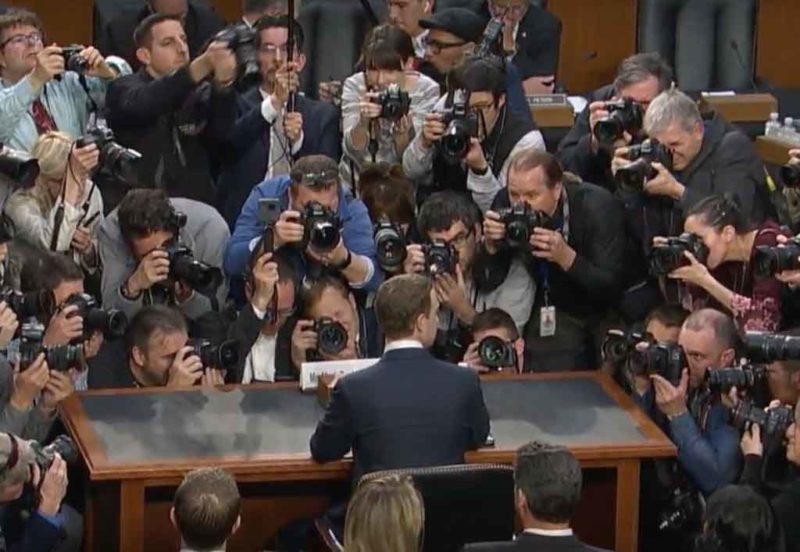 Everything you need to know about Faceberg can be read on CNN. They’ve committed some pretty serious journalism just to confuse people about their corporate purpose. About that massive Black Lives Matter page on Zuckerface…

For at least a year, the biggest page on Facebook purporting to be part of the Black Lives Matter movement was a scam with ties to a middle-aged white man in Australia, a review of the page and associated accounts and websites conducted by CNN shows. The page, titled simply “Black Lives Matter,” had almost 700,000 followers on Facebook, more than twice as many as the official Black Lives Matter page. It was tied to online fundraisers that brought in at least $100,000 that supposedly went to Black Lives Matter causes in the U.S. At least some of the money, however, was transferred to Australian bank accounts, CNN has learned.

So Facebook, (((Zuckerberg’s))) engine of White Supremacy that keeps our Black Brothers down, comes under withering fire by our dedicated and caring members of Congress. Well, ok, I’ll stop joking around. There will be a hearing this week or somesuch bloviation about how Facebook steals data and violates privacy. However, it will be somewhat unique in the annals of congressional grillings.

1) Zuckerberg will never be under oath. He’s supposedly compelled by statute to tell the truth.

Twenty-eight members listed stock in the social media giant, according to Roll Callâ€™s Wealth of Congress project. Among them, Democratic Reps. Kurt Schrader of Oregon and Joseph P. Kennedy III of Massachusetts sit on the House Energy and Commerce Committee, while Democratic Sen. Sheldon Whitehouse of Rhode Island sits on Senate Judiciary.

3) And furthermore, the people set give Zuckerberg the business are in business because he helps buy them their seats in Congress.

Members of the committee, whose jurisdiction gives it regulatory power over Internet companies, received nearly $381,000 in contributions tied to Facebook since 2007, according to the Center for Responsive Politics. The center is a non-partisan, non-profit group that compiles and analyzes disclosures made to the Federal Election Commission. The second-highest total, $369,000, went to members of the Senate Commerce, Science and Transportation Committee, which announced later that it would have a joint hearing with the Senate Judiciary Committee to question Zuckerberg on Tuesday. Judiciary Committee members have received $235,000 in Facebook contributions.

Thus, it comes as no greater shocker that Zuckerberg has already been bull-shieting Congress to a fare-thee-well on the very topics that will be rigorously covered during the hearings. He’s known your Faceberg account could be jacked for five years and claims he only found out about it two weeks ago. Ignorance of the law is no excuse, buying the actual lawmakers works one hell of a lot better. Smart guy, that Zuckersperg. Smart, smart guy.

So now Facebook is blamed for Hillary Clinton not being President. His data mining operation that bent over backwards to help Barack obama win in 2012, got exploited by a firm who did a modicum of work for Trump in 2016. We should !IMPEACH! President Zuckerface. But they won’t.

A spokesmouth claims it won’t be an easy ride. They won’t throw softballs. That isn’t allowed in your typical 5 Year Old Little League T-Ball Game.

A spokesman for Democrats on the House committee, C.J. Young, said he could not discuss campaign contributions. “But the premise that Facebook is getting softballs from the committee isnâ€™t grounded in the facts,” Young said, citing Walden’s and Pallone’s insistence that Zuckerberg appear at a public hearing to address user privacy.

At that point, Facebook will become a public utility. It will be regulated by politicians who are all but paid Facebook employees. It will be bankrolled out of the US Treasury. This is what will happen to all bad social media enterprises who should be allowed to die a condign and righteous death.