Why Trump Won The Trade War With China 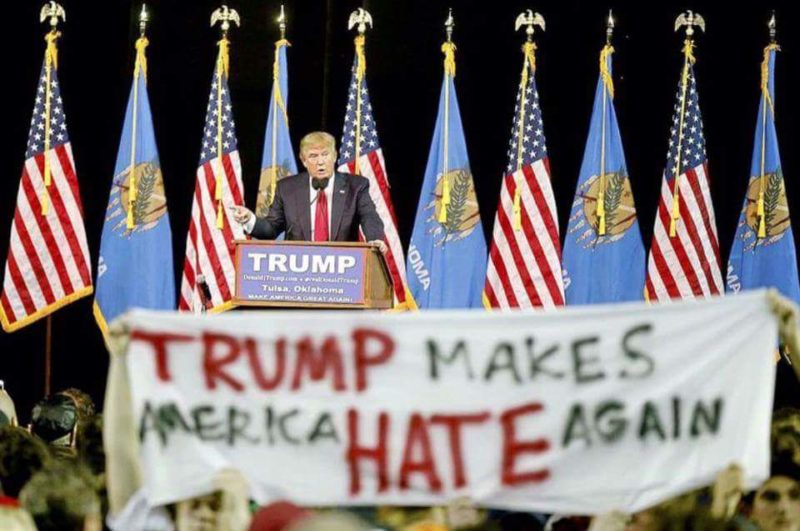 The Leftist media warned us repeatedly about the dangers of a trade war with China until enough of their neurotic audience panicked, causing a new topic of conversation. With Trump threatening Putin over Syria, the Mueller investigation stalled, and Stormy Daniels backtracking on her accusations, Leftists needed a new talking point.

Unfortunately, as usually happens, facts do not fit the Leftist narrative. Trump has already won this trade war because Trump achieved his main objective, which was China dropping its tariffs on American cars:

Xiâ€™s vow to cut Chinese auto tariffs, allow more competition in banking and better protect intellectual property calmed investors who have been on edge since the worldâ€™s two biggest economies last week announced plans to slap tariffs on $50 billion worth of each otherâ€™s products.

Stock markets rallied worldwide on optimism for relief from what has become the most high-stakes trade confrontation since World War II.

During his campaign, Trump mentioned his concern over Chinese tariffs on American cars and other heavy equipment. Essentially, the Chinese placed tariffs on value-added products like cars while keeping them low on raw materials and simpler products, since those are cheaper domestically and so there was no need for tariffs.

More hype dies in a blaze of the ignominy of having been neurosis and not reality. This was no surprise to those familiar with the situation, who realized that globalization is not really essential, and that a trade war with China would have minimal impact:

Moodyâ€™s Analytics estimates that if the United States were to impose proposed tariffs on China and Mexico and those two countries retaliated in kind, that and other factors would shrink U.S. exports by $85 billion in 2019. Thatâ€™s only about 4% of total U.S. exports in 2015. Of course, a wider trade war would have a more significant effect, but it is very unlikely that the consequences would be as dire as in the 1930s.

It turns out that globalization is a paper tiger; we do not rely on it as much as we thought, and its disappearance will be of less importance than most think.

Exaggerated perceptions about the depth of globalizationâ€”that is, how much activity is international versus domesticâ€”come at a cost. In surveys Iâ€™ve conducted, respondents who overestimated the intensity of globalization were more likely to believe erroneous statements about international business strategy and public policy. When businesspeople think the world is more globalized than it really is, they tend to underestimate the need to understand and respond to differences across countries when operating abroad. In the public policy sphere, leaders tend to underestimate the potential gains from additional globalization and to overestimate its harmful consequences for society.

Surveys suggest that people also underestimate the breadth of globalizationâ€”that is, the extent to which international activity is distributed globally rather than narrowly focused. In a 2007 survey of Harvard Business Review readers, 62% of respondents agreed with the quote from Thomas Friedmanâ€™s best-selling book The World Is Flat that companies now operate on â€œa global, Web-enabled playing field that allows forâ€¦collaboration on research and work in real time, without regard to geography, distance or, in the near future, even language.â€ However, data shows that actual international activity continues to be dampened strongly by all those factors.

In other words, most people are still interacting locally or with long-time trading partners instead of the flat world global market of which neoconservatives and “workers of the world unite” Leftists joined hands to sing praises. This refutes another Leftist talking point, which is that economic nationalism will doom us.

As time goes on, it becomes clear that the Left uses begging-the-question fallacies and bullying to extort allegiance from us when they are, in fact, crazy, and none of their plans work out as intended. Perhaps the real global collapse is in anything resembling faith in Leftism and its handmaidens, liberal democracy and diversity.

Civic Nationalism Dies In A Blaze Of Nonsense | Faceberg Is A Con. The Hearings on Facebook Will Be No Different.