No-Platforming Proves To Be A Fallacy As Usual 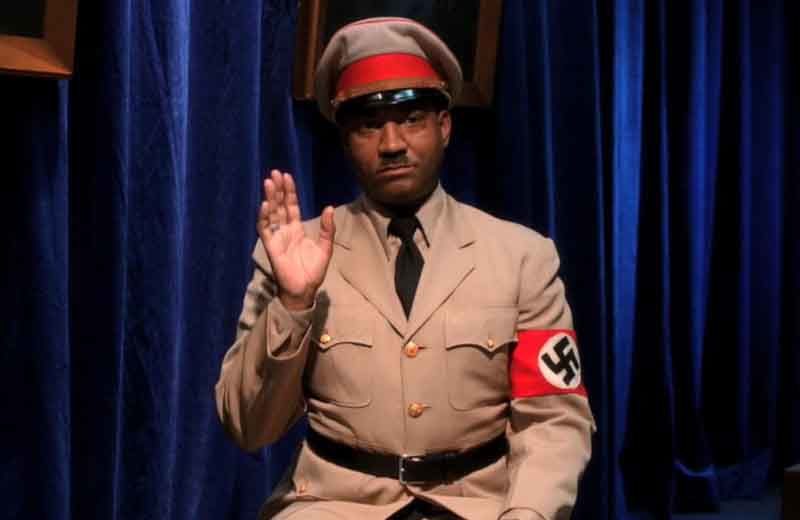 Leftists will read 1984 and Fahrenheit 451 and come away with the mistaken notion that they are teachable parables about the horror of censorship. Yet when in real life, they are confronted by it, they tend to endorse it simply because it removes from view things that contradict their own fragile worldviews.

They justify their censorship by ensuring that it is not a state action, but merely social pressure on businesses as they freely admit in advocacy of “no-platforming” sensitive literature despite being in favor of free expression:

While we abhor these books Hope Not Hate is not saying that people do not have the right to write and publish books we disagree with. We are arguing that major mainstream book sellers such as Waterstones, Foyles, Amazon or WHSmith should not profit from extreme hate content such as this.

We have all seen this slippery slope. If you can get the big booksellers to stop selling them, why would a little guy sell them, unless he really wants to invite controversy and possibly violence into his tiny store? He lacks the money and lawyers to fight it off like a big firm might.

Today, they want the big booksellers to stop selling anything that contradicts the Leftist worldview; tomorrow, they will want no one to sell it. In the meantime, the scope of what they consider “offensive” will increase because their ultimate goal is to win votes, and one way to do that is to suppress any ideological alternatives.

Through this, we see that “no-platforming” is a complete fallacy. It is not about profits; it is about preventing access to information. That misses the fundamental ideal of civilization, which is to find answers to the question of our adaptation to our environment and the existential demands of being human.

For us to attempt that thorny path, we require the free exchange of information. When I moderated internet forums, I tended to use the standard of “reasonable expressions of relevant opinions,” meaning that the opinion needed to be expressed in a reasonable manner (e.g. not racial slurs) and be on-topic and contributing to discussion, not spam or other repetitive, generalized information which distracted from the specifics of topic or discussion.

That contrasts the idea that the Left has which is purely content-based: if something contradicts the narrative, it must be shoved into a category of “bad” things and then banned. They do not care if it is on-topic or expressed in a reasonable manner, only that it is not hammering out their view.

As has been said in the past, Right-wing leaders tend to suppress attacks against them; Left-wing groups suppress any views which simply fail to conform with the ideology of the Left. An opinion either expresses the idea that everyone is equal or it is bad, and as Leftists gain power, this window expands to include much innocuous speech and writing.

Currently, the West is struggling with the debate over what is socially-acceptable expression. Amazingly, between the two sides — free speech and censorship — very few have focused on a middle path which is “qualified speech,” or as said above that which is on-topic and in the right form to contribute to discussion.

If we cannot support qualified speech, we as a society have lost any pretense of being anything but captives of a tyrannical regime that, whether it is enforced by government, private industry, or even just mobs of angry people with nothing better to do, will self-destruct from its inability to have constructive internal dialogue.

Faceberg Is A Con. The Hearings on Facebook Will Be No Different. | Leftism Is Simply Denial Of Darwin