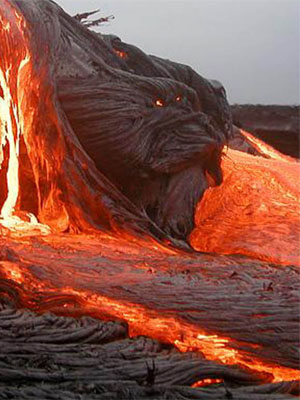 Although he is often uncredited, Fred Nietzsche kicked off the postmodern era by observing that humans confuse reality with the thought-objects they use to represent reality.

With this he made a good point. Even if we assume that God or the gods are present in our lives, evil is not inherent. It is formed by the judgment of men or gods about an event or intent. There are not good apples and evil apples; apples can be used for an evil end, as we see it. Evil is not a means, but an end. It is a goal and a state of mind, as we describe it.

This has thrown people for a loop because their approach is simplistic. If evil isn’t inherent, they argue, it cannot exist. This point of view has never made any sense. Evil is another word or concept that describes in human terms our judgment of some thing. It does not need to exist as a singular force to be a possibility.

If someone decides to murder an innocent, it doesn’t matter that there is no Satan motivating him to do so; the choice was evil, in that it gave in to a series of weaknesses and depravities that our culture calls evil. If we called them eggbeaters it wouldn’t matter. They would be the same psychological phenomena, which might be simple traps of perception itself like parallax errors or projection.

Yet this continues to confuse people. They deny that inherent meaning would be the enemy of religious feeling. The fact that doing good is an option, and not visible uniformly to everyone, means that the choice to think about, seek out and define good, and then do it, is that much more commendable.

In searching for evil after postmodernism, we should keep in mind another philosopher’s definition. Immanuel Kant also laughed off the idea of a singular source of evil, a Satan manipulating us. He saw evil as what happens when people refuse to make their thought-objects correspond to consequences in reality. He invented the concept of “radical evil,” or the idea that the evils we should fear are not diabolical plans by mad geniuses or demons, but the everyday thoughtless acts that we accept because they are socially accepted, even though the consequences of these acts are vile. In Kant’s view, we accept evil because these consequences are out of sight and thus out of mind.

The more I think on good and evil, the more it becomes clear that nihilism is necessary for religion. If it is inherent, denial is like denying the sky is blue, and must be either insanity or willful hatred. In my experience, denial is more what occurs when people opt not to inconvenience themselves to find out what the right thing is and do it. Evil is not hatred, but laziness, cowardice, obliviousness, callowness, etc. It is not rare, but the default state of all humanity until they make the choice to avoid it.

Similarly with the gods. If God or the gods exist, they are not inherent but must be sought out and then found, meeting them halfway through a process called mythic imagination. Even more, like good itself, they will not be discernible through methods or details, but from an approximation of the whole all at once, like how our eyes appreciate a fine work of art.

In my experience, it is obliviousness toward that whole and toward the reverence necessary for appreciating life itself that is the root of all evil. We must look at the whole as a design, a system or a structure. When the consequences of our actions disturb that order, a burden falls on us to decide whether we care or not. If we care, it is upon us to research the right course of action and take it.

I don’t blame people for avoiding this viewpoint. In the comfortable mental world that most people inhabit, evil is a faraway thing perpetrated by Hitlers and Laveys. In a more realistic view, evil is all the choices that are not deliberate good, and it surrounds us until we force martial motivation upon our souls to dispel it.