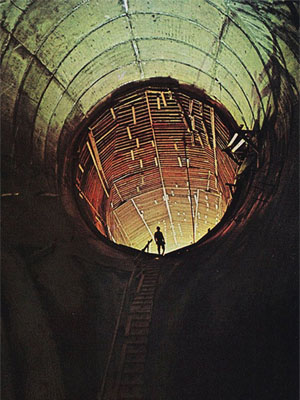 Francis Fukuyama’s famous The End of History and the Last Man hypothesized that history had ended, meaning that human society was in the final stage of its evolution. That stage was something called liberal democracy.

Liberal democratic is democracy plus the application of the democratic principle to social questions. In all democracies, decisions are made by a vote by the population either as a whole or as selected groups. In liberal democracies, the principle of the equality of vote is extended to the population for all of its choices, something that James Kalb calls “equal validity.”

In a liberal democracy, all decisions are the same because all outcomes are guaranteed success by the social unit and the socialistic aspects of the society behind it. If you want to eat only bran and worship the gods of the pit, society will make it illegal to discriminate you — and if you’re dysfunctional, you’ll get a subsidy since you can’t work.

The furthest extremes of this notion are places like Canada and Sweden. They bend over backward to accomodate people’s odd lifestyle choices. Their overriding principle is total equality, between social classes, genders, races, ethnic groups, religions, even ability levels. They often give rewards not to the best person in any category, but to the person who achieved the result closest to the average.

Democracies are religious — no, fanatical, fundamentalist, extremist, delusional — about these ideas, because the one idea that holds liberal democracies together is that everyone is equal. Each person gets one vote equal to that of any other person, no matter if one person is retarded and the other a genius. Each person has the “right” (a concept not existing in nature) to pursue any lifestyle they choose, and have no natural or social consequences come crashing down on their heads.

Why this mania for equality? It is a form of entropy, where any decision is as good as any other. The presumption is that elimination of competition, hierarchy, stress, supremacy and even right answers makes everyone accepted and thus eliminates the strife that tears societies apart. This ignores the fact that most people when creating strife don’t care if it’s rational. They’re acting out a personal vendetta against life itself, or simply being manipulative opportunists, parasites or sociopaths.

Democracy is even more ancient than the Greeks. It probably occurred on the first day humans had to decide in a group what path to take through the forest. I have a feeling it also died that first day when the groups that survived figured out that leadership by committee resulted consistently in stupid decisions, while leadership by exceptional people, despite having greater potential for catastrophic error, usually turned out to be more insightful.

The democratic idea has been infesting the west for millennia but only during the last 220 years or so has it really flowered. Since the French Revolution, our fortunes in the West have taken a decidedly negative turn. Except for technology, everything is going badly. People aren’t reproducing, a sign that they hate their origins and don’t have faith in their lifestyles. Our art and culture are novelty garbage or brain-dead mass culture. Our leaders are liars. No one trusts anyone else, or any institution, and so almost all are treating society like a host that must be parasitized. There’s no future in this way.

Luckily, some are waking up and using their cynicism as a weapon. People are starting to make fun of the failure of multiculturalism, the tick-like consistency of the welfare state, the blatant hunger for illusion of the voters, and so on. It’s clear that the roles have shifted, and now “new” liberalism and the “progressive” invention of liberal democracy are old, failed, calcified and passing into history. Like other superstitions, liberal democracy has failed the reality test, by not achieving its goals and leaving a trail of wreckage in its place, no matter how we tweak it to try to make it work.

As this movement gains momentum, it’s important we don’t do what the forces of destruction among us — laziness, stupidity, cowardice, sociopathy, parasitism — want us to do. They want us to rebel against the current order by demanding a better version of it. In their view, our only problem is that we don’t have enough freedom, enough socialistic welfare, or enough equality. But any step down that path leads to the same debacle that has ensnared us so far.

Liberal democracy was a huge misstep. Even if we choose democracy for our future, we should avoid its social system counterpart. But as we’re seeing 200+ years of disaster fully ripen, we should reconsider every assumption we’ve ever made, and carefully cut out the ones that fail our reality test.

The war is over | Evil