Entryism Will Come From Covert Cucks Who Pose As Extremists 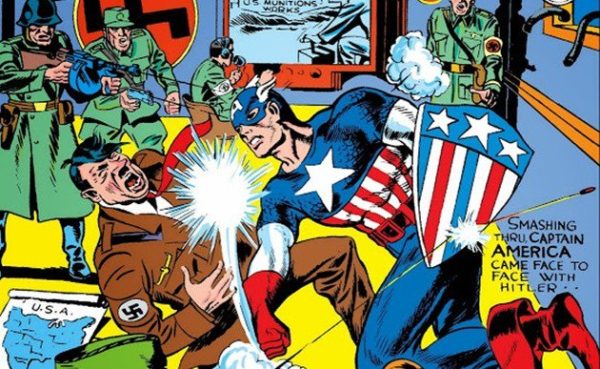 A wise old guy says, “Good enough is the enemy of good.” He is correct, of course, because too frequently we stop short of where we should go to fully eliminate a problem.

This happens for me with weeding. The right way to weed is to get in there, dig out all of the offending beasts, and kill the roots and put down mulch. But it is easier — after sharing some watery Coors Light with a neighbor — to simply pull up the plants that are immediately visible. The good enough solution makes the garden look good, even if two days after a rain they will all be back, and slightly stronger than before.

One of my neighbors is your basic nice guy who has gotten where he did in life by being socially successful. He knows how to draw attention and network with people through it. When he weeds, he brings out the special tools, artisanal leather kneepad, and even has a miner’s lamp that goes around his forehead. But then, he just pulls up the visible plants, drinks a hipster IPA and goes back inside.

The Right is ascendant now, as a tributary of the rising realist tide in the West. If it fails, it will not be because of Leftists, but by its own hand: it will seek the “good enough” instead of the “good.”

What kills Right-wing movements is entryism by those who are willing to settle for the “good enough” because, since it is easier, it is more popular. There is fame and profit to be made in telling people that they can stop doing hard things and settle for something easier, especially if this is restyled as a generous, powerful, altruistic or “enlightened” move.

The crypto-cucks will come from all corners. They will not announce themselves as such; evil always appears innocuous, even beautiful. But they will chip away at the idea of the Right until they come up with lazy versions that essentially give the Left a starting point to rebuild its empire of death. Here is the crypto-cuck in the wild:

What you see here is the mainstream conservative version of the JQ-redpilled underground Alt Right entryist. They talk a good game, and seem like extremists on the surface, but then you realize that their sin is the sin of omission. By being extreme in one area and posing around with it, they ignore the bigger picture and let the rot continue mostly unabated.

That is a compromise the Left will take in an instant.

For example, if we focus on Muslims — or Jews or Negroes — we miss the broader point, which is that diversity itself is bad. It is a non-working policy because every ethnic group acts in its own self-interest. If we remove the Muslims, diversity is strengthened by taking out the immediate problem and making it seem like the enduring problem is not a problem at all, because we got the “bad part.”

Scapegoats always work this way. The problem is defeated symbolically, which means that one part of it is highly visibly destroyed, which shifts power to the rest of it improves its acumen through what it learns from the defeated part.

It seems uncharitable to say, but most (99%) of our fellow citizens can think only through images. They need highly symbolic cartoons for thoughts, such as that there is a bad group that threatens us, and we must remove that group and then everything will be just ducky. Antifa and crypto-cucks operate on this same principle because it appeals to their thinking, or rather, its limitations.

Just like every respectable food can be made into a cheeseburger, any truth can be simplified until it reverses itself. This is the standard method of the entryist: they show up appearing to be stronger and bolder than the rest, then offer easy answers, and as the crowd bends toward them, they change what purpose of the cooperation was in the first place, then abscond with profit as it collapses.

The Alt Right is under assault by two groups of entryists: (1) the 1488 types who want to make the ((( JQ ))) and race into gatekeepers of purity, in the process letting democracy and individualism off the hook, and (2) the “muh Constitution” crypto-cucks who thing that if we just put our existing society into extreme blockhead move, what has repeatedly failed will somehow start working.

Our best bet is to avoid both groups, and focus on the bottom line. The Alt Right is a revolution against social thinking and the idea that whatever most people think would be really neat is our solution. Fundamentally, the Alt Right is realism, and that involves rejecting human illusions, including the easy answers “good enough” propaganda of the cucks.