Entering The Age Of Permanent Holocaust 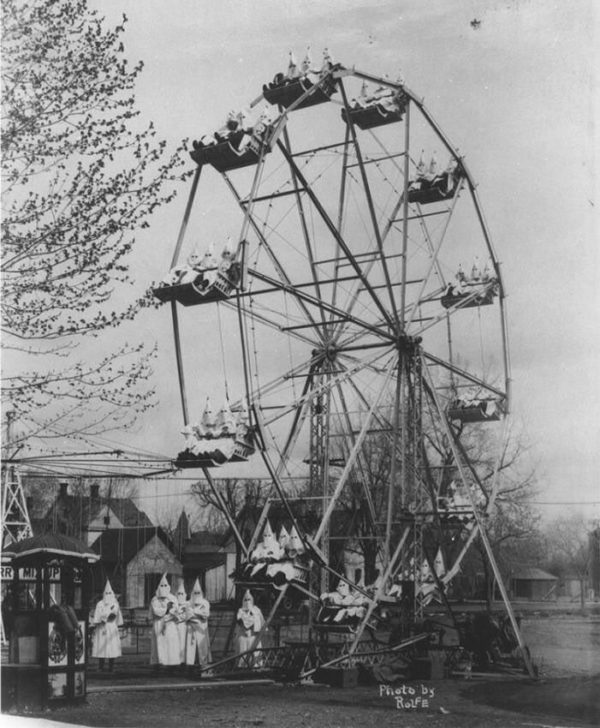 Ynet News writes about the age of permanent holocausts:

While the article argues the point that Israel is disproportionately penalized for its actions compared to those we are afraid to mention, a bigger pattern is occurring here. The rise of democracy has created a worldwide situation of massive instability through its political pattern of favoring the underdog in all conflicts, which creates situations where certain groups cannot defend themselves until their back is against a wall and something horrible must happen.

Consider it this way. Group A is successful and wealthy and, as is usually the case, is surrounded by Group B, who is impoverished, disorganized, filthy, corrupt and unstable. The world follows the democratic model and assumes that Group A are the evil French kings oppressing the poor innocent peasants of Group B, and so denies Group A the ability to act in self interest while encouraging that right for Group B. This leads to a situation where political favoritism puts Group B on top while world opinion keeps Group A from acting. Finally, this pushes Group A to defend itself by the only means remaining, which are warfare and genocide. They want to end the problem which has kept them weak and destroyed them for so long.

We face this situation in the West in both Europe and the United States. The Group A societies are forced to accept world migration by the tacit agreement on democratic ideological principles of their leaders, even while Group A members point out that this will destroy the success of Group A and eventually force conflict. The leaders refuse to notice, because this contradicts the principles that give them power, and so at some point the situation reaches a crisis point and we find ourselves, again, standing over mass graves looking at the women and children we are about to shoot in order to have a final solution.

In the 1920s and 1930s, it was clear that the Jewish people needed a homeland to protect them from political instability in Europe which was a continuation of the chaos of the French Revolution and the Napoleonic quest to control the world that it launched. Democracy is based on control, or treating people like equal interchangeable cogs who allow follow the same rule and agenda, and this means that it seeks to control everything around it. The ensuing backlash was sure to eliminate those with whom disagreements had arisen as symptoms of the rebellion against democracy. Had people been thinking, Israel would have been founded then, following the ideas of Herzl, and we could have avoided a gruesome and horrible holocaust.

Instead, the democratic principle was upheld: people have the “right” to live anywhere they please. And so the seeds of tragedy were sown.

Right now we live in an age that is gleefully preparing fields for the next holocausts. Unchecked immigration into Europe and the USA will displace the native populations and result in forcing them to defend themselves, which — having held back for so long — they will not do halfway. It will be a bloodbath, complete with mass graves and civilian slaughter. The democratic ideologues will blame the “aggressors,” ignoring the fact that democracy itself has been the passive aggressor for centuries, and that it is the cause of this future backlash, not the antidote as it has claimed for so long.

In the same way, we have sewn the seeds of ecological holocaust by denying that our planet is finite and that each additional human above a sane carrying capacity displaces nature. They all need housing, but on a much greater scale, infrastructure. For each person, a field is needed to plant, several fields for livestock, and dozens more for manufacturing, government, education, hospitals, parking, and roads. Even if we go back to subsistence farming in mud huts, this will not reverse because the centralized method is more efficient, so return to individual plots will use even more land and kill more species. Even if we cut out meat, cars, alcohol, cigarettes and anything fun, we will still be using more land than we can while avoiding ecocide, and because of our greater numbers and the inability to cease from reproducing of the vast majority of people, we will push our numbers to the point of world consumption.

The only solution is to dial back the democracy. Freedom empowers those who are most thoughtless while penalizing the thoughtful; rights defend the corrupt against the honorable; voting empowers salesmen over thinkers; civil rights push Group B into Group A until a holocaust is inevitable. Our assumptions are broken, illogical and unrealistic but they are popular because the flatter the human individual with the notion that it can do whatever it wants and everything will turn out fine, as if the world were a shopping mall. Instead we will create ecocidal dystopia and are already well on the path there.

Our only solution is to turn back from the age of holocausts by instead focusing on self-discipline and hierarchy. We need to again promote the good — not just those with good grade point averages — above the rest and make people responsible for their decisions, encouraging self-discipline. We need to enact Darwinism on ourselves and stop our bloated growth. Only then can we avoid self-destruction.

Be Excellent To Each Other | Liberal Democracy Dies, Realism Rises