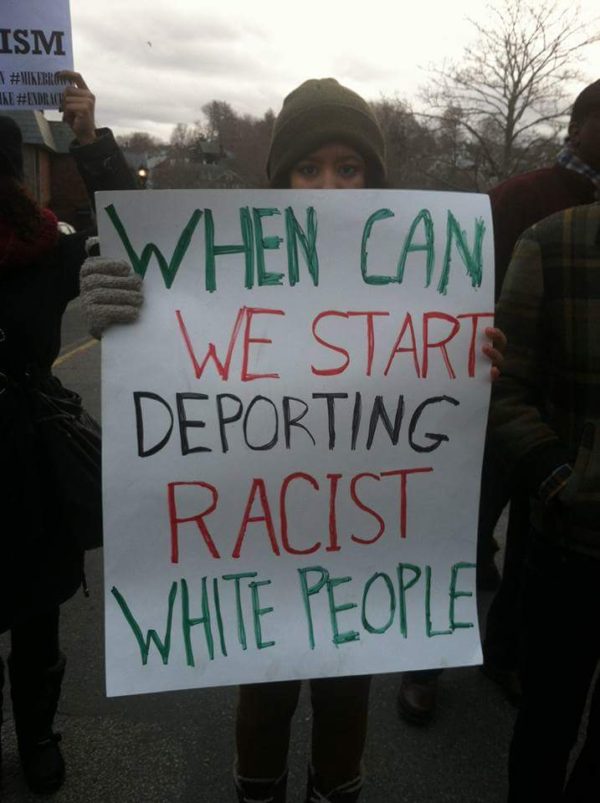 The next thousand years are ours.

For the past thousand years, an idea has steadily been gaining momentum: that popular vote should decide questions of leadership, and that each person possesses “rights” — privileges without duties — on the basis of being human alone.

Some say it began with the Magna Carta, which asserted the rule of law as more powerful than the decisions of monarchs. By humbling the monarchy, it was reasoned, the alliance of lesser aristocrats and commercial interests had made leadership more balanced, humble and therefore safer because it might avoid wars.

The opposite proved true.

After the Mongol Invasions and the black plague, the weakened aristocracy found itself under assault by peasant rebellions. The aristocracy could not solve those problems, the peasants reasoned, so maybe it was not necessary. Anyone could fail at repelling the plague or the orcs of Mordor.

Neurotic intellectuals, desperate for something to emote about because they lived in relatively golden times, seized on this and expanded it with The Enlightenment,™ a declaration of the precious snowflakeness of every human being. The intellectuals assumed that everyone else was like them, and forgot that most of us are just “talking monkeys with car keys.”

Eventually the situation exploded in the French Revolution, which is one of those episodes of historical comedy in which we all agree on the facts but cannot bring ourselves to face the slapstick realization of what they mean.

Franceâ€™s costly involvement in the American Revolution and extravagant spending by King Louis XVI (1754-1793) and his predecessor had left the country on the brink of bankruptcy. Not only were the royal coffers depleted, but two decades of poor cereal harvests, drought, cattle disease and skyrocketing bread prices had kindled unrest among peasants and the urban poor.

The country had a spending problem, but its actual problem was the poor harvests. With these, people could not eat, and the remaining grain was sold at higher prices. The only reason that this was a problem in the first place was the rise in population, which had exploded in France:

The feudal regime had been weakened step-by-step and had already disappeared in parts of Europe. The increasingly numerous and prosperous elite of wealthy commonersâ€”merchants, manufacturers, and professionals, often called the bourgeoisieâ€”aspired to political power in those countries where it did not already possess it. The peasants, many of whom owned land, had attained an improved standard of living and education and wanted to get rid of the last vestiges of feudalism so as to acquire the full rights of landowners and to be free to increase their holdings. Furthermore, from about 1730, higher standards of living had reduced the mortality rate among adults considerably. This, together with other factors, had led to an increase in the population of Europe unprecedented for several centuries: it doubled between 1715 and 1800. For France, which with 26 million inhabitants in 1789 was the most populated country of Europe, the problem was most acute.

As we can see above, the problem was not the aristocracy, but the weakening of the power structure from beneath them, leaving them powerless to do things like limit population or increase production. The pre-Revolution caused the social problems that would provoke the Revolution itself, also setting a precedent for patterns of liberal takeover in the future.

This means that the foundations of liberal democracy were fraudulent from the start. People playing victims created a disaster and then used that as a pretext — still playing victims — to overthrow the existing order. And what sort of wonderful Utopia did they create?

Following the kingâ€™s execution, war with various European powers and intense divisions within the National Convention ushered the French Revolution into its most violent and turbulent phase. In June 1793, the Jacobins seized control of the National Convention from the more moderate Girondins and instituted a series of radical measures, including the establishment of a new calendar and the eradication of Christianity. They also unleashed the bloody Reign of Terror (â€œla Terreurâ€), a 10-month period in which suspected enemies of the revolution were guillotined by the thousands. Many of the killings were carried out under orders from Robespierre, who dominated the draconian Committee of Public Safety until his own execution on July 28, 1794.

Here we see another Leftist pattern. Having achieved power, they begin by executing their enemies, destroying culture and the church, and finally create a power struggle in which they kill each other. It is like thieves fighting over what they have stolen, with only the biggest and cruelest thief surviving.

Eventually, the French got that thief, in the form of Napoleon Bonaparte, who waged war across Europe that created the destabilizing conditions that, a century later, erupted in the World Wars:

Royalists and Jacobins protested the new regime but were swiftly silenced by the army, now led by a young and successful general named Napoleon Bonaparte (1769-1821).

The Directoryâ€™s four years in power were riddled with financial crises, popular discontent, inefficiency and, above all, political corruption. By the late 1790s, the directors relied almost entirely on the military to maintain their authority and had ceded much of their power to the generals in the field.

In this way, we can see that democratic revolt and Communist revolt follow the same pattern because both are Leftist. They seize power under dubious pretexts, execute the dissidents and then create a military regime which launches ideologically-motivated wars, eventually bankrupting itself and devastating the population.

This is the history from which our present time emerges.

As it turns out, our own arc in the US and EU is following a muted version of the above. After WWII, and only interrupted when the Cold War scared people into electing strong leaders, the Left has dominated Western politics. During that time, it has savaged religion, waged war on dissidents — but now we merely destroy their lives by calling them “racists,” and do not directly kill them — and has bankrupted national economies.

The result is a giant middle finger through the dual acts of Brexit and the rise of Donald Trump. People do not want to continue through the Leftist script which involves massive wars and finally the destruction of their nations. They tolerated Leftism through grudging resignation, but now, want off of this crazy train that threatens to destroy us.

Robert Merry, a biographer of President James Polk, thinks such a shift is under way. The status quo is never permanent, and the post-Franklin Delano Roosevelt Cold War consensus about globalization and internationalism, he says, â€œhas been killed by Donald Trump, for all his flaws and limitations. What we know from history is that when the identity and definition of the nation is at stake, the politics gets very intense.â€

Globalism and internationalism are dead. Big government is dead. Trust in Leftism is dead. And, for the first time in a long time, the assumption that liberal democracy is good has died. People are looking for a new way. Brexit and Trump are not the end goal, but the first steps.

If we can make these first steps work without stepping into the traps that undid George W. Bush, we can push further. Our goal is the revitalization and continued rise of Western Civilization, and this requires getting rid of liberal democracy and its understructure of equality, class warfare and diversity.

At this point, the thousand-year arc of Leftist thought is ending. It promised Utopia and delivered dystopia, but it was too subtle for most to see for the longest time. Now its mask is removed and we see the beast within, not just as Communism but as the worst aspects of human behavior and a lust for power.

Our coming decade will be defined by attempts to understand how deep the rot goes and to root it out, then figure out what we want to replace it with. A great deal of thinking and work awaits us, but it comes on a breeze of fresh air and hope that we can not just survive, but thrive and be great again.